My first Drone review! I haven’t really had a chance to play with any drones before, as none of my friends think they’re cool. But I do, and after playing with the Alpha Drone from kaiserbaas.com, I am now firmly in the Drones are cool camp.

I will admit first unboxing experience wasn’t great, to keep the cost and weight low the drone is made of a flimsy feeling plastic, and the control could be mistaken for something from a kid’s toy. So it’s not got that luxurious high end feel to it. Though I say the plastic is flimsy feeling, my lack of drone skills meant it has taken a bump or 5 and it still is yet to show any signs of breaking.

I even managed to drop it from around 5 feet and it still keeps going, which is shows a lot for the manufacturing of the drone and my lack of driving skills. 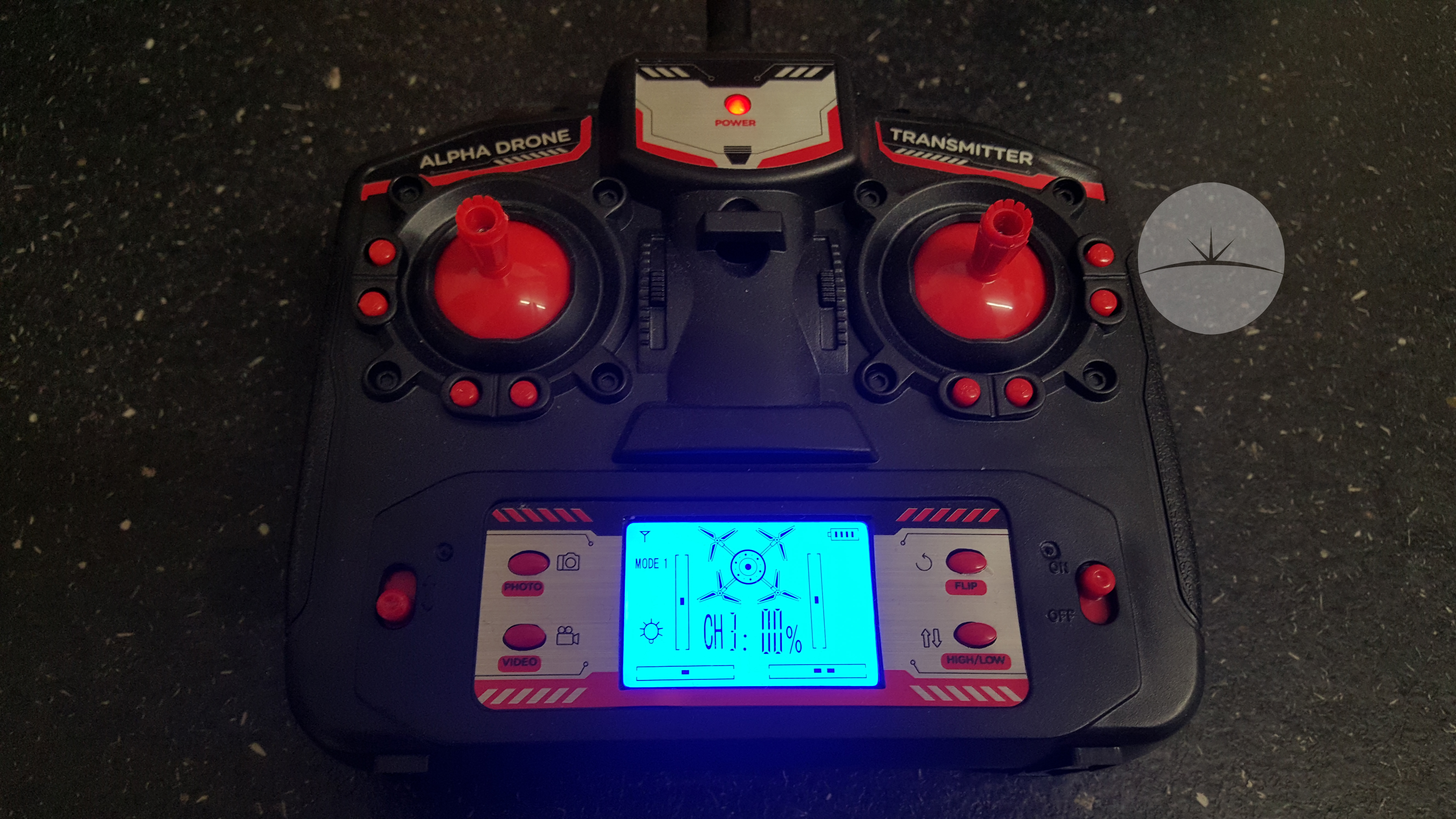 The Alpha Drone is powered by a 600mAh lithium battery, which can be charged via USB, which after a full charge (1 hour) will get you around 15 mins of flight time. The control pad is powered by 6 AA batteries, which aren’t included, again I would assume to keep costs down, though I did have to stick my hand down a couple of sofas to find enough. I found when out in the park the best idea is to carry a portable battery with you, so you can charge on the go.

The Alpha Drone comes equipped with a 720p camera that records and takes photos. These are saved into the microSD card, included in the packaging. Photos and videos are controlled from the controller. 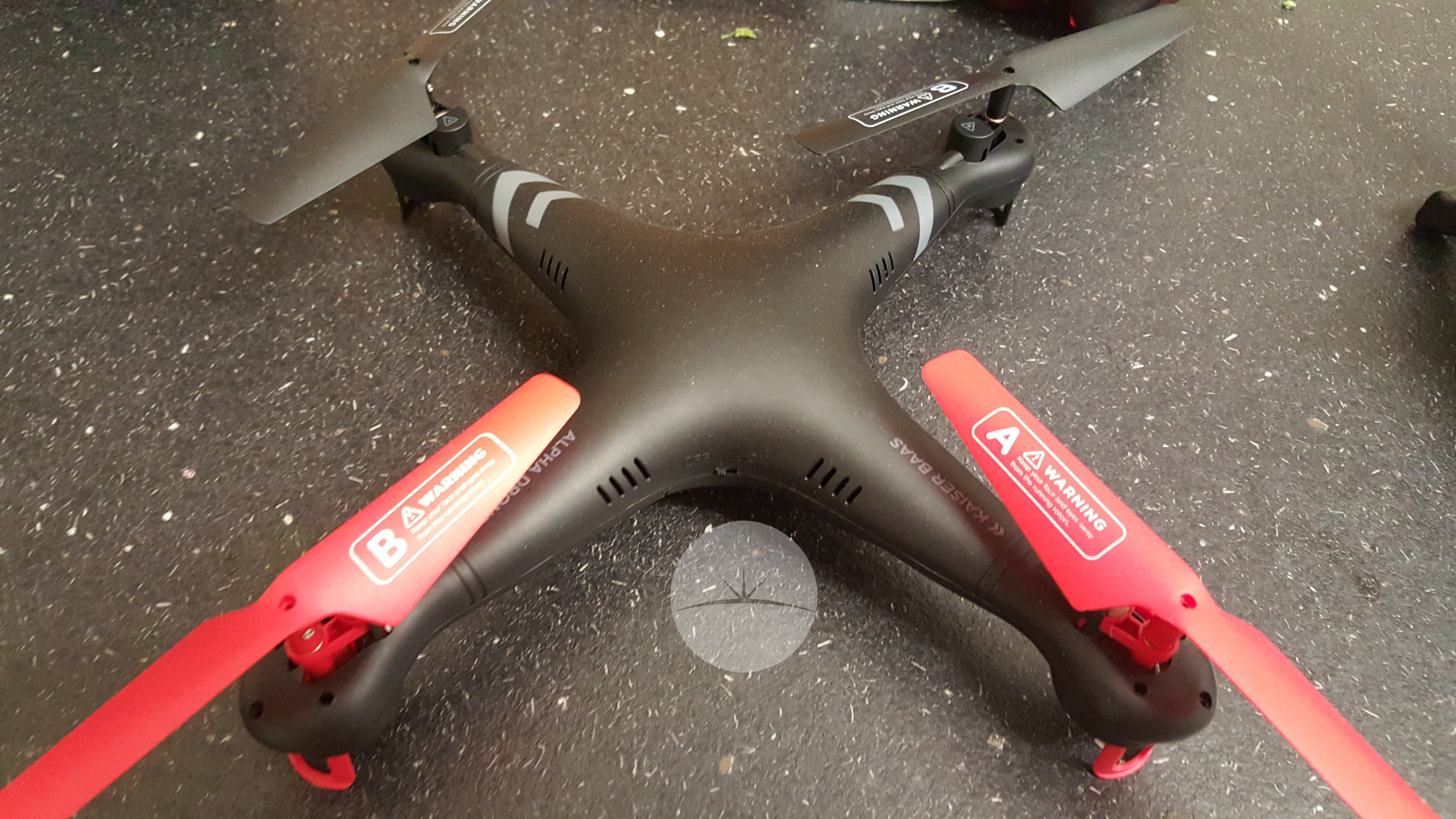 I did want to include some video with the review, though I am still learning and found the video a little too shaky to appreciate. I spent a good 2 – 3 weeks learning to fly the drone in my back garden, as I did tend to panic too quickly and shut the whole thing off. Which in the drone world isn’t the best idea.

The price for the Alpha Drone is only £135! Overall, the Alpha Drone from Kaiser Baas is a really fun Quadcopter drone to fly, and brilliant for first timers who want to sink their teeth in bigger and better drones. The built-in camera is a great added benefit, and one I didn’t expect to find. It’s fun to record and when I have some better video I will make sure I upload it. The price is a massive attraction for me, as it gives me a great drone experience for a fraction of the cost.

You can grab one from: