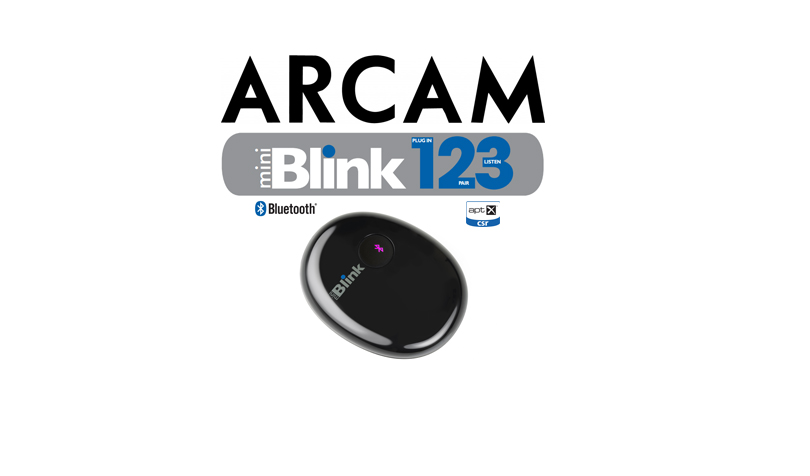 The miniBlink is Arcam’s newest Bluetooth receiver and DAC, a smaller, more affordable sibling of the rBlink, with a completely different form factor. This aesthetically pleasing black pebble is also extremely portable, a factor Arcam clearly kept at the forefront of it’s design.

The Arcam miniBlink is powered my Micro USB. Just think about that for a moment.

Included in the box are a Micro USB to USB lead and a very tidy USB mains adapter with interchangeable heads for the UK, US, EU and Australia. But the beauty of choosing Micro USB is that the odds are high that pretty much everyone you know will have a Micro USB charger in their house. I’m actually powering it with my phone’s charger as I write this. A simple thing on the face of it, but extremely convenient.

This means that if you want to call around to a friend and stream some music through their system, or demo your latest creation on Caustic 3, at most all you will need to carry is the miniBlink itself (which is tiny) and either the 3.5mm to RCA or 3.5mm to 3.5mm audio cables that come with the unit. The miniBlink’s very shape actually feels like it was designed to be equally at home dropped in a pocket as it is unobtrusively perched on top of your system. 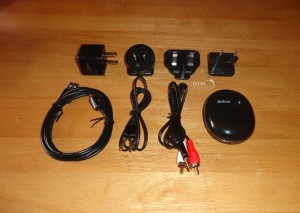 The supplied cables are very light, ideally so, given the low mass of the miniBlink. The last thing you need is a heavy, stiff cable making placement a pain. The 3.5mm connectors are some of the most svelte I’ve seen outside of headphone use, yet still use a gloss metal body making them not only practical but visually appealing, though the RCA connectors are of the generic type, and surprisingly the cables don’t carry the Arcam branding. Not a big thing but it would have been a nice touch.

Build quality is very good, the chassis of the miniBlink is entirely made of plastic but there were no creaks while handling it, and while you certainly wouldn’t want to step on it, I could imagine it shrugging off a few knocks and very short drops if you were careless while toting it about the place. There was a very faint rattle when shook, but that turned out to be nothing more than the slight but necessary play in the pairing button. The single moving part, the pairing button, carries the Bluetooth® logo, which lights up in one of three colours, depending on the status of the unit. Red is on standby, the pinkish/purple you can see in the main image at the top of this review means it is paired with a device, which then turns to blue once something is streamed through it. Again, an aesthetically pleasing touch. There is no NFC support, but it’s not needed, it takes mere seconds to pair, you simply turn on bluetooth on your phone or tablet, hold down the pairing button on the miniBlink and scan for it. Tap on Arcam bluetooth when it shows and you’re good to go. 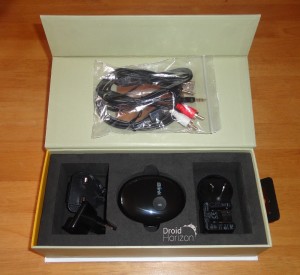 Unlike it’s bigger, more expensive sibling, the miniBlink eschews the digital out option, instead relying solely on the onboard Burr Brown 5102 DAC , using the single 3.5mm output to connect to your system. It makes sense, especially given the portability factor, and obviously, helps to keep the price down. 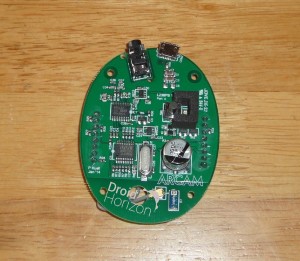 So what does the miniBlink sound like? Well given the fact that it has a BB 5102, and is aptX® certified my expectations were pretty high. And it lived up to those expectations. Detailed, warm sound with powerful, punchy bass, and a nice soundstage, it completely transformed my bedroom and kitchen systems, making them both sound like more expensive setups than they are. Connecting it up to my main system alongside the Crystal Acoustics BluDAC, probably the closest rival to the miniBlink in terms of price, the difference was night and day. As much value for money as the BluDAC represents, for the sake of £30 the miniBlink sounds drastically better. So much so that it actually sounds closer to the Mass Fidelity Relay, which retails at over twice the price. Comparing the two I found the Relay more revealing, which I would expect given the wildly differing price brackets of both, and I suspect the outcome would have been similar comparing the miniBlink to it’s more expensive sibling, the rBlink. One thing is certain….at it’s price range the miniBlink has no competition.

Using .flac’s and Neutron Music Player, the miniBlink was put through it’s paces using a variety of genres. It’s good. It’s very good. The Blade Runner OST was engaging and powerful. Switching to some jazz the miniBlink really got into it’s stride. Feed it some wind instruments, percussion, and vocals and it will amaze you. I found the bass to be a little bit forward with some ambient electronic tracks (already bass heavy), but lowering the preamp on Neutron a fraction remedied that. 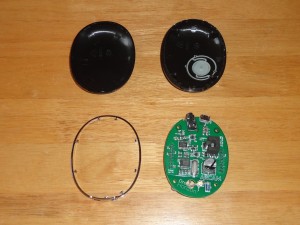 So, if you want to stream your music from your Androids to your sound system over bluetooth at the best possible quality for under the £100 mark, Arcam’s highly portable offering is unquestionably the best bang for your buck on the market right now.

Link to the official miniBlink information sheet for those of you curious. 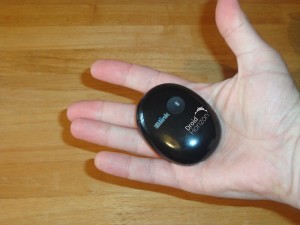 The miniBlink is ultra portable… 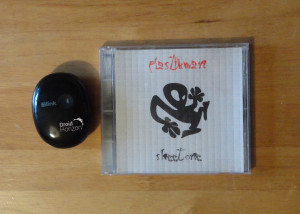 For a sense of scale…