The Belkin SongStream BT HD Bluetooth® Music Receiver  is Belkin’s second Bluetooth® music receiver , it has bulked up, added NFC and optical and coaxial digital outputs to it’s predecessor’s single 3.5mm option. Included in the box are an RCA to 3.5mm cable and a coaxial cable. 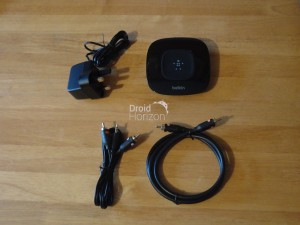 RCA to 3.5mm and coaxial cables included in the box…

Having the choice between optical and coaxial outputs is unusual, most bluetooth audio offerings either opt for an analog/optical arrangement or an analog/coaxial one. The Belkin SongStream BT HD Bluetooth Music Receiver is the first I’ve encountered that offers both. Build quality is pretty good, the unit is solid, with no creaking. The underside has a matte finish with a large foam pad that does a good job of keeping the unit in place despite it’s lack of weight, even when using the coaxial cable. Up top is a gloss finish that while looking good can tend to collect fingerprints, though once connected to your amplifier it’s unlikely to be handled much, using NFC to connect, or just scanning for bluetooth devices in the area will keep the need for contact to a minimum. The slightly recessed rubber panel on the top of the unit houses the NFC chip. If for some reason you are running a device with NFC but your Android firmware is 4.0 or 4.0.1 you will need to download the Belkin BT app from Google Play.

Performance seems reliable, with a mostly clear line of sight I’ve noticed no issues to date at up to 11m, and I haven’t experienced any dropouts.

I found it odd though, that Belkin chose to offer three different output options, and NFC pairing but not Apt-X. 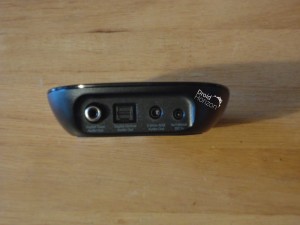 So what does it sound like? Using the analog out, in a word…underwhelming. Using Neutron Music Player and various .flac files I put it through it’s paces. The soundstage was reasonable, and the level of detail wasn’t bad, but it felt slightly flat. Compared to the Crystal Acoustics BluDAC or the Betasphere Audio Beacon HR-120 it just wasn’t anywhere near as engaging. Worse, the line level output was far lower than both of the the others, meaning you are going to have to crank the volume a lot higher even to listen at low levels.

Switching to digital outputs, both optical and coaxial volume levels were back in line with the other devices. With the DAC in my amplifiers converting the digital signal to analog, the Belkin makes much more sense.

So, if you are planning on connecting this to your amplifier or A/V receiver and letting their onboard DAC do all the work then the Belkin SongStream BT HD is definitely worth a look, as it can currently be had for $59.99 direct from belkin.com or for £24.99 from amazon.co.uk which makes it cheaper than both the BluDAC and the HR-120, and having the choice of using either the optical or coaxial outputs is a handy bonus. A no brainer at those prices.

On the other hand, if you are limited to an analog (RCA) connection the Belkin doesn’t represent the best bang for your buck when compared to it’s closest competitors. 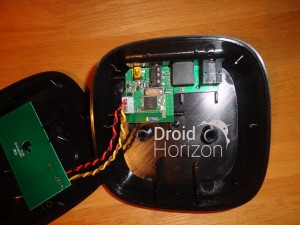 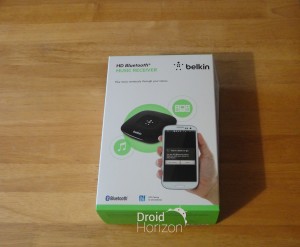 Review: RhinoShield Screen and Back Protectors for the OnePlus 6
September 18, 2018