I admit it. For a gamer, I’m old. At my age I’m supposed to have more sense. I certainly should have matured past mindlessly violent video games. Way back in 1997 it was a different story. I was in my twenties and although the internet had already started to take off, my home was totally off-line. I was into PC gaming and used to buy PC magazines mainly for their cover CD crammed full of free software and games demos.

One such demo was for the demolition derby racer Carmageddon. Already a very controversial release due to the way it rewarded you for mowing people down in a cloud of blood, the demo had been censored in the UK with the people replaced with green-blooded zombies. Luckily this didn’t affect the game-play, and I was instantly hooked. I played that single-level demo so many times that my forgetful brain can still remember it 16 years later. For whatever reason I never did purchase the full game, so it did spark my interest when I heard that thanks to a Kickstarter campaign it was coming to Android. 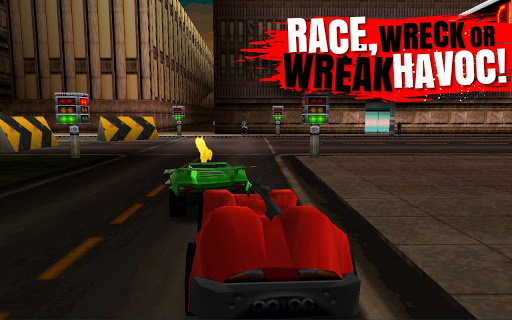 The game itself is fairly simple – you can win by being the first to drive through all the checkpoints for a number of laps, smashing your opponents cars until they can’t move or running over every pedestrian. There’s a constantly running down timer that gets extended on crossing a checkpoint, hitting an opponent car, splatting someone or performing a particularly spectacular stunt. There are also barrels with various power-ups such as Jelly Suspension or Gravity from Jupiter. At the cost of some points you can also repair your car, making the smash all your opponents option the easiest way to win. The on-screen controls are effective and provide a good approximation of using the original keys. 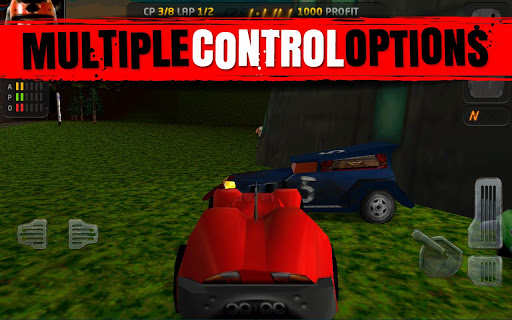 This is a direct port of the original game which is a lot closer to the age of Doom than modern titles. Don’t expect any great level of realism and the graphics are very simplistic (such as the pedestrians who must have around 3 frames of animation – it doesn’t matter how gently you hit them, they still splatter in just the same way). The audio samples are also very repetitive and start to irritate after a while. This was also developed way before the likes of GTA 3, and there’s no way-finder or map. Expect a little driving around before you find the next checkpoint or that elusive last opponent. 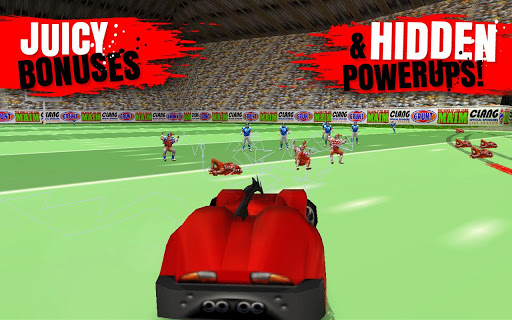 Overall the old game-play is still here, and Carmageddon is still lots of fun to play. It would be nice to see an updated version, perhaps with multi-player support – maybe even another Kickstarter campaign? It doesn’t matter whether you’re new to Carmageddon or want to check it out for nostalgic reasons – the full game is well worth the £1.49 asking price, and just like the old days there’s a single level free version to get you hooked.