Well guys it’s here 2016 and with so much to look forward to this year in mobile gaming we take a look at some of last year’s top and most memorable mobile games for both tablet and phone, so let’s start in reverse order and links are in the titles guys so check them out, trust me we got you covered. 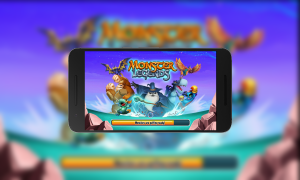 Monster Legends is a freemium game of breeding monsters and farming, you start off with a couple of monsters and get them to breed and the possibilities are ridiculous, with almost 250 monsters to breed and some taking nearly 3 to 4 days to hatch so you won’t run out of things to do and upgradable farms, pens, hatchery also. 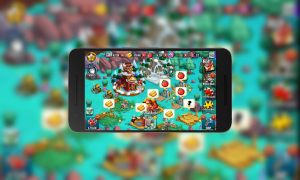 Along with breeding you also have quests, dungeons and PvP (player vs player) putting your monsters against somebody else’s for fame, glory and those all important XP points. 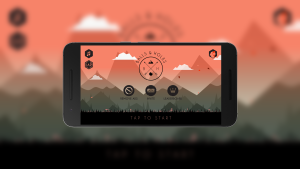 Balls & Holes mixes the shadow type of game like anger of stick and blends it with the material look we’ve come to love and endless runners, as you may have guessed you run along jumping over gaps in the floor while running over mounds and avoiding the various sized balls that come hurdling down the same hill you’re running up. 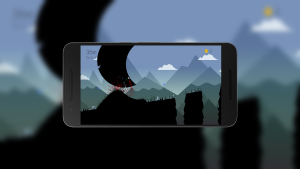 There are IAP’s in the shape of ad removal and purchasable characters, there are coins to collect along the way which can buy some of the characters (excluding the IAP guys of course) the idea is just to keep going and controls are easy as pie, left side of the screen when pressed gets you to run left, let it go and he runs right, right hand of the screen is your jump to …. well jump over obstacles . 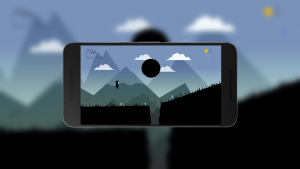 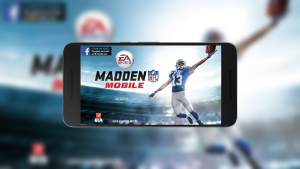 Madden mobile brings the NFL Madden experience to your mobile device in a way that is that unrivalled, your team is what you can make out of packs you earn or buy in classes bronze, silver, gold, and elite so popular is this game ( especially with our American brothers & sisters ) there are communities on Google+ to give tips, and league invites. 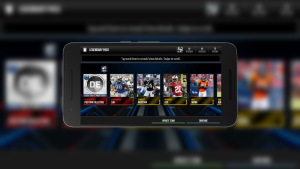 The leagues which I mentioned above is similar to the war system from Clash of Clans in that one group of people are playing against another to determine a winner during a timed event. Of course you don’t have or need to be in a league ( it’s just fun to ) you can go it alone and go head to head with other players to gain those XP points and fans or you can take part in the single player events for reward packs and complete sets of cards for greater rewards. 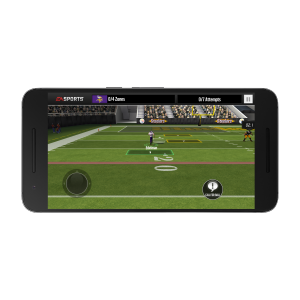 Like most games there are in app purchases for in game currency which range from fairly cheep to heavily expensive so be aware, the in game currency is gold and madden notes both can be used to purchase either player packs to boost your overall attack or defense with new players or event packs for the chance to complete those all important sets.

There is also an in game auction house to sell those not so important players for gold or to buy players the choice is yours.

Number 2. The martian : Bring him home 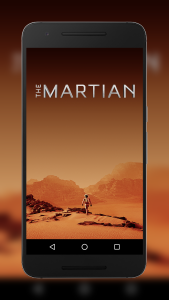 This is a unique story based game in which the story unfolds in your notification window, for those who have not seen the film or read the book its about Mark Watney who is stranded on Mars after he and his team needed to leave in a hurry during a major Martian storm, Watney is hit with debris forcing him away from the crew into the storm, his crew mates fearing the worse to leave him behind thinking him dead. 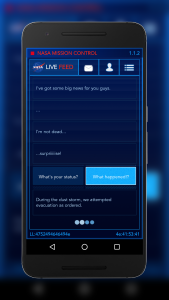 The basic mechanics of the game is to read the information (story) Watney is giving you then solving the scientific problems like how much oxygen needs to be vented etc.. 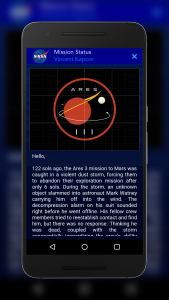 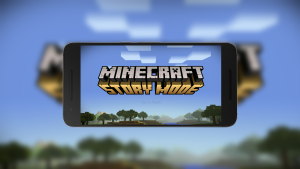 Needless to say Minecraft cannot do any wrong these days with monthly updates to their very popular minecraft pocket edition and the regular snapshots to PC and console versions, but excitement ran high last year when rumours started circulating about telltale games bringing a minecraft story based game, then during e3 it was finally announced and the minecraft community whet nuts and it is easy to see why.

Like all off telltale games it is decision based and the story unfolds as you decide weather it be go left or right or craft a diamond sword or a wooden pickaxe. 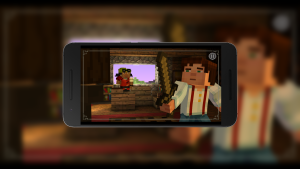 Needless to say every Minecraft fan in the world will want to play it and I am one of them and i’m pretty sure I will play this until the last chapter is done and dusted, this is a fantastic and easy to use game that captures what it would feel like living in the Minecraft world. 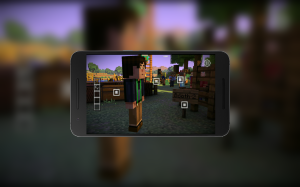 Well that’s it guys, that is my run down of what i think where the top 5 games of 2015 and it only gets better going into 2016 with new titles from Fireproof Games and telltale games releasing a new title to their popular episodic series catalogue

But let us know what you think, what would have been your top 5 we’d love to hear from you so drop a comment below or on our G+ and Facebook pages.

Why Are Mobile Casino Apps So Popular This Year?

Any good online casino, as well as having a main site, will also make available a strong mobile casino in order to keep attracting customers. Tons of casino apps exist for smartphones and tablets, meaning gambling on the move is more popular than ever. But why has it taken off in such a big way in 2020? Well, the reason is simply that during a time of unprecedented global struggle and with many un...[Read More]

Why Android Could Become your Primary Gaming System

Gaming on Android has come a long way in a very short time. Yet, despite tremendous growth, we tend to see Android as an optional platform rather than a primary one. In the coming years, this could change, as the promise of new technologies and infrastructure could easily make Android systems your preferred way to engage. Multiplatform and Direct Play For most players, the way we get involved in A...[Read More]

The growth in popularity of online games seems to have given a new lease of life to many of our old favourites, enabling people to partake with others without the need to be in the same room or even creating new demand for the old games from those who would never have played them otherwise. Here we take a look at some of the best mobile apps which have revitalised traditional games of the past. &n...[Read More]

The android games worth downloading at the moment

The gaming world is a vastly detailed and comprehensively brilliant one these days. The amount of different games and devices to game on is like we’ve never seen before, alongside the improvements made around graphics, gameplay and the rest. Gaming is in a healthy place, that much is obvious. In fact, it has never been healthier.  One factor which has contributed massively to the growth of gaming ...[Read More]

Mobile games have gained vast popularity in recent years. Whether you are a casual gamer or you need some popular game options to build on your Google play library, you will always find a game that suits you. Due to the abundant choices of various sets available, picking the right one can be quite challenging. Here are several options that you can choose to keep you entertained throughout. PUBG Mo...[Read More]

3 Android Games that Will Tickle Your Brain

I know I love a good brain teaser from time to time, and so do a lot of mobile game players. These games are fun when you have to endure through a boring commute or when you’re looking for a bit of excitement and challenge.  Since I’ve played loads of Android games, and I know good games are hard to find in the pile of games Google Play offers, I thought to share some of these fun games that...[Read More]

Why It’s Crucial To Mind The Volume While Gaming

Don’t you just love it when you come back home from a long day or you’ve just finished your chores early and you can play some fun video games in those sweet relaxing hours before heading to bed? Gaming can be the best and relaxing experience for you, but you need to take care of the volume and the sounds that you hear. Indeed, the music is great along with the voice acting and other sound e...[Read More]

71% of the UK adult population use an app on their smartphone or an online browser to access their bank according to MoneySavingExpert. Financial technology is developing quickly and people are happily embracing it in their everyday lives. Financial apps can offer ease of access to money management and can assist with realistic budgeting, saving, getting out of debt and making speedy payments, amo...[Read More]

Pre-Order Your Coffee At Costa Collect

Huawei has today announced the launch of StorySign, an app that will help enrich story time for deaf children and their parents. There are approximately 32 million deaf children globally, and many struggle to learn to read, often due to a lack of resources bridging sign language and reading. StorySign uses the power of Huawei’s AI to create an authentic reading experience, helping to open the worl...[Read More]

One requires special techniques to be a pro gamer gained through daily practice or learning from the finest in the game. There are numerous contests ranging from racing, combat etc., to compete in. Once skilled, you can play PUBG online and earn substantial amounts. So below are the ten paramount tips and “stunts” from gurus you ought to have to battle it out successfully.   Loot ...[Read More]