Here in 2020, it wouldn’t be an overstatement to say that online poker is now a global phenomenon. Forming an integral part of the juggernaut that is the
online real money gaming industry (iGaming), online poker is enjoyed by players all over the world, participating in everything from play money social games to professional level tournaments.

Much like the wider gaming industry itself, online poker as a form of entertainment is still pretty new and is very much a 21st century trend, having come into its own at the turn of the Millennium. As the gaming world enters into a new decade of development and innovation, let s take a look back at the past 20+ years of online poker.

It wasn’t all that long ago that the world relied on dial-up internet to stay connected. Commercial broadband didn’t fully hit the mainstream until the late 90s/early 2000s, so the early days of online poker were very much tied in to the tech trends of the time.

The first instance of online, or virtual, poker to hit the Internet happened in the early 90s, when WSOP World Champions Greg Raymer and Chris Ferguson began to compete in poker games played over Internet Relay Chat (IRC). The games, running on a dial-up connection, would be considered prehistoric these days with primitive technology – commands needed to be entered into the program – and slow to load graphics making them only for the dedicated few. They paved the way for something better, however, and rapid innovation meant that by the end of the 90s, real money online poker games could finally be played.

Crazy Mike Caro, the professional poker player and writer, founded the very first online poker website in 1997 – Planet Poker. It officially launched on 1st January 1998, and offered low buy-in Texas Hold em games. Within just a few months, the site was running mini tournaments that would last a couple of days, and was pulling in players from all across the world. It also set the template for the platforms that were about to enter the market, and subsequently dominate it, in the years to come.

At the turn of the century, online poker was in full swing, going from just a few players on rotating virtual tables, to worldwide tournaments that were open to millions of players and had eye watering prize pools on offer. In 2003, the World Series of Poker partnered with a leading online poker platform to offer satellite tournaments that would give players a way to enter the live $10,000 WSOP Main Event. 37 players won their entry to the big table that year, but only one of them walked away with the gold bracelet. 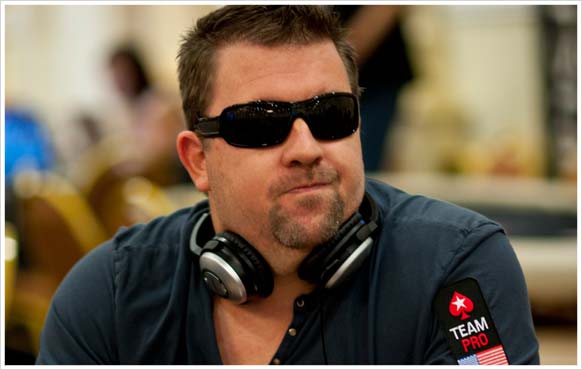 Chris Moneymaker was an amateur player when he first made his $40 buy in for the WSOP, but by the end of that year he d be 2003 WSOP Champion and the face of the online poker boom. As if the story of an amateur player rapidly rising through the ranks to beat the best of the best and win wasn’t appealing enough, ESPN decided to televise and broadcast the action from the final table, motivating millions of amateur players around the world to take to the virtual tables to achieve their dreams.  And with that began the golden age of online poker, as platforms swept the globe and major celebrities became spokespeople and ambassadors…

Online Poker in 2020 and beyond

Like all tech industries, online poker s road to becoming a multi-billion dollar global industry wasn’t the smoothest, with complications in the US market during the last decade preventing hundreds of thousands of players from accessing high quality platforms. Nevertheless, online poker is back on track and flourishing like never before, and it has a bright future in its sights.

Making a diverse range of gaming options and tournaments available online is a surefire way of future-proofing online poker. Although the game itself never changes, players are embracing innovative new ways to play poker that compliment their lifestyles. Fast fold variants like Zoom Poker appeal to time-pressed players who want to make the most of their time at the online tables, while Virtual Reality experiences will resonate with experienced video gamers as well as those who are curious about technological innovation. A quick glance at some of the top streamers on platforms like Twitch will demonstrate the ways in which players can carve out professional – and international – poker gaming careers, and the game is also beginning to make a triumphant return to US shores.

In November 2019, Pennsylvania became the fourth US state to launch a fully-regulated online poker platform to its residents, joining Nevada, Delaware, and New Jersey in paving the way for more widespread availability and mainstream acceptance in the country. However, if you think the US might be the catalyst for online poker’s second boom, you d be mistaken.

The Indian market is now emerging as a strong player in the field, with poker online in the country set to be worth $1 billion by the end of this year. And with major sports stars and Bollywood legends now signing up as platform ambassadors, it probably won’t be long before another amateur player emerges to take the game into the stratosphere.

How Online Bingo is Suited to Mobile Gaming
October 22, 2020