Hooray! Finally we have 4.2.2 on the HTC One. I am not using the “Official” version of this update, i’m using the ARHD version, which for the time being is stock but with a few tweaks here and there.  The first thing that got me, was the change to the internal storage, it creates a new space and when you first log on all your music and images are gone. Now this can be resolved by using a file explorer and moving all the stuff over to the new space. On my second time around installing this Rom I found its easier to simply backup the sd-card and wipe everything, then copy it back after. This was a bit easier and made the transition slightly easier.

Blinkfeed is still here, though HTC have said there are improvements, I don’t use it enough to notice any differences. Some changes I was happy about was the removal of the unnecessary system app “Kidmode”, it can still be downloaded from the market, but it has now been removed as a immovable system app. The gallery app is now less about social media and more about custom settings. You now don’t get Facebook albums stuck down your throat, there just a “Friends” tab, but they are still behind a Facebook logo folder which can be turned off in 2 clicks. You also now get stock EQS, you can click the button in the status bar and get access to lots of system settings, as well as your lovely profile picture. They have also added the option to display a percentage for battery level, though I was slightly disappointed that it is next to the battery bar and doesn’t replace it. The home button is now the button to use, one press returns you to the home screen, press and hold and you get the menu option, and then swipe up from it and you get access to Google Now. 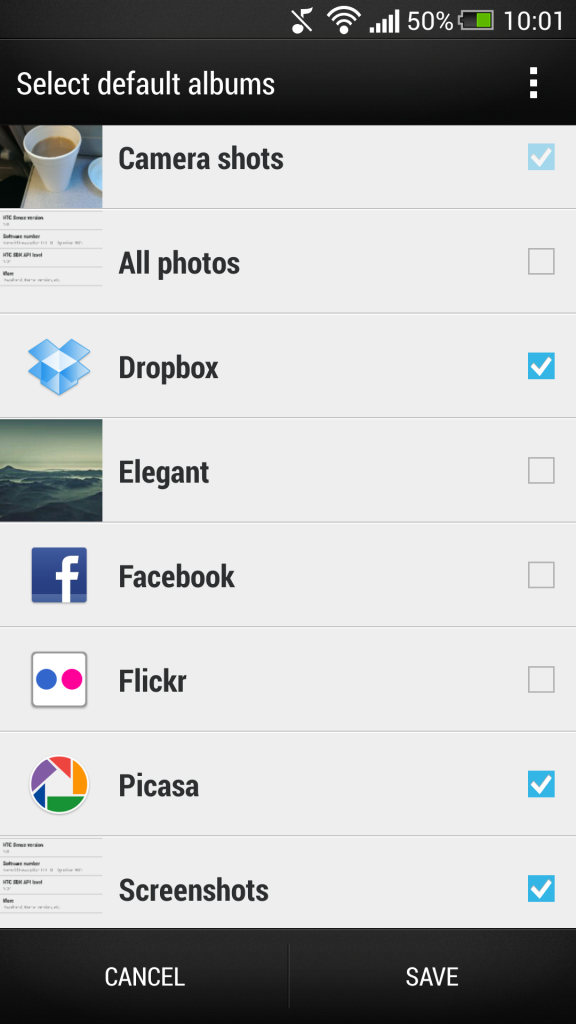 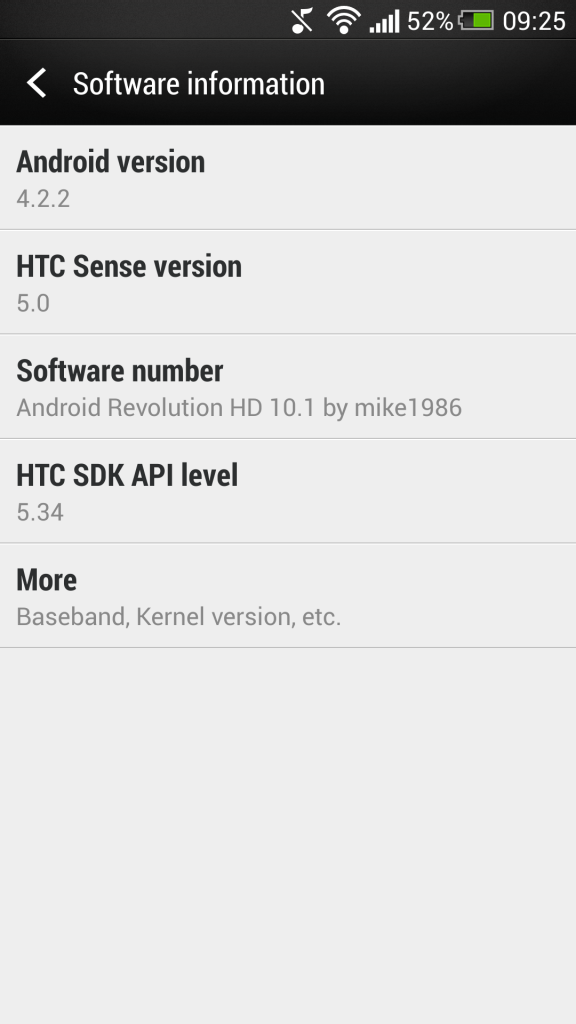 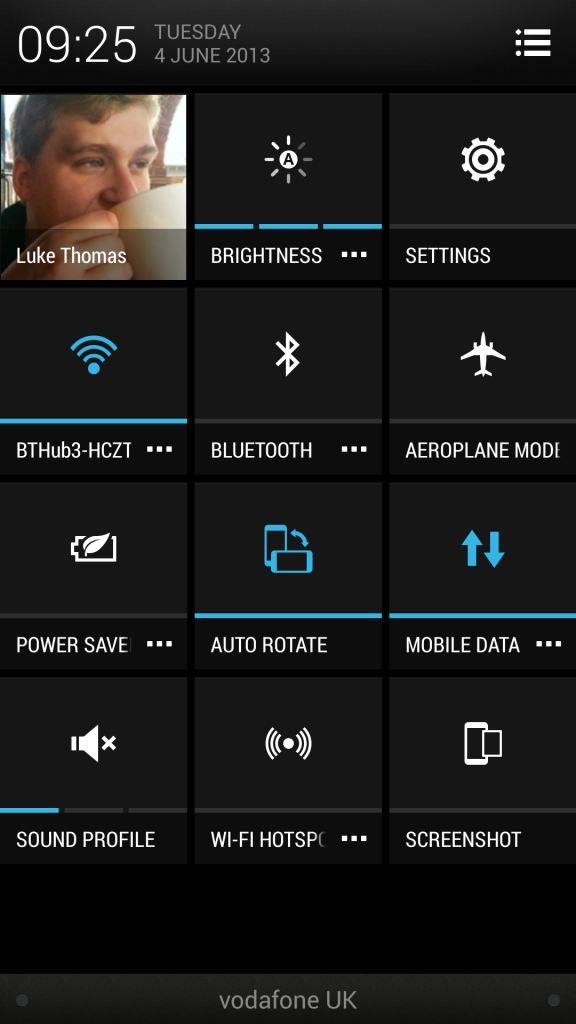 I cant comment on battery life at the moment, as I have only been running the rom for a couple of days. But I appear to be getting 15 hours on normal use, wifi on and installing apps. I’m currently in the process of draining and fully charging the battery, to see if this gets any better results. The phone does get cooler a lot quicker and doesn’t get as hot any more, this may be due to the “Thermal configuration improvements” in the update, or the fact that I have not installed half as many apps as I had before. The camera still works, no photosphere but there are camera improvements, yet I haven’t noticed any major differences.There is still an overall HTC feel to this rom, its not like AOSP or CM and still has most of the HTC tweaks and settings.

Im not sure when the stock update will be appearing on your phones, but if you cant wait head over to XDA and get downloading.