Mosaique may be the most simple minimal game I have ever played. There’s no narrative to justify why you are hitting blocks with other blocks. The tutorial isn’t even needed, as the game is very intuitive and easy to pick up  The game is made up of seven rounds, and as you might guess each gets harder then the last. The static board is filled with a set of coloured blocks at the start of each round, and it’s up to you to remove them all. You hold one block, and fire it into a block or blocks of matching colour, this then destroys them. Your block will continue on its path until it hits either a block of a different color or the wall.

The more same-coloured blocks it breaks through, the more points you gain. Firing your current block at one of a different color only switches them out, which with practice means you can set up long lines of the same color. 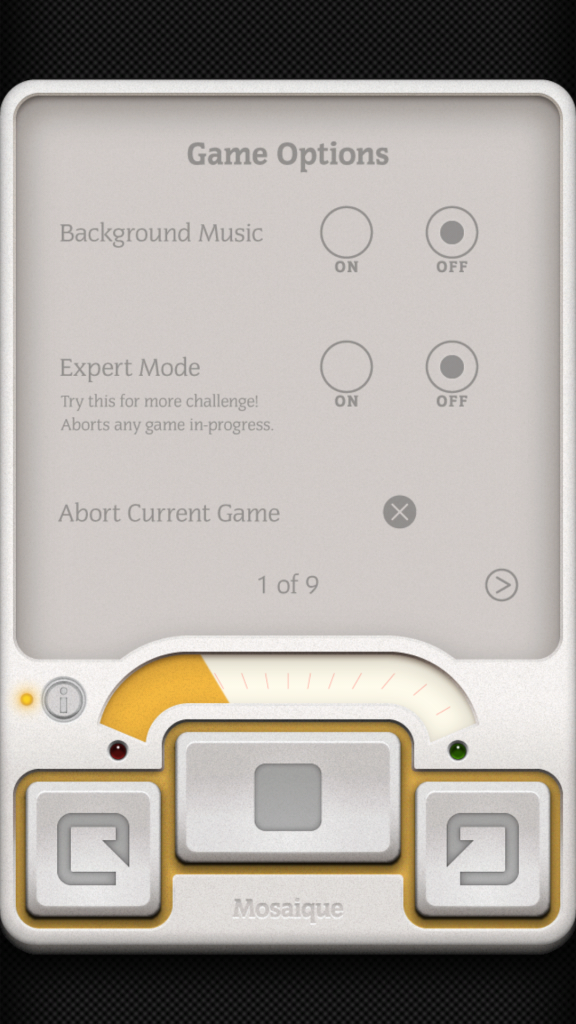 There is no timer for this game, but it does use a “meter” system, the more times you fire the block, the lower the meter goes. Your meter will also turn the color of whatever block you’re holding. Max the meter out, and it and your current block will go psychedelic, with your next shot destroying everything in its path including the black blocks which serve as obstacles.  You also get quite a nice light show, and is similar to when Sonic goes invincible. 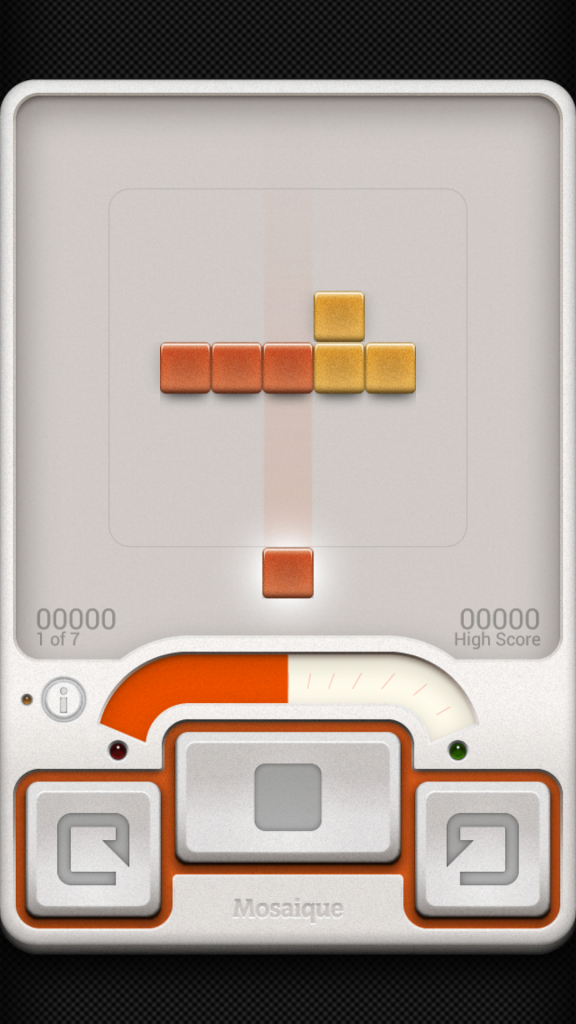 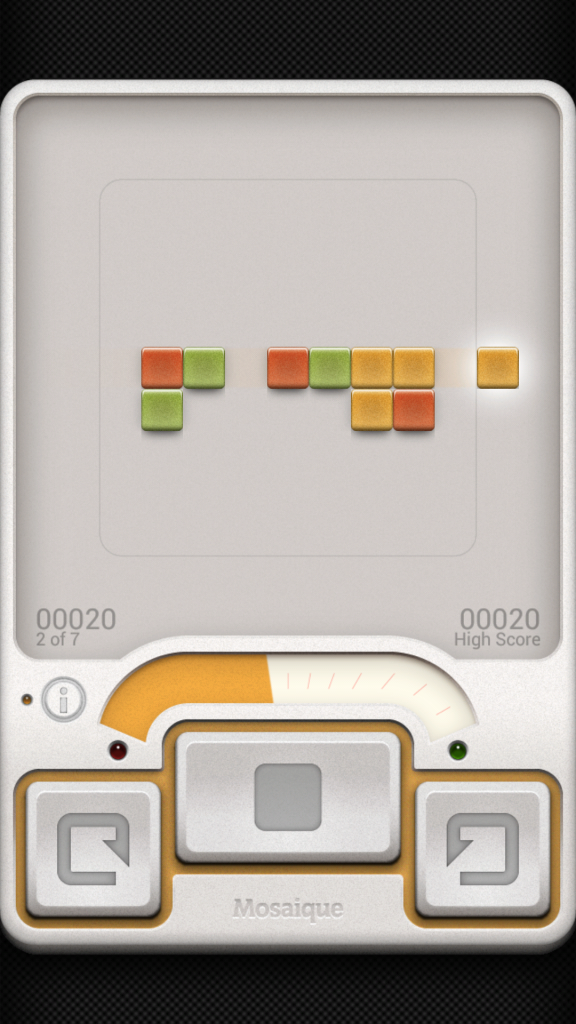 There is really not much else to this game. A one of cost of 65p, no IAP’s or any other paid restrictions in the game. The slowed game pace and relaxing music, is what this game is all about.  If your after a simple fun game to play, with no ads or IAP’s, then this is the game for you.

Link for the game is below: