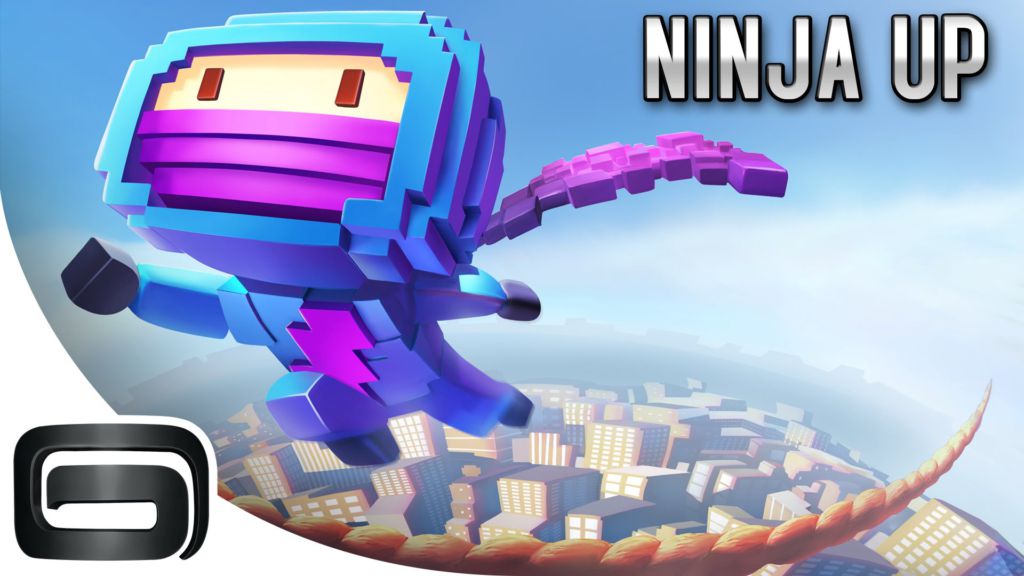 Jump as high as you can with the most daring 2D pixel ninja!

Will you make careful mini-jumps, or shoot for the moon with wildly high leaps of faith? It’s up to you in this retro arcade adventure that will test your skills unlike any other endless runner.

Gameloft have launched a new title that sits nicely in the “grab and play” category. You control the main character who’s objective is to get as high as you can, think like an endless runner style game but you’re heading up, up and away. Not exactly dipped with a deep story line or plot, that’s ok though because it doesn’t really have to be. Ninja Up is a fun game that can be enjoyed when you have a spare ten minutes waiting for your next train or waiting for your wife buying groceries.

A simple swiping action is all you need to get your ninja dude on his way airborne, whilst keeping your eye out for the bad guy ninjas and any obstacles that may be in your way to reach the highest score. All very simple game play which can be played by all ages. Google Play Game Services leaderboards are included to beat your friends and some achievements are available here too. (Not much depth or thought was put in, if I’m being honest here, but we’ll take it for what it is)

Unlike most of Gameloft’s titles, Ninja Up is free but does have adverts. There’s no way to remove the ads, so you’ll just have to grin and bare with it as well. Surprisingly the company haven’t found a way to implement any In App Purchases either. There’s no in-game currency or stars to collect, it’s one hundred percent free. Not often that happens with this crowd. I’m not Gameloft’s biggest fan but they have developed and published a fun game here that certainly needs more of my friends to play to see how our high scores line up against each other. Will I be playing Ninja Up in a months time? Probably not. Would I recommend our readers to grab it and give it a go? Most certainly!

Have a watch of some high quality bouncing and Ninja moves in our short gameplay video . Did I ever mention I took karate lessons when I was a kid? The proof is there for all to see. Enjoy!