We love a board game in my family, and have an abundance of them. So I was more then happy to check out two popular and very different games from Gibsons. Pass the Bomb is a quick thinking word game, where you hold a bomb and pass it when you can think or a word. 221b Baker Street is a cluedo style game, centered around the adventures of Sherlock Holmes.

I am a huge fan of any game that takes 3 mins to explain. Simple games which you can just pickup and play whenever anyone is round. Pass the Bomb is a game of words.The idea is to come up with words that fit one of three criterias whilst playing pass-the-parcel with a bomb.
The box contains:

You have the pile of cards in the center. The idea is to come up with a word that contains the letters written on that card. To make it slightly more difficult the dice is rolled and this determines where the letters on the card may not be used within a word (at the beginning, at the end or no restriction).

The person then starts the bomb and starts guessing the first word, then passing the bomb onto the next player. This continues round and round with each player having to come up with a different word as the bomb is passed round. The bomb has a great tick sound to it, and is almost cartoony. The person holding the bomb when it goes off then loses the round.

I loved the look on my wife’s face as the panic sinks in. You need to be quick on your feet and its worse when someone just said the word you were going to say. 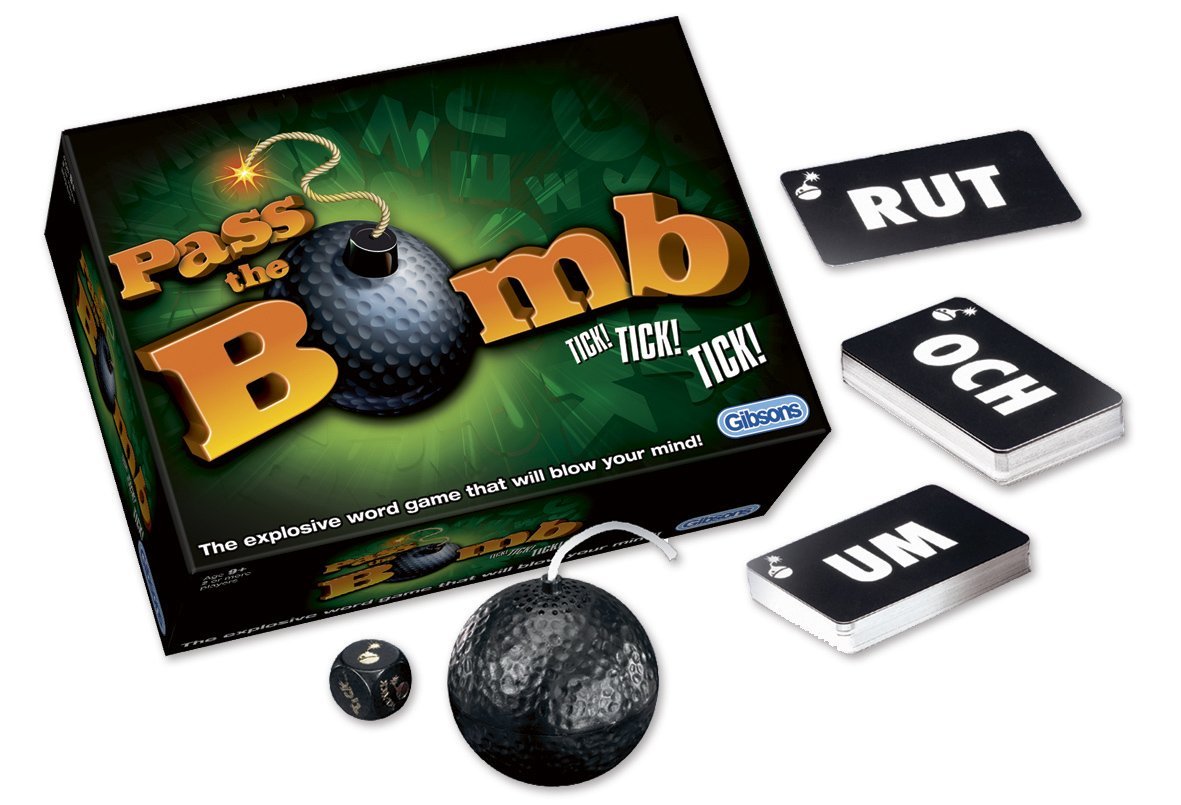 The first thing I noticed was the board was really colourful and had a great amount of detail to it. You get 75 cases with this game, and when I saw that I did think that wouldn’t be enough. But I have progressed through 12 in the month I had the game, and I cannot remember the first case I did. I think this had loads of potential to be a game to come back to.

All players get clues to a case while moving around the board. Your goal is to solve the case first. This is done by rolling the dice, moving around the board and collecting clues from different locations. Unlike Cludedo, there is only one answer per case. The case card features questions, which the players must answer on their own pads.

This is definitely a Christmas game, I can’t see myself playing this game every week. But a couple of games during the festive season will get the family arguments brewing.

RRP £18.99. A great price for anyone, and especially good if you are a Sherlock fan. 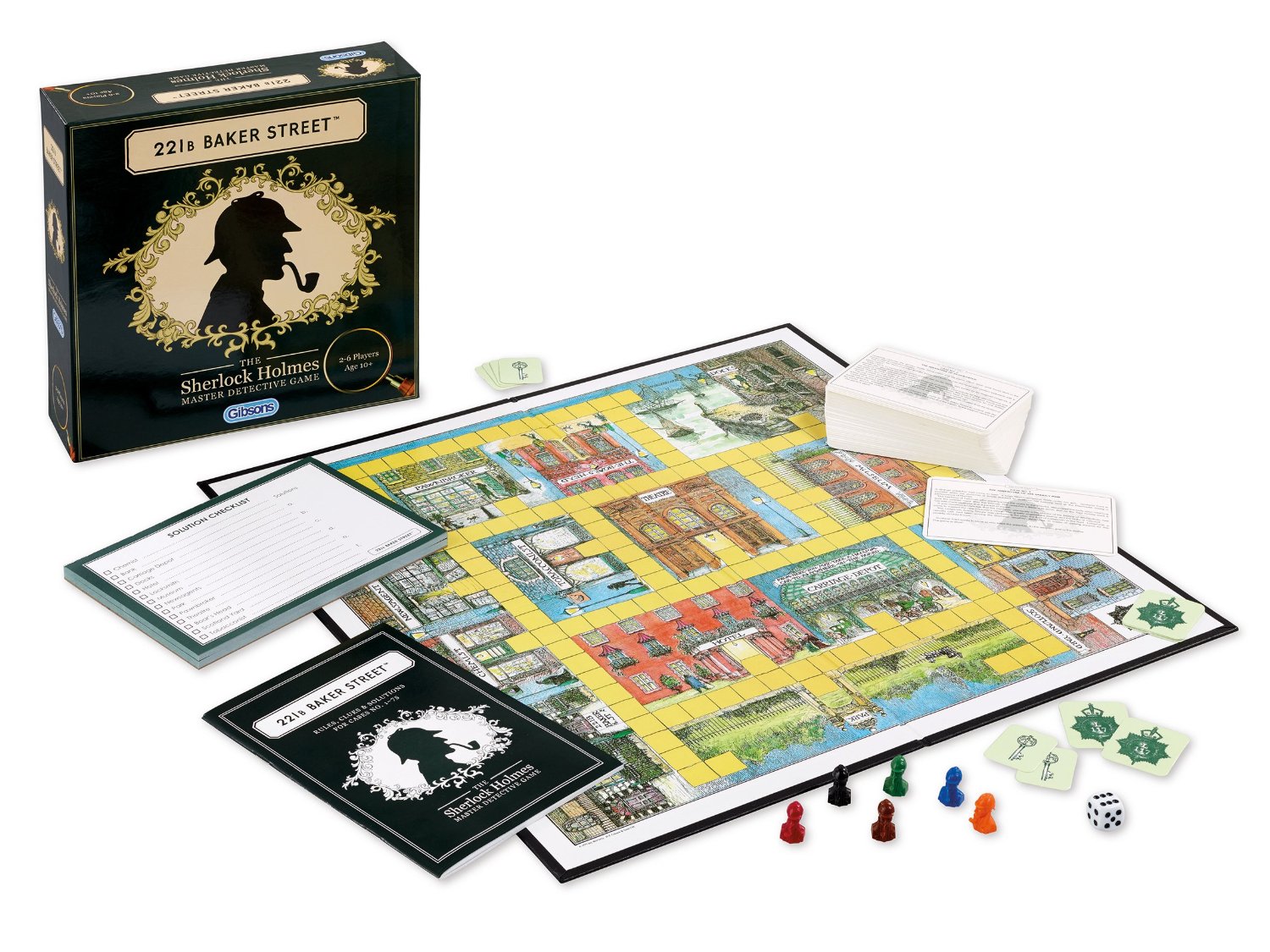