Sold by Bestek, I’ve recently spent some time charging some of my portable devices on one of their surge protector units that can also power multiple devices. It’s akin to the power strips that seem ubiquitous these days, only it’s vastly different in it’s shape. Having run several tests on it, it seems to perform as designed, from what I can tell. 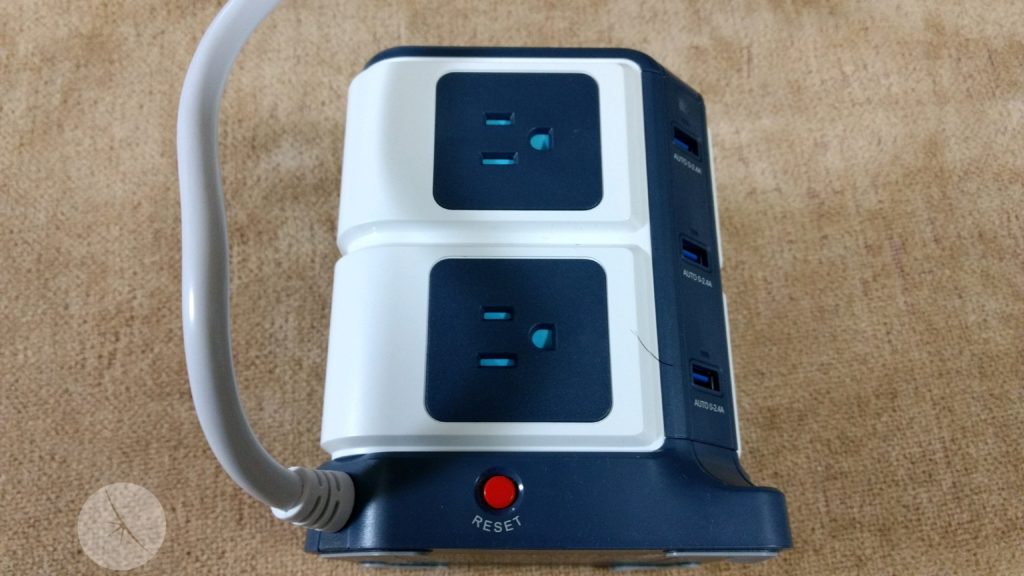 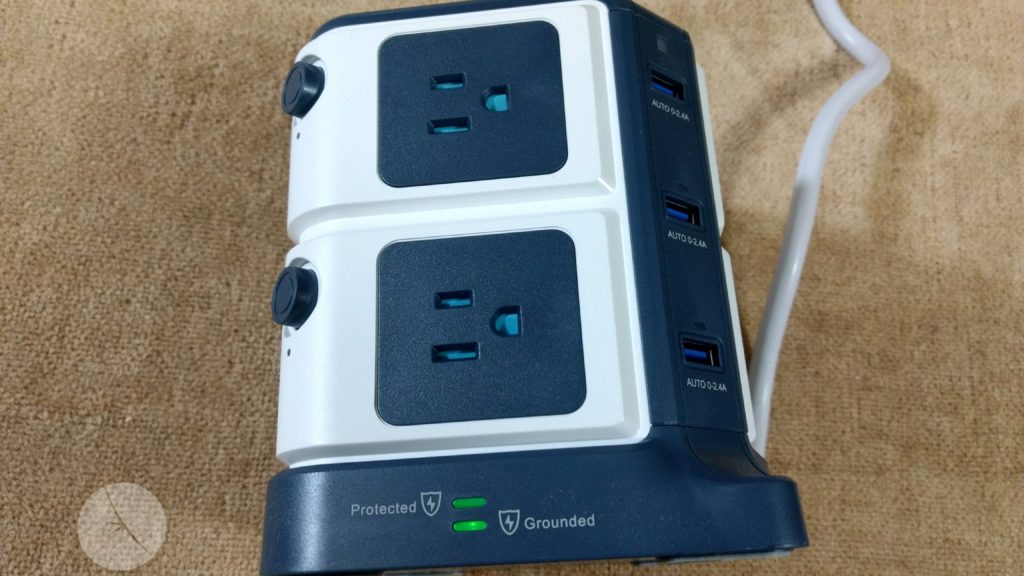 The unit is a somewhat large box, that’s somewhat cube-ish in it’s shape. There are a pair of electrical outlets on each of the four sides. Where the sides come together, there are columns of either Type-A USB charging ports or breaker switches for the outlets, on alternating “corners” that appear to have been flattened to contain these narrower functions; I’d describe the sides of the unit as octagonal, but that seems to call up the incorrect mental image. The unit is powered by a thick cable that’s nearly six feet in length and fastened to the unit, and is white in coloring. The exterior is comprised entirely of plastic, and is colored in white at some parts, and a semi-dark blue in others. While I happen to like these colors, it doesn’t strike me as a pairing that would be complimentary in a lot of rooms, so I think this is your typical situation where function was elevated over form. 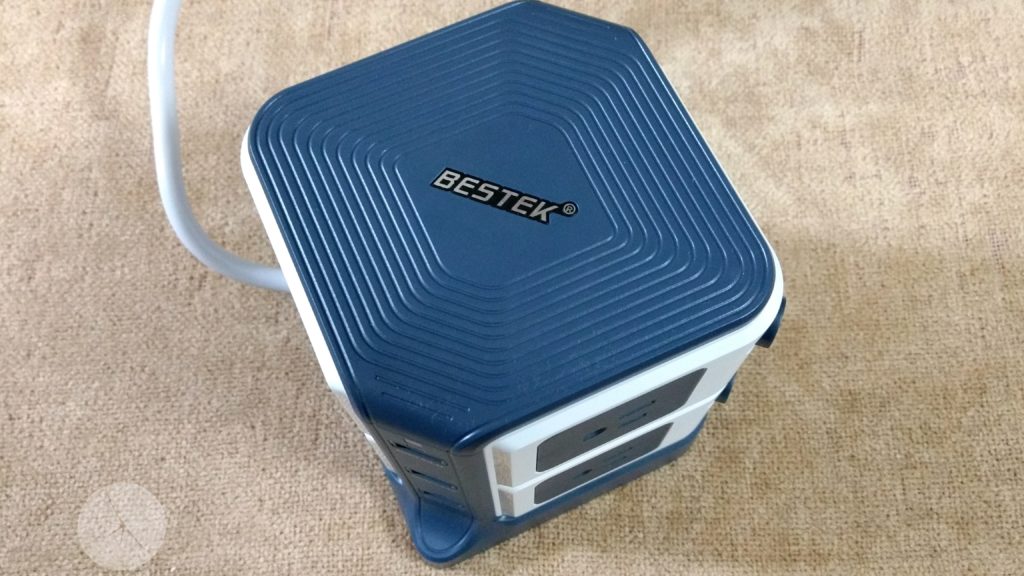 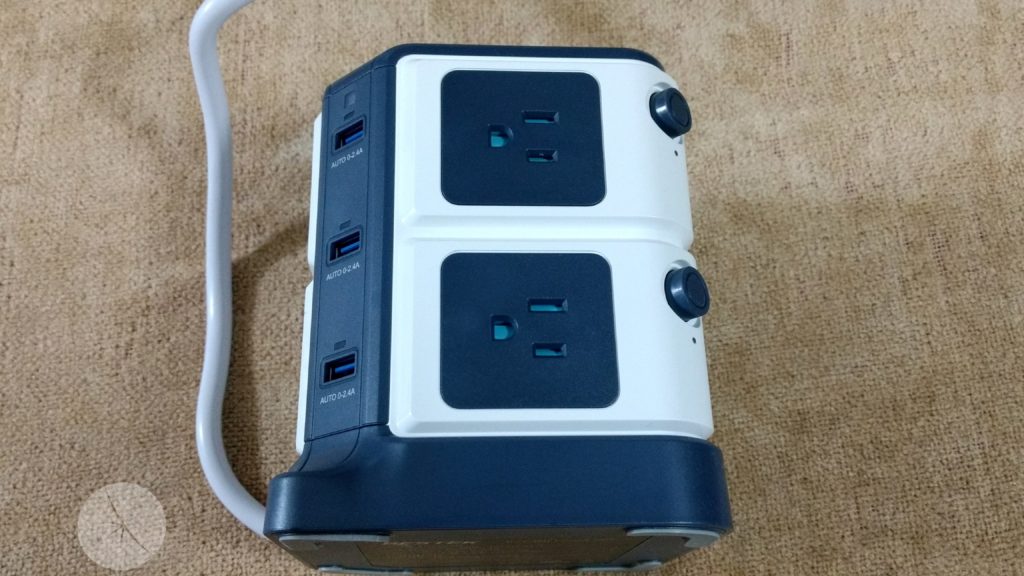 The unit performed well. For testing purposes, I used both my first gen Moto Z play running stock N with a 3,510 mAh battery, and my NVidia Shield running stock M for one and N for another, and a battery of 5,200 mAh; NVidia pushed out the update to N in between tests (as they were done on different days), and I didn’t notice any significant variance between the two version of the OS as it related to charging rate. As for results, my phone picked up a 6 percent increase when charing alone via the USB port, whereas the tablet went up 17. When I charged them together, the tablet went up 15 and the phone 10. All of my testing was in twenty minute blocks. I then went and used the A/C outlets to charge each of them alone, my phone (using the stock, included charger which goes into “turbo” mode) went up 19 points in twenty minutes, and the tablet went up 17. Lastly, I had both chargers plugged into the unit, and the phone went up 17 percent while the tablet (running N for this test only) went up 18; again, that last result is very much in line with the other results I found, so I feel confident that the charging rate wasn’t  impacted by the OS upate. 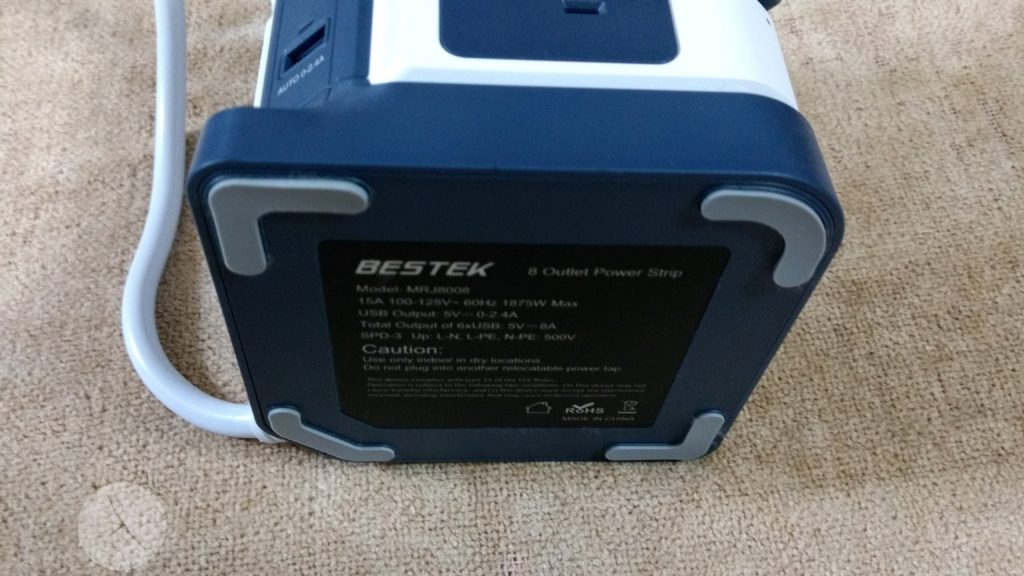 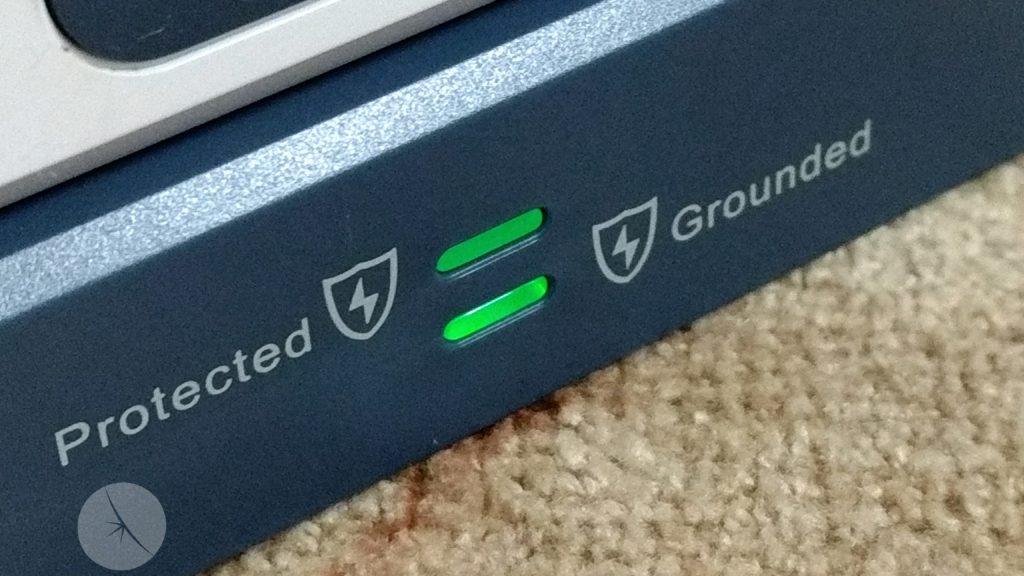 Other functionality is included to augment it’s primary purpose. For example, there’s a handful of LED indicators, all shaded in green. There are two built into the base of the unit, and both light up when plugged in: one indicates that the surge protection is working, and the other indicates protection against grounding out;  I had no way to verifiably test if these protections worked or not. The upper and lower sets of A/C outlets have the aforementioned breaker/toggle switch, and embedded below each one is a small, green LED, while each USB port has  one nested right above it. Interestingly enough, there’s a photo sensor at the top of each column of USB ports, causing the lights for those ports only to dim when the ambient light reaches a low enough point. As one who likes to sleep in really dark rooms, I find this to be a nice touch, though I’m not sure why it was limited to ONLY the USB ports.  Lastly, there’s a bright, red reset button nestled on another side of the base. 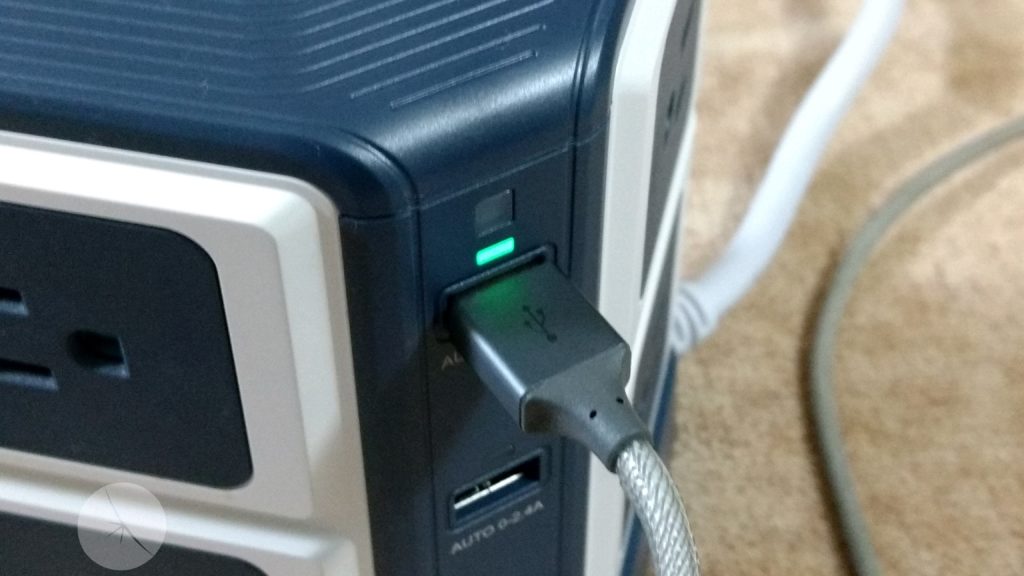 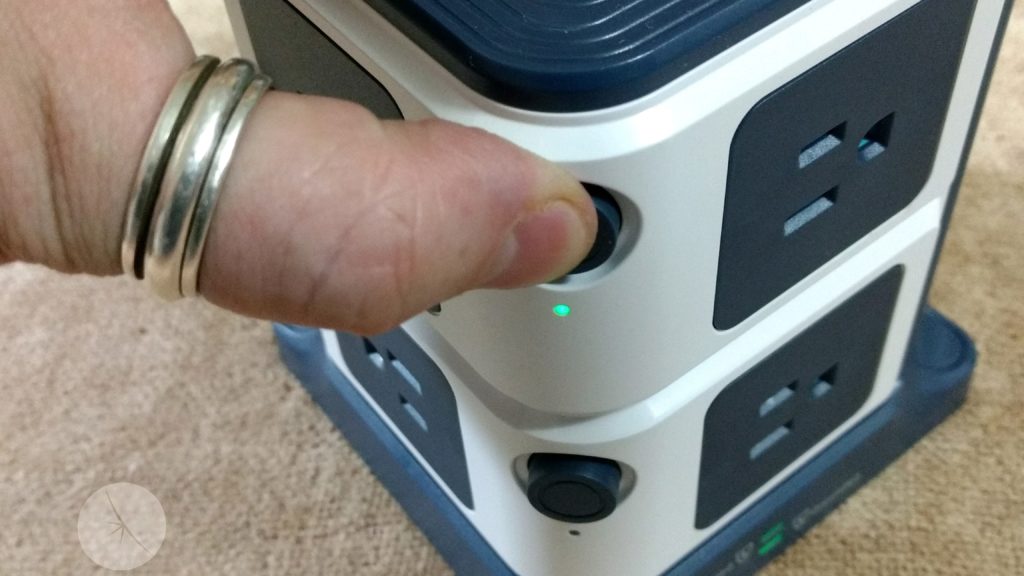 On the whole, I like this unit. I’m big on reviewing things that deliver what they promise, and that is definitely the case here (in so much as I could test). My devices charged within what I see across many other charging devices. The unit feels solid, and has a bit of heft to it. The LEDs for the USB ports will dim in the dark. My only real complaint is that the other LEDs don’t dim with them. So I can easily score this as a 9. Frankly, if all the LEDs dimmed, it would be a ten.
Accessories charger USB
Average User Rating
0
0 votes
Rate
Submit
Your Rating
0
9