Sold by iec Technology, I’ve been reviewing a portable power bank over the last several days. The unit is handy, holds a decent sized charge, and even comes with a flashlight built in. Much to my surprise, the latter was quite efficient. Here’s how my experience with it has gone.
The unit itself is colored entirely in black, save for iec’s markings. It’s made of a soft material that feels a bit on the rubbery side, but feels nice in the hand. While it is somewhat thick, it’s still fairly pocketable as it rings in at close to 4 inches long, not quite 2 inches wide as well as a little under 1 inch tall/thick. All told, it has a fairly discreet feel to it’s appearance. There’s a power level indicator for the power bank is akin to WiFi signal strength. It lights up when you turn the battery on and are using it to charge a handset, but will time itself out eventually. It also turns off when the flashlight is in effect. When the flash is in use though, users can tap the power button to get the charge indicator to briefly light up. 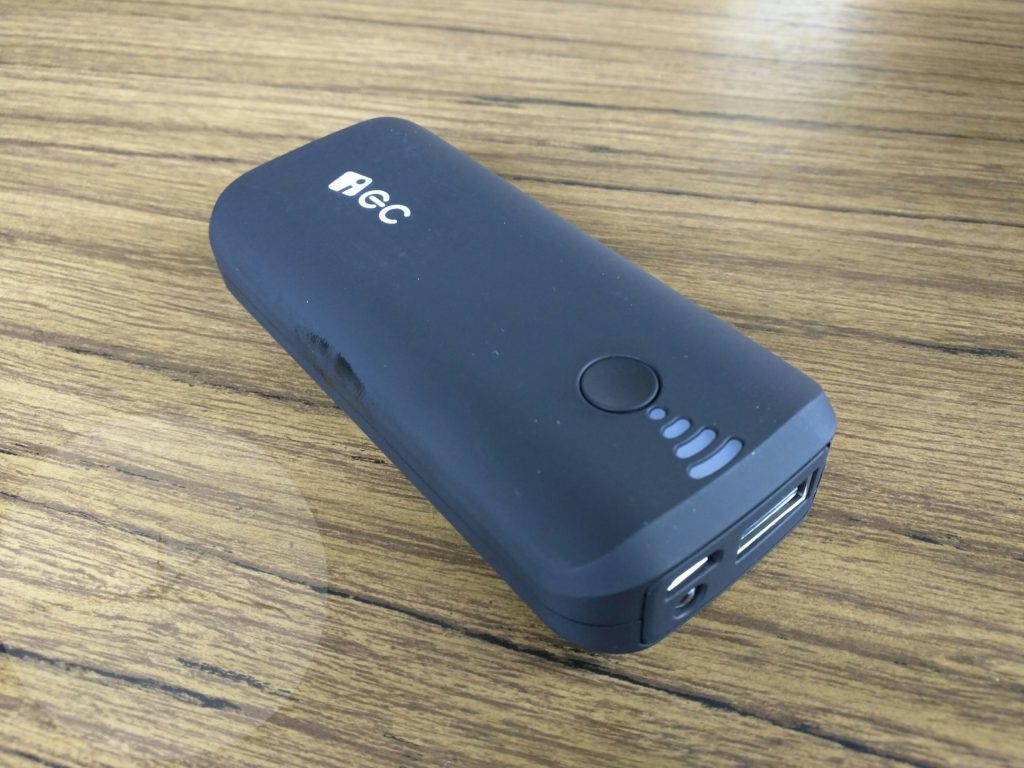 As I mentioned at the outset, this power bank has two functions. First, it operates (primarily) as a charger. Like many others of its kind, the device has a micro USB port when it’s charging, and the full size port when it’s charging something else, both of these are at the same end of the device. The capacity of the unit is 5,200 mAH, so it should be able to top off just about any popular smartphone on the market, with ample juice leftover for more. I was able to tested out with my phone, which is a Nexus 6 that is bone stock, and contains a 3,000 mAH battery. I let it charge off of the power bank for 20 minutes, and it was boosted by 16%. I gave give it another 20 minutes of charge while the flashlight was turned on, just to see how it would perform, and received a 14% boost; while not identical, it was closer than I would’ve thought. In short though, it handled its charging duties nicely. 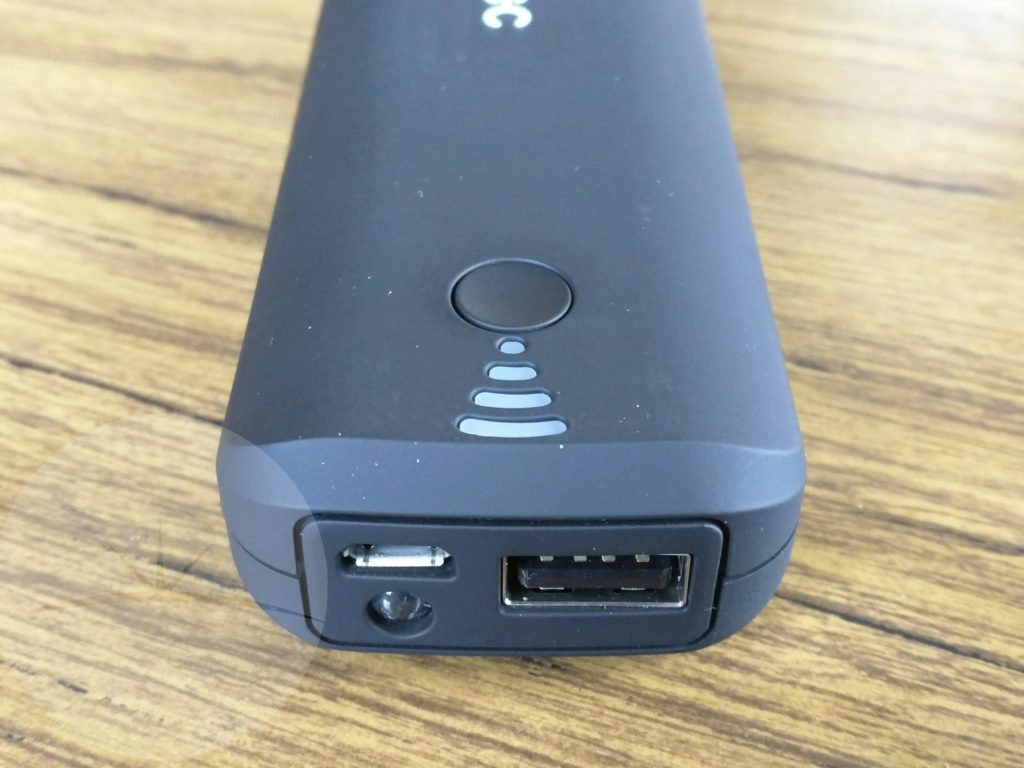 Moving on to the flashlight, I was picturing something akin to the little lights that people keep in keyrings. Surprisingly, it performs better than I would have given it credit for. It’s not enough to blind someone, but at relatively short distances is definitely useful. The area that it illuminates struck me as a bit on the broad side, as well. The biggest surprise with the light though was the fact that it didn’t seem to consume much of the battery at all. I charged the unit completely, turn on flashlight and went on with my day. I checked new Strength indicator throughout the afternoon and evening to see how much was being consumed by the light, and it was still indicating all for bars. After about eight hours of running the flashlight with no visible amount of charge having been consumed, I turned it off and was satisfied that the LED is only consuming minimal amounts of charge when in use. 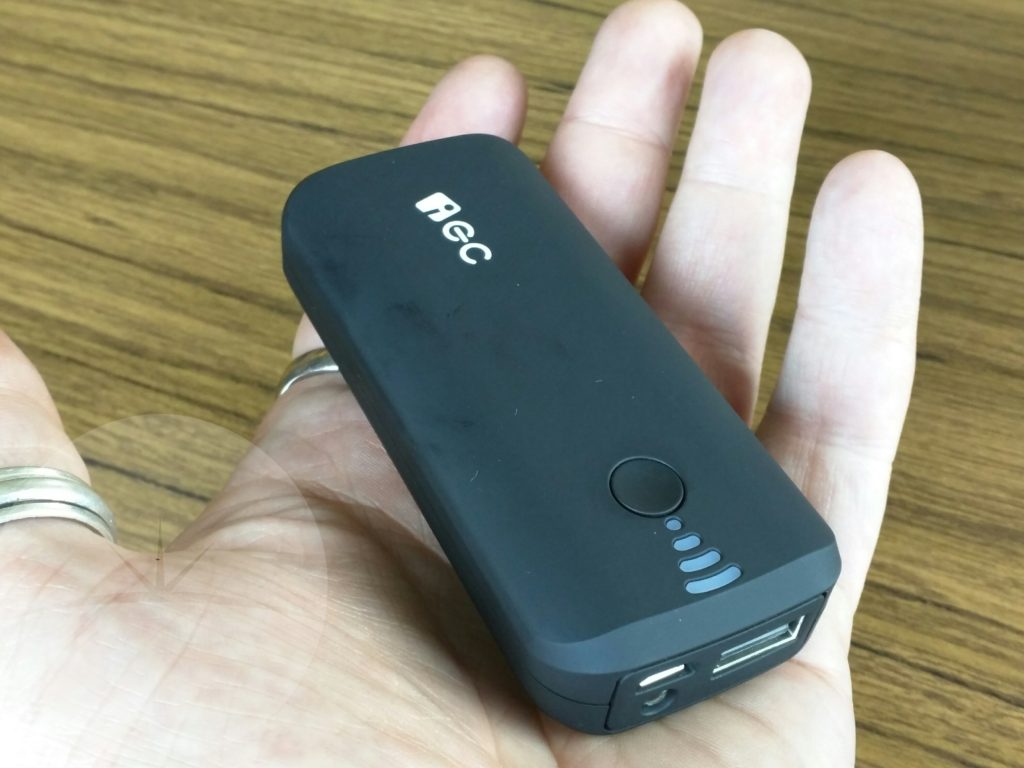 In the end, I found this to be quite handy. It holds ample charge from my phone, and get even handle my tablet, as both have the same capacity. The flashlight is useful in relatively short range scenarios, and only uses a negligible amount of the charge, so I never felt like I was in an either-or situation. Outside of it feeling a bit chunky I think it’s a solid unit. I’m going to get this is score of 8, as it would be great for any handbag or purse, or left some other place where it can be used in the dark or in a pinch.
charging flashlight
Average User Rating
0
0 votes
Rate
Submit
Your Rating
0
8