Kinzd is a website that specializes in selling leather accessories, specifically wallets and card holders. There are several that they offer, and they were kind enough to sent me a couple of them to try out. On the whole, they performed well. Here’s how my last few weeks of usage has gone with them: 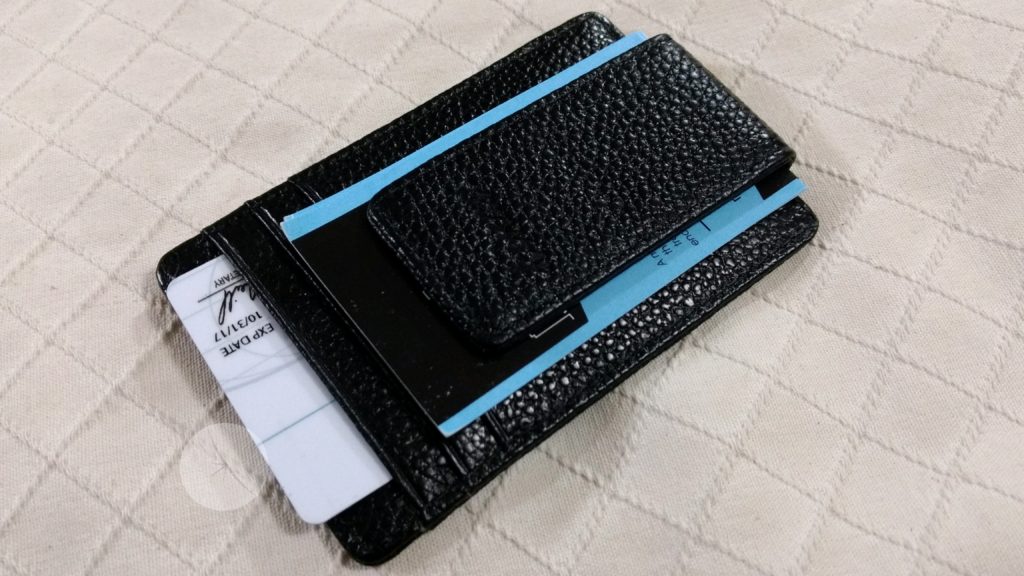 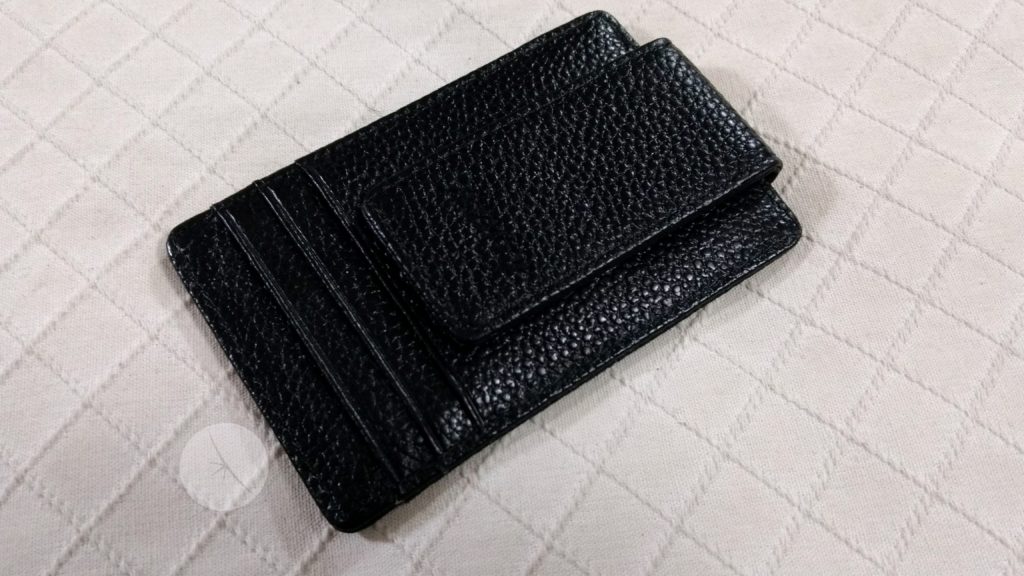 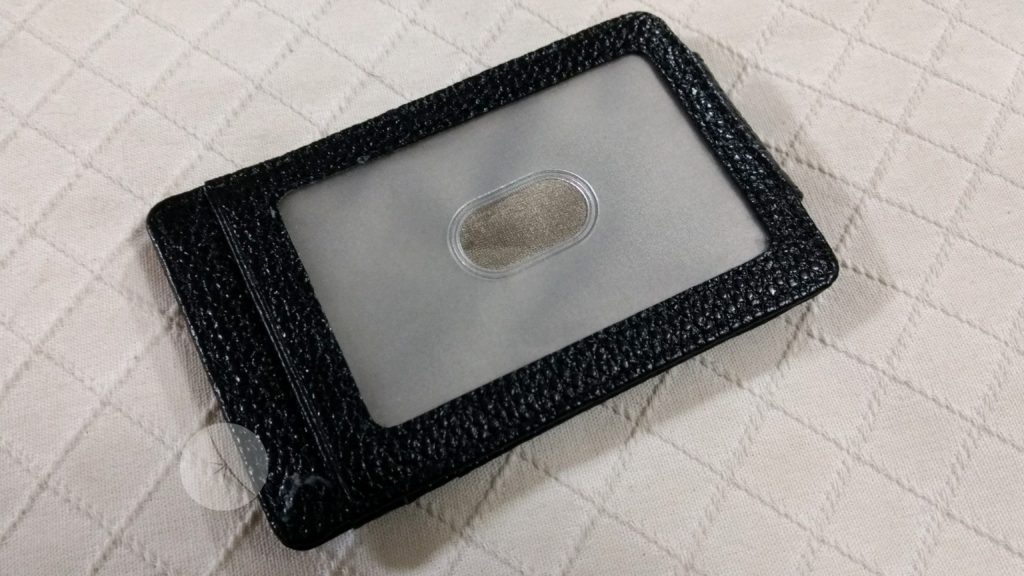 There were a total of three different wallets, though in the third case, it would be a loose use of the the term (and I’ll deal with that one in a bit). Two of them were largely comparised of black leather,  These would qualify as slim wallets, as they neither open nor fold over in any capacity, and are fairly thin, though not quite flush against the body when chock full of cards. They both contained slots that were layered over top one another, that would house one ard each. Both had a larger space in the middle, and clear, plastic cover on one flat side, for ID to show through; one of them had an extra flap that closed over the side opposide the ID slot, and was held in place by a magnet. The latter one contained three slots for credit/debit cards plus the ID slot, while the former (and without the flap) contained six plus the ID slot. Both of these looked quite nice, and this is coming from a guy who appreciates genuine leather, and owns two jackets made from it. 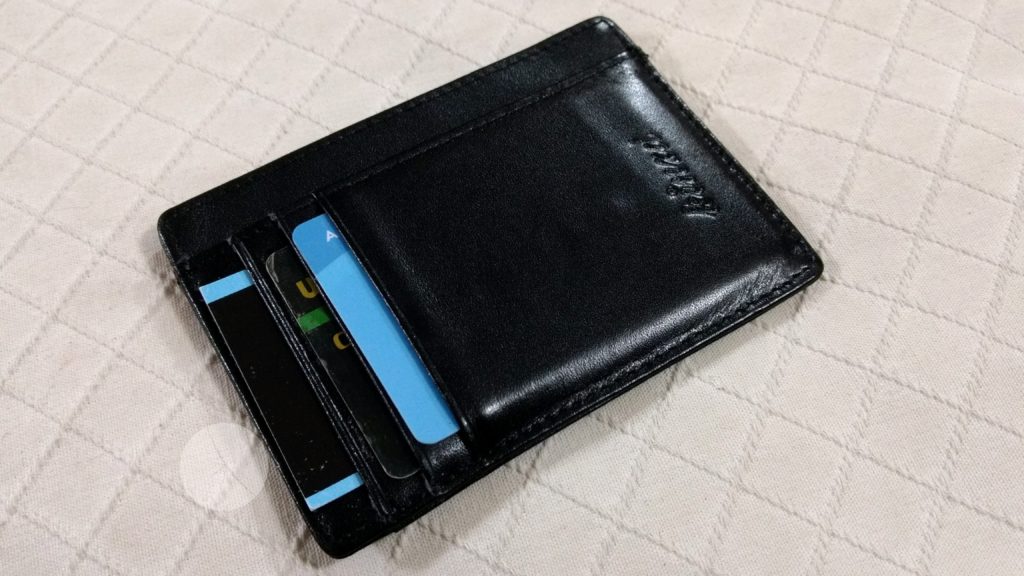 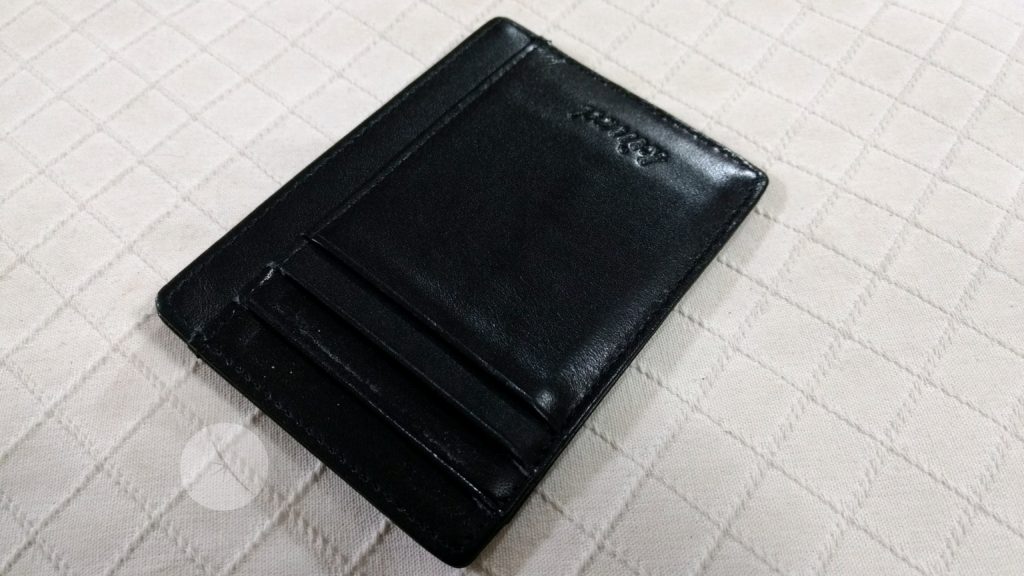 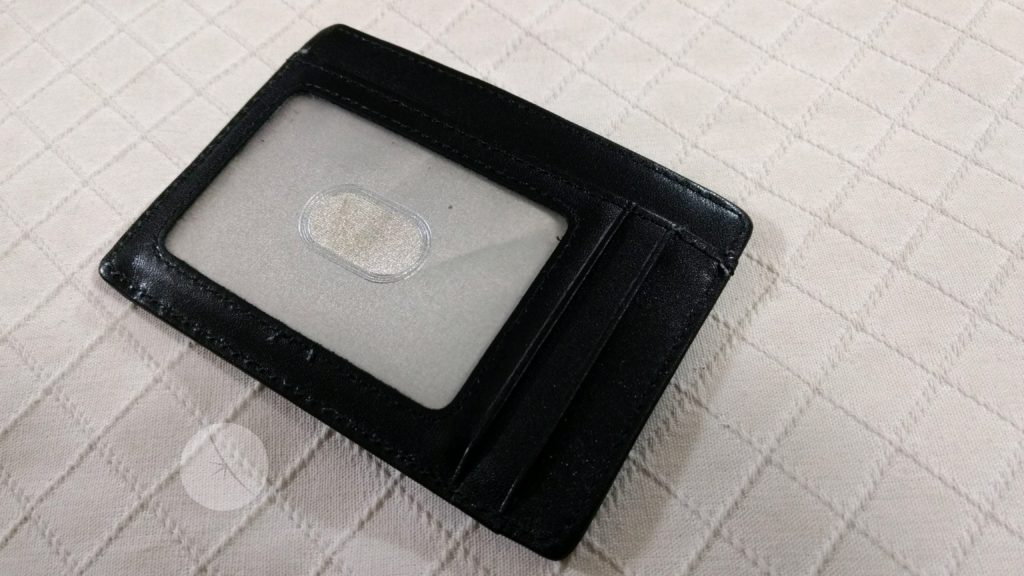 The appearance of them is nice, with the black leather looking very dark, and even a bit on the shiny side. As for performance, there wasn’t much to guage. Cards and cash (I don’t carry much on the rare occasion I carry it at all) were held nicely in place. The only caveat I’d offer was that I found that cards were held in TOO snugly, at least at first. I found that most every time I went to pull out a bank card (within about the first few days to week of regular use), it was nearly stuck in place, until I was able to get it loose. So, be prepared for holding up the line at a grocery store, until the leather is more broken in (which I did happen in my experience, but just not right away). 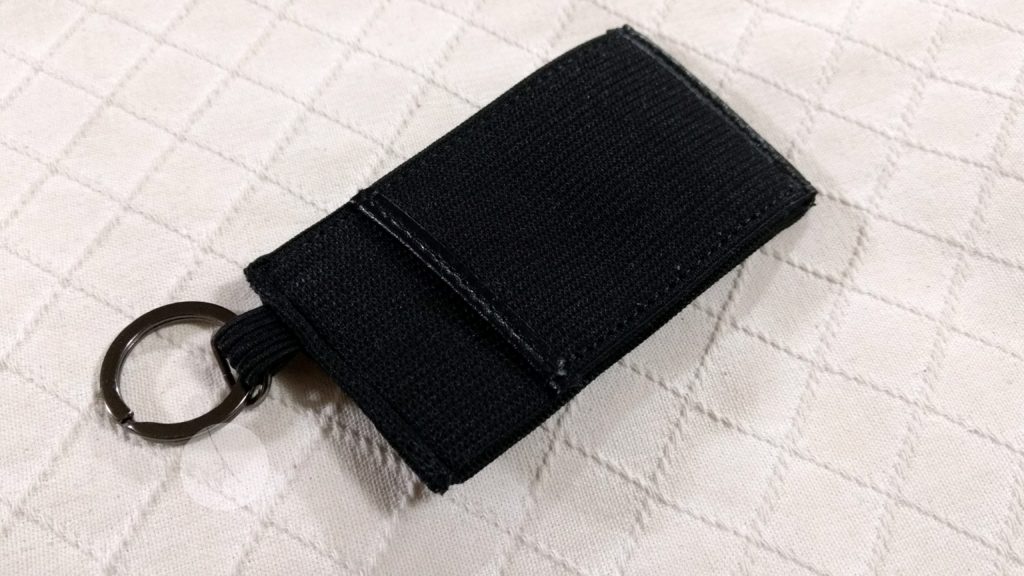 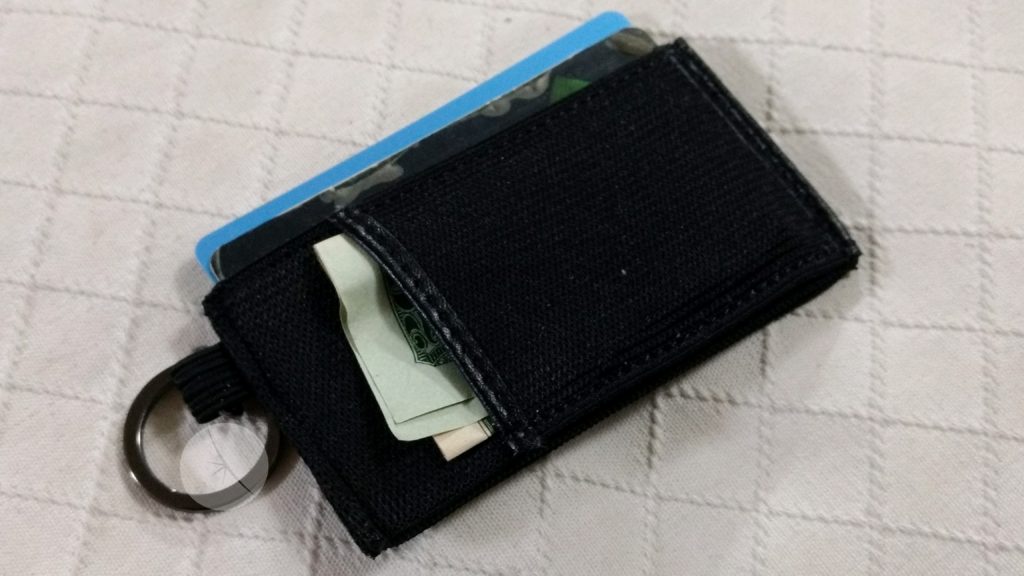 The third unit that I tried out was a bit of an odd duck. It’s a combination of elastic that’s folded around to hold cards or cash, with a keyring attached at one end. Frankly, I hadn’t seen anything like it. I also found it to be the most limited in its use. A few cards can be slid inside the single loop of elastic, though there are no dividers to partition one from another. The elastic strap has some overlap that is stitched down on three of the four sides, thus forming a bit of a smaller pocket that one might use for storing a couple of bills, coins, a key not  on the attached ring, and so on. I carried this around, but didn’t feel like I could store or organize my cards in the same way as I would’ve with one of the leather models, so I was down to just the “bare necessities”. I did have an instance where I needed to give someone an ATM card and key, so this worked out perfectly for that, but that wasn’t a common scenario that I would expect to encounter again in regularity. The only use case I can picture for this, would be for someone who doesn’t have a lot of cards or keys, and would just keep one or two of each together, in a pocket or a bag. This one wouldn’t function very well for those with more than a couple cards or keys.
On the whole, these are decent wallets. For both functional as well as aesthetic reasons, I strongly preferred the leather ones over the elastic one, though again, that one could prove useful to the right person. Thus, I’m giving them a 10. Leather will loosen in time and with use, so I can’t really hold the tightness against them. If you’re looking for a leather waller, these are good ones to grab..
Accessories lifestyle
Average User Rating
0
0 votes
Rate
Submit
Your Rating
0
10