Sold by Jelly Comb, I’ve been testing out one of their charger for the last few days. It has a somewhat unique appearance to it, that works against itself in a way. It both has, and hasn’t, performed better than other “smart” chargers though, so scoring it in that department was a bit tricky. Continue reading for my full experience with the unit. 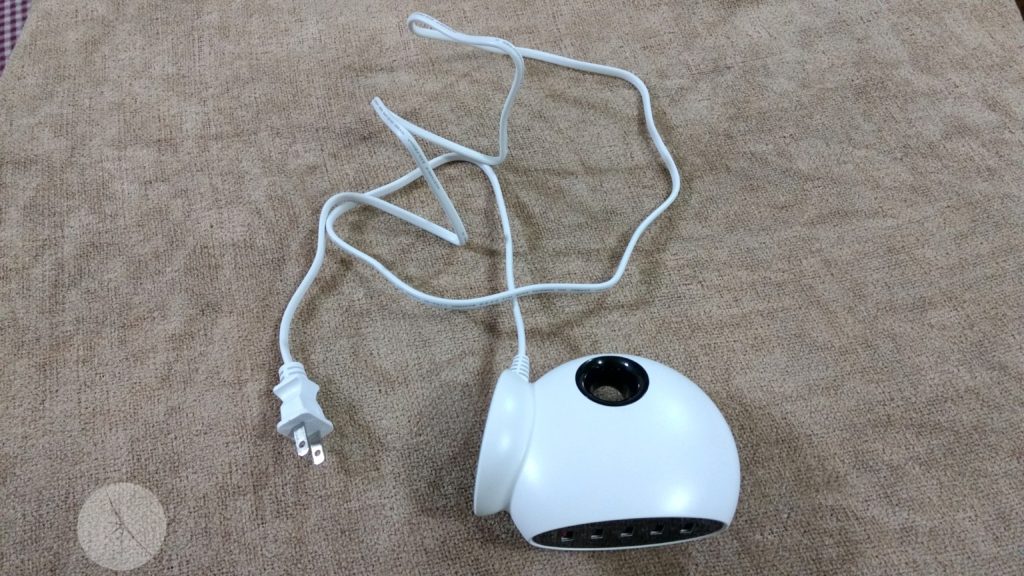 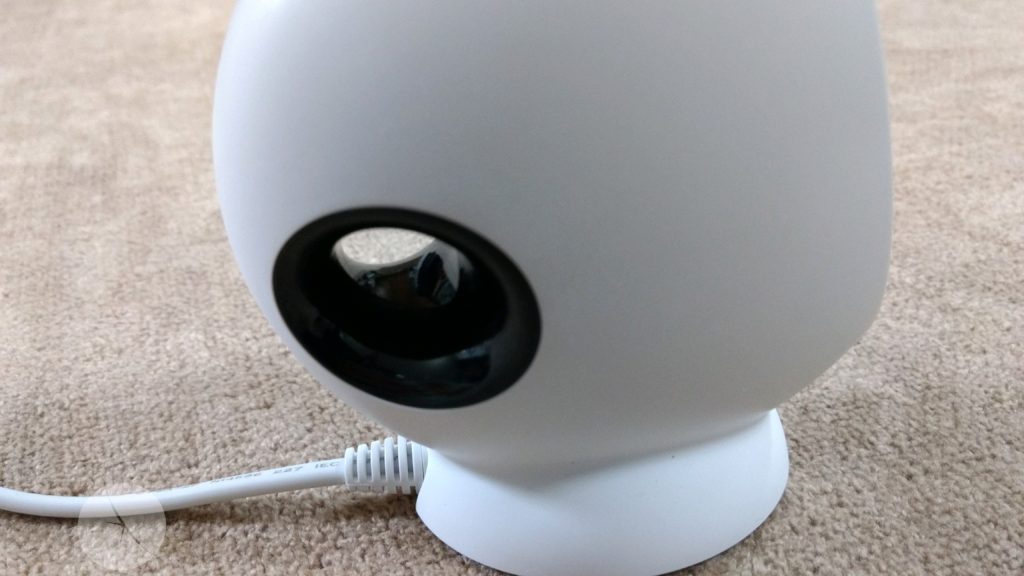 This desktop charger is the oddest looking unit that I can recall having used, let alone reviewed. It’s a single unit, to the point where the plug that comes out of the back of the base is part of the unit and can’t be changed out. The front facing portion of charger is black, with five ports arranged into a single column; there are four standard type A ports with a Type A that’s QC3.0 port at the bottom (unfortunately, neither my phone nor tablet are QC compatible). Beyond this face, the rest of the unit and cable are solid white. The unit curves back in a single smooth, rounded fashion, as it one were to squish a backetball between their hands, to create a shape that’s round, but is appreciably taller than it is wide. At the back of this unit is a hole, that allows someone to look through the width of it. This hole contains a blue ring, that will light up blue so long as the unit is plugged into a wall outlet. Purportedly,  this is to set/enhance the “mood” of the room. In a well lit room, I guess this would be fine; it didn’t enhance or detract from anything in any noticable fashion for me. But here’s where I ran into problems. Like many chargers, the light can indicate that it’s working properly. But this luminescent ring is by far the largest one I’ve seen, and in a dark room, one of the brightest. This light was prohibitive to my sleep, so please bear that in mind, should you purchase the unit. I would caution against using it in a bedroom where sleepers prize absolute darkness. 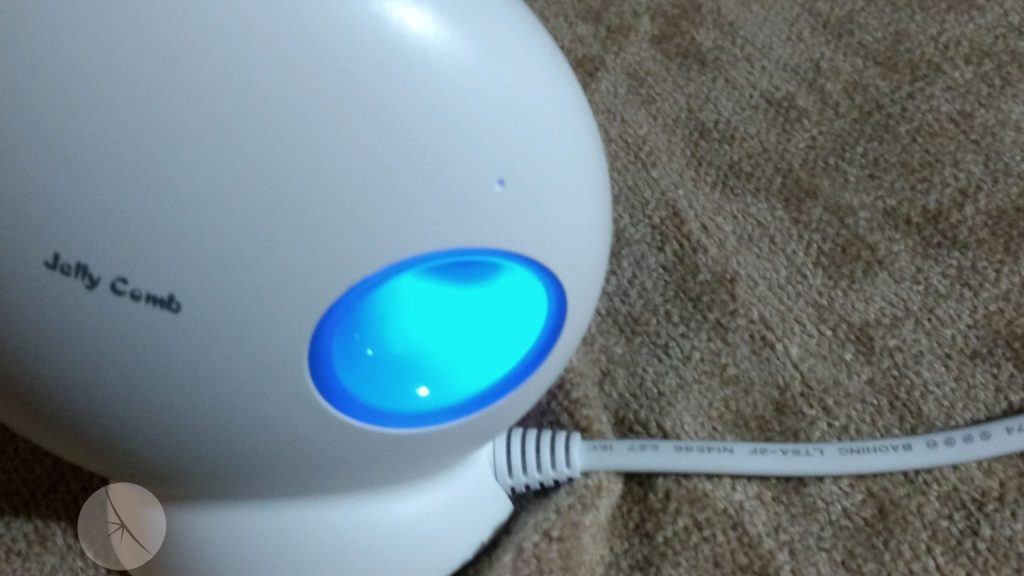 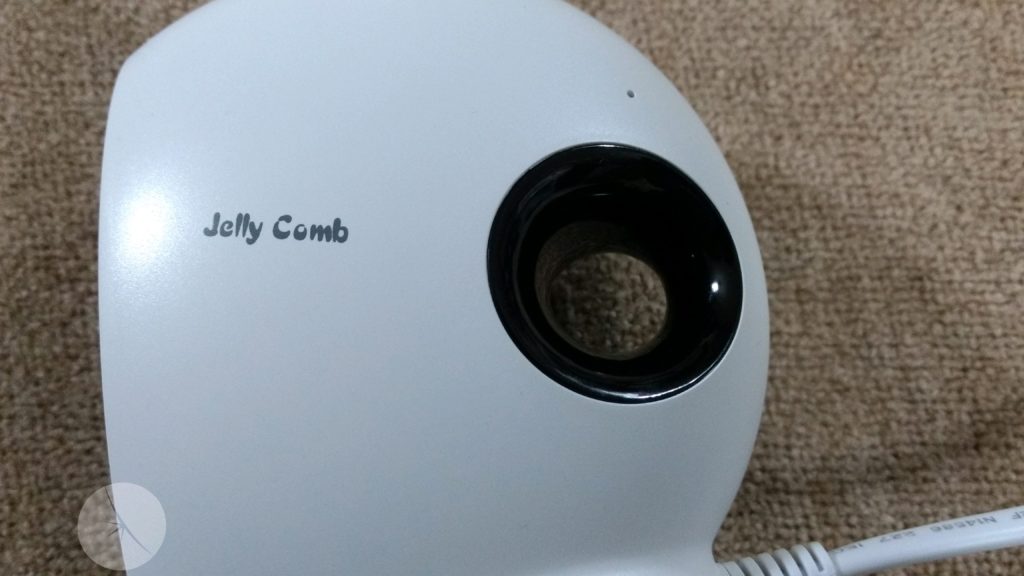 Most smart chargers don’t seem to mix well with my phone. I’m not sure why, if it’s the 3,510 mAh battery, the charging port being Type C, software, or what. But the handful of chargers I’ve tried typically will only boost it several percent, where as my NVidia Shield tablet’s 5,200 mAh battery seems to enjoy them just fine. Well, in twenty minute bursts, I was able to see my phone jump twelve percent, which is higher than normal for them, using the Type A port. My tablet went up an even twenty percent using the same. Using charging them concurrently, each went up but in different amounts. The tablet went up the same twenty percent, yet oddly enough the phone only boosted four percent. I tried it again and plugged it into the QC slot just to see if there was a difference, but that only went up six percent. So, for whaever reason, the unit chose to charge the phone faster when it was alone, compared to  when it was one of mutiple handsets that the unit was handling 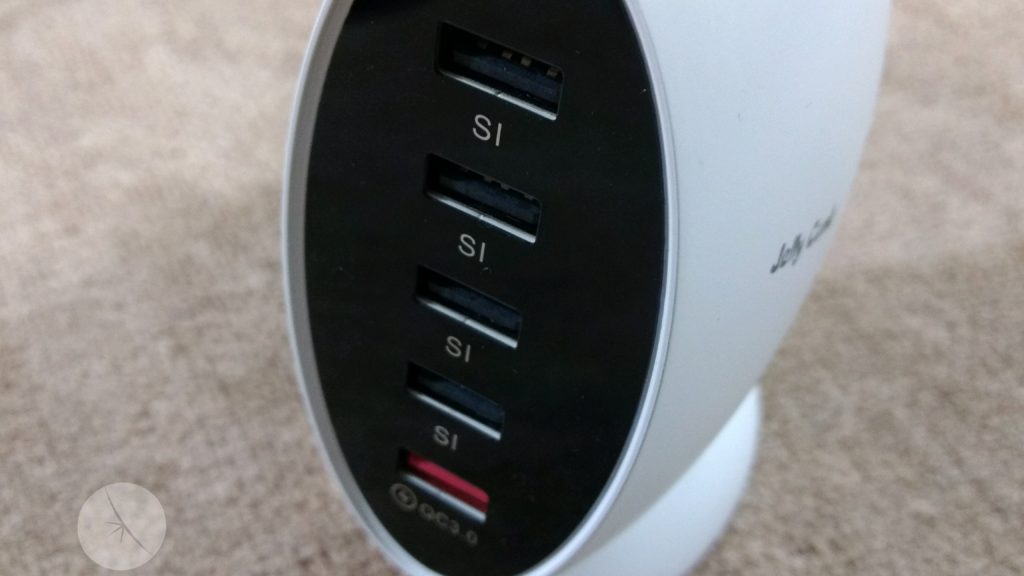 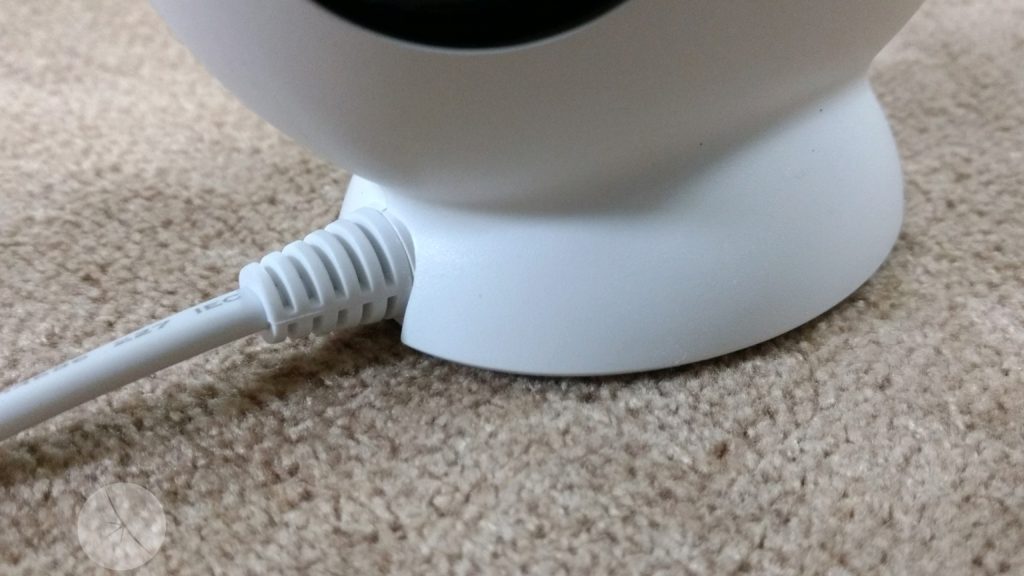 In the end, this unit does function. I’m beginning to think that other phones might fare better, considering that previous phones I’ve had didn’t seem to have this problem. That being said, others my very well experience the same thing. So pleae keep that in mind if you choose to purchase this charger. It has a very unique look to it, and a fairly bright, blue light in the back of the unit. If you’re not in a rush to charge your device (and can thus risk the potential for a slower charging rate), or the odd look appeals to you, it is worth purchasing. Thus, I’m scoring it a 7.5.
Accessories charging Review
Average User Rating
0
0 votes
Rate
Submit
Your Rating
0
7.5