The Noke (No-Key) is a padlock with a massive difference, utilising Bluetooth technology, you can unlock the Noke via your phone and without the need for a key. Coming in at just under £60, it isn’t the cheapest padlock out there, but it is one of the coolest smartest padlocks I’ve seen. 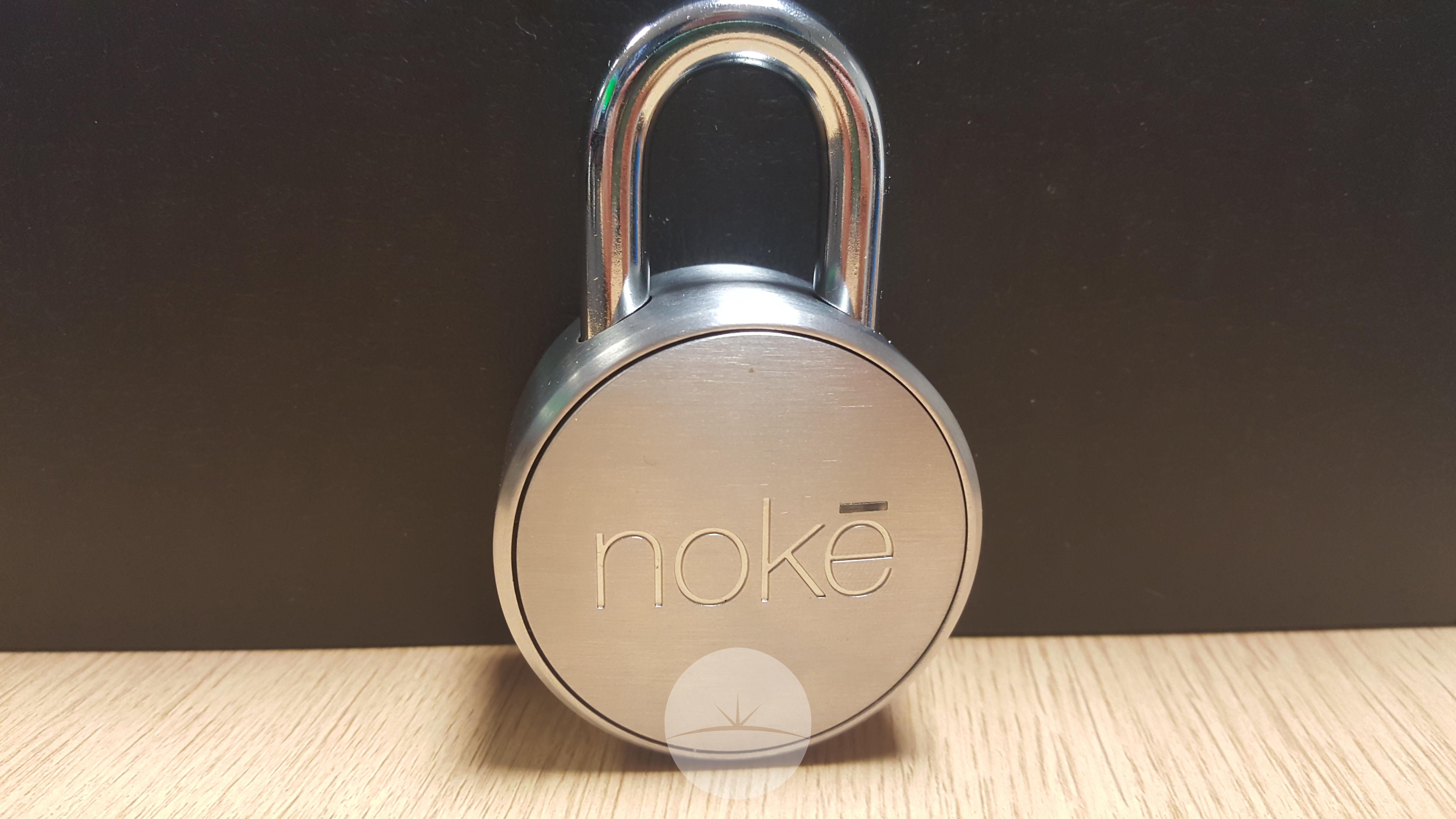 The Noke actually a rather cool looking padlock, it comes in silver/black, but I am looking at the silver version. The Noke is completely covered in a brushed metal, with the Noke logo etched into the front with a notification LED above the E. Due to being made from boron-hardened steel, I found the Noke almost a little too heavy, though when it comes to padlocks I always find the heavier the better. Noke states it can survive harsh weather conditions, though difficult to test in the UK, I can confirm it can handle rain really well.

The battery inside the Noke isn’t chargeable, so it will need to be replaced. I then thought of two major questions: 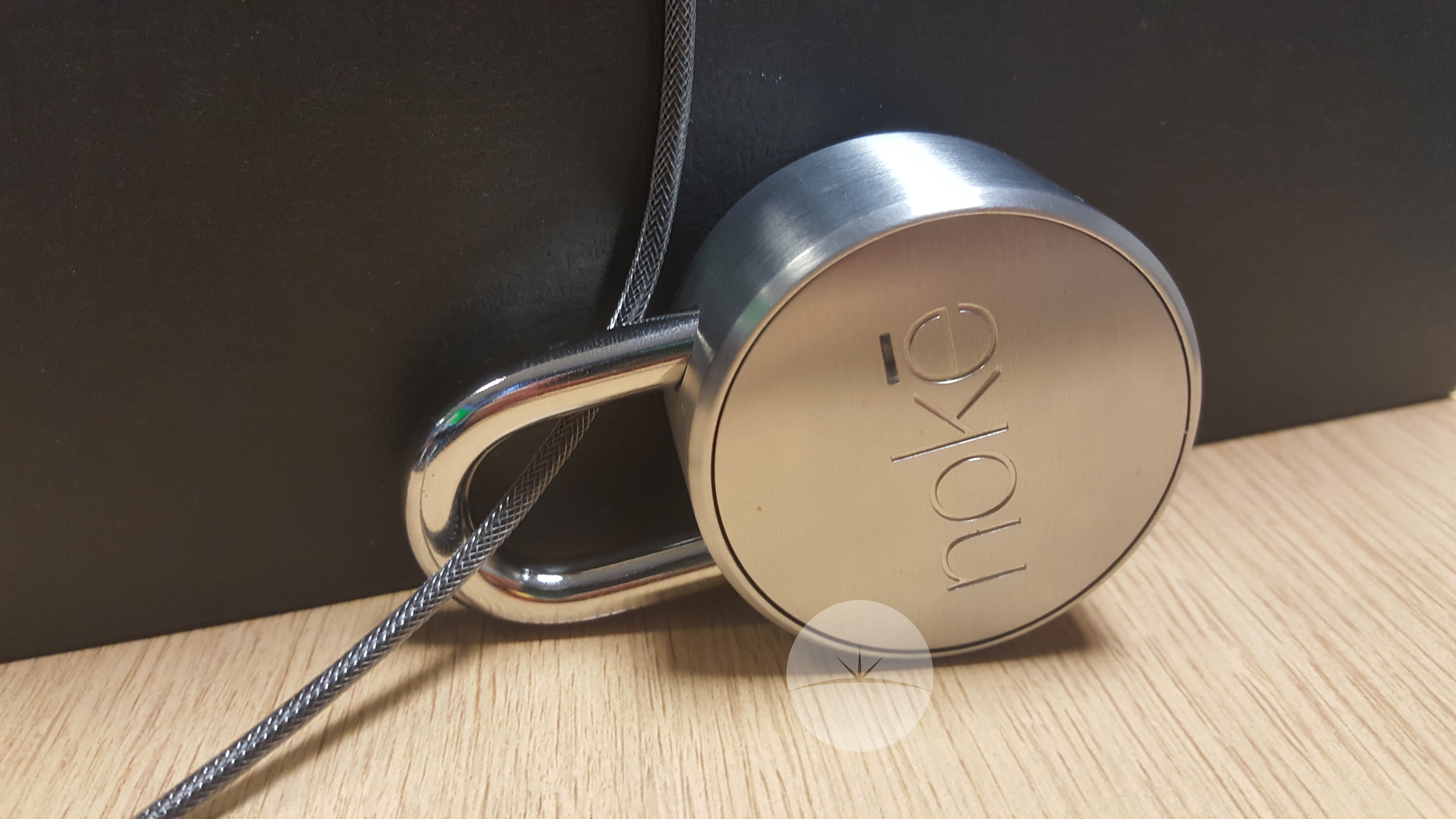 The Nokes battery is designed to last around a year, with daily use, so the less you use it, the longer the battery will last. Replacing the battery involves unlocking the Noke then, with a simple twist you can remove the backplate. Now if the battery is dead, and you can’t unlock the Noke, you can jump the battery by :

Pull out the plug at the bottom and jump-start the dead  battery. Doing so simply requires you to take the new CR2032 battery and hold it against the prongs that are otherwise concealed by the plug

Now if the phone battery dies, you can easily unlock the Noke with a “morse” style tap code, this is set during the initial setup. It involves taps and long presses which you can set yourself. This means that there will always be a backup unlock method if needed. 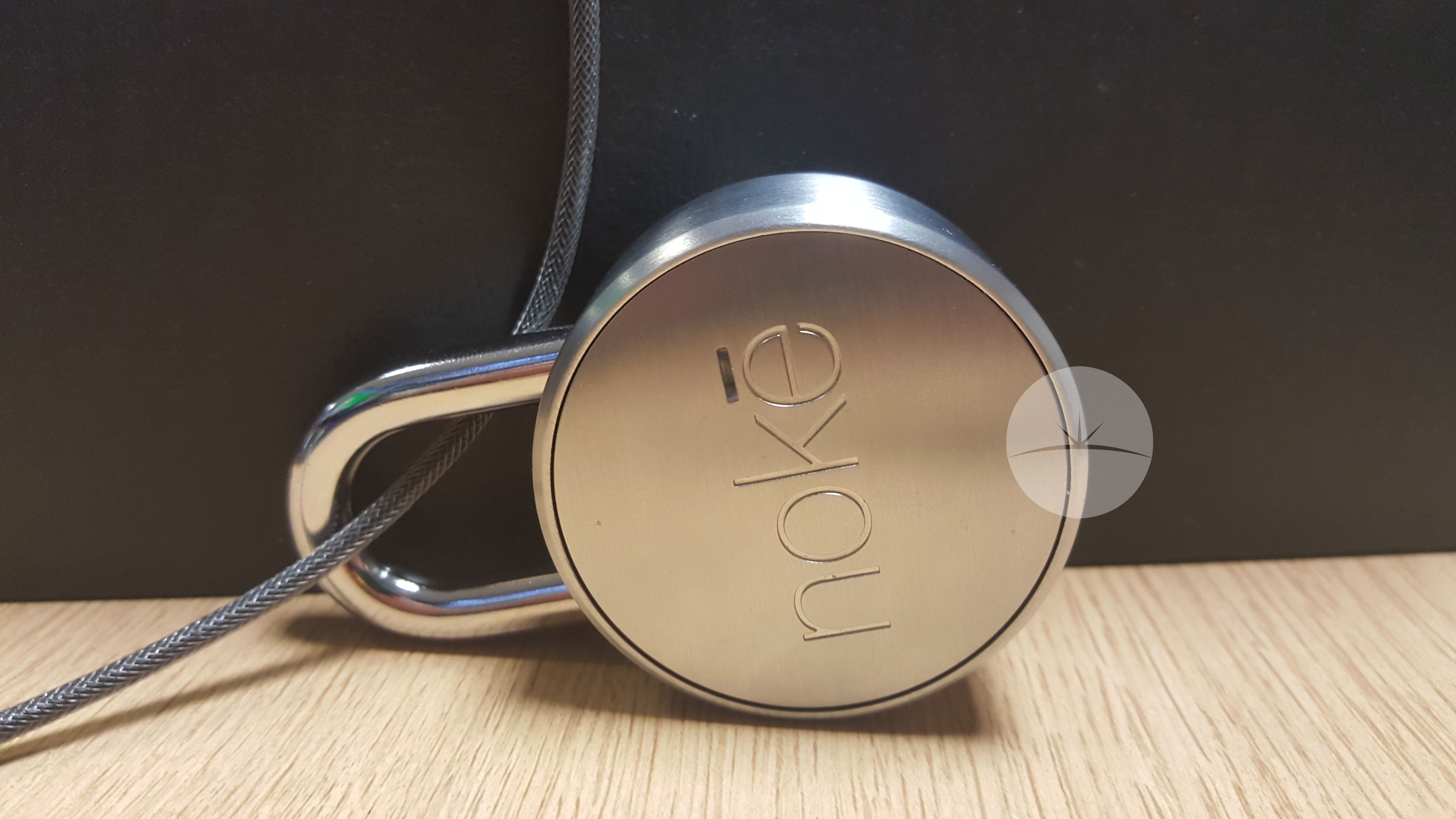 Setup was easy peasy, I just had to download the app for the Noke, then create an account, and then connect to the Noke via Bluetooth. If I was going to have multiple Nokes I can assign each one a different name and image. I have settled for Bruce, as Bruce is a cool padlock name. I ran a test where I wanted to see if my brother could add my already connected Noke to his account. He wasn’t able to, and I also got an email telling me someone was trying to connect to Bruce. So the guys at Noke take security very seriously. 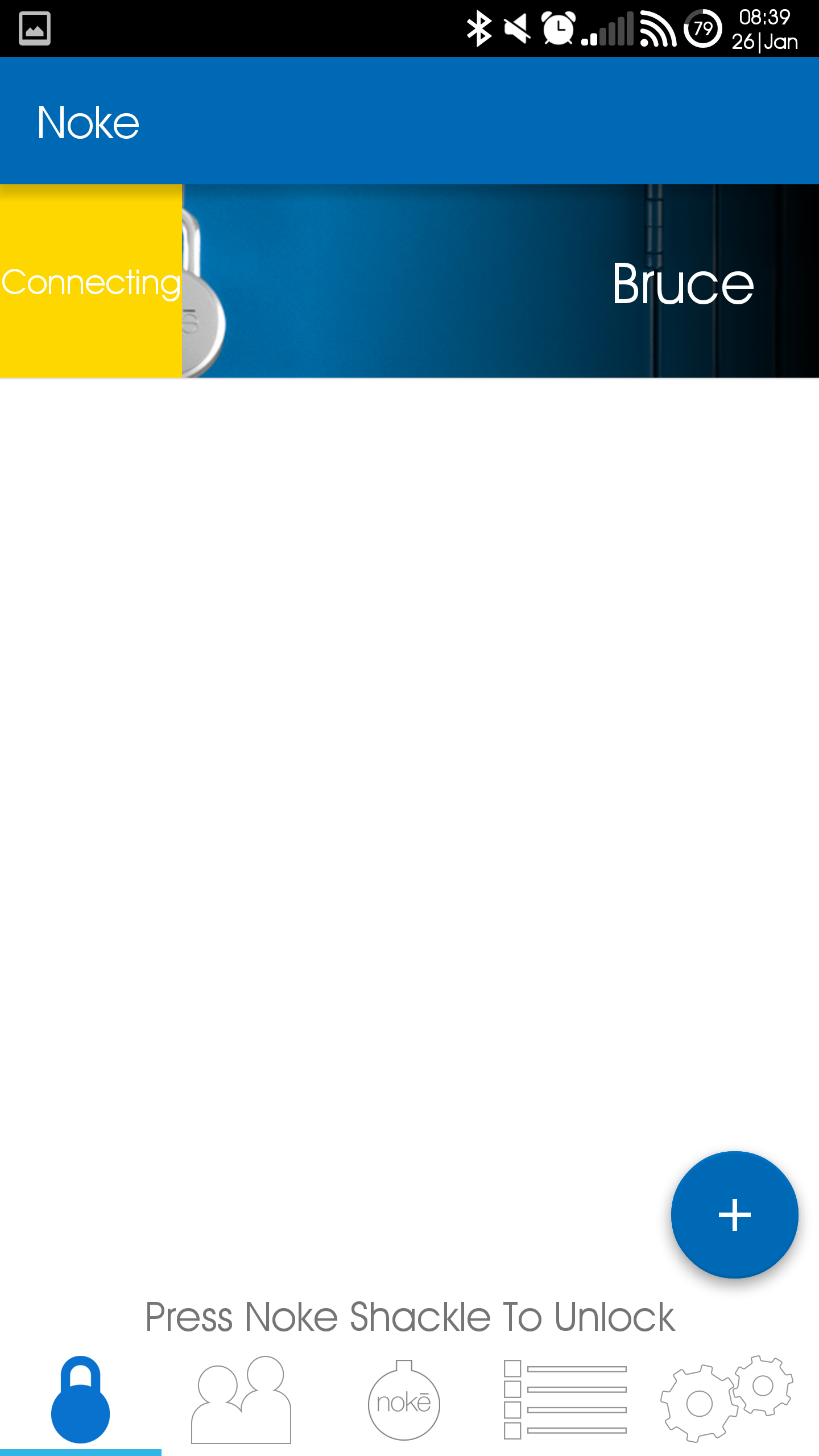 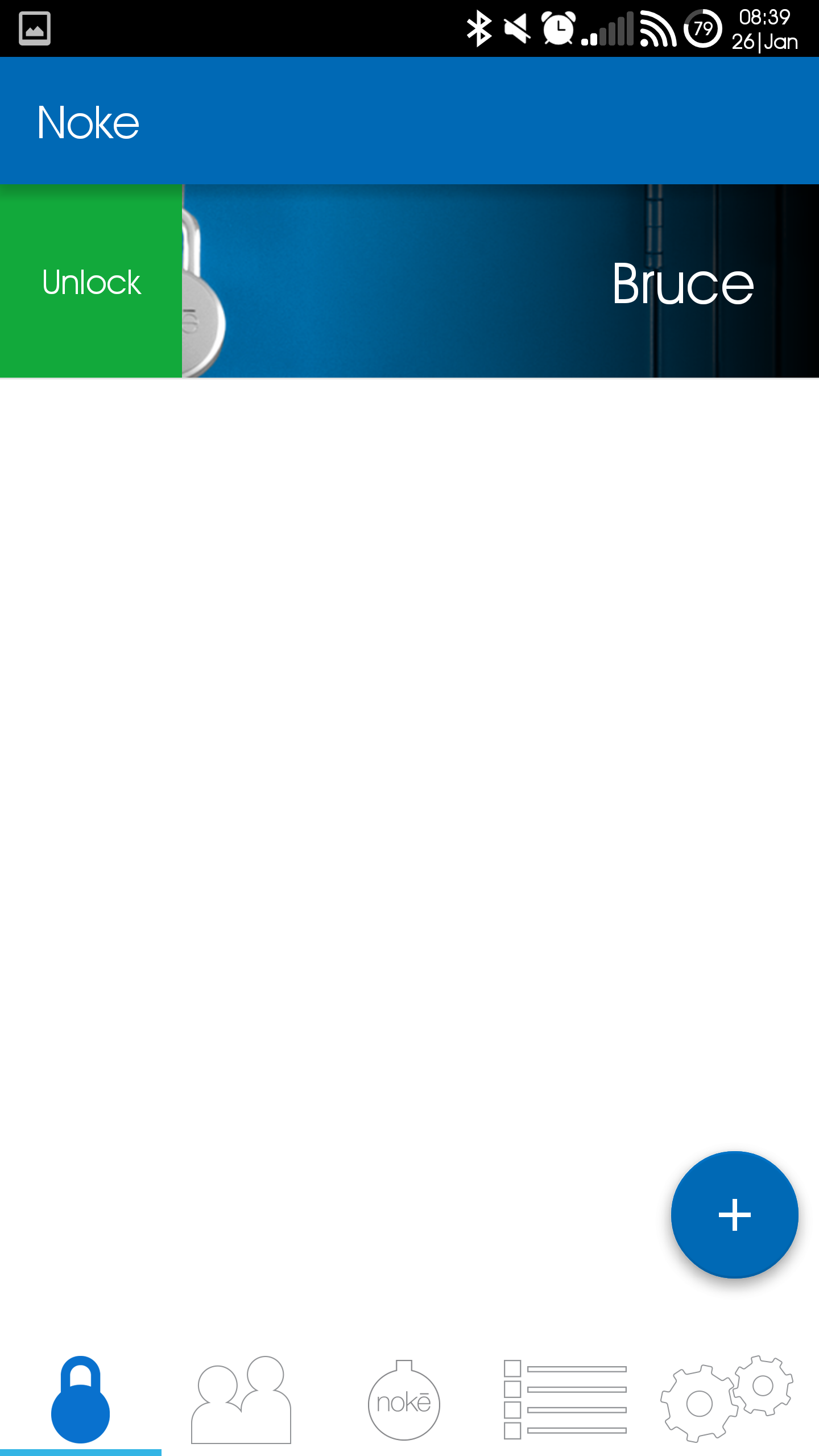 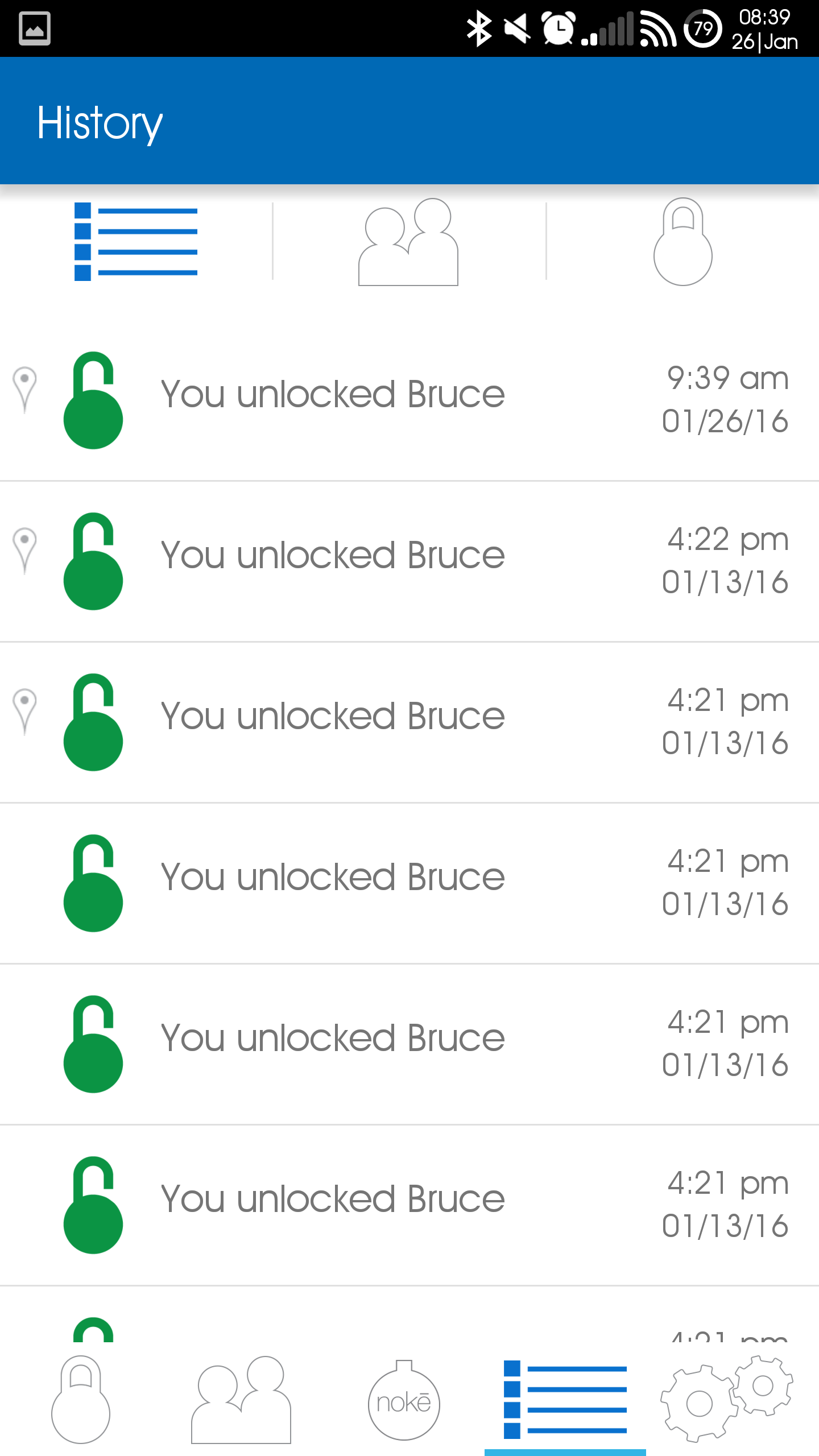 After I paired the Noke, I was able to unlock by being near the Noke, open the app and press down the “shackle”. Though I ended up enabling auto-unlock, which mean I just had to press the shackle down and it unlocks, as opposed to having to OK the unlock via the app. I thought best to test it using the S6 Edge out of 25 tests, I , and unlocked within 2 seconds.

I was really impressed by the morse code unlock function, the LED indicator shows dots and dashes with blue and white notifications. A function I use a lot of is the share function, allowing me to share access to the padlock to a certain person, within an allotted time. 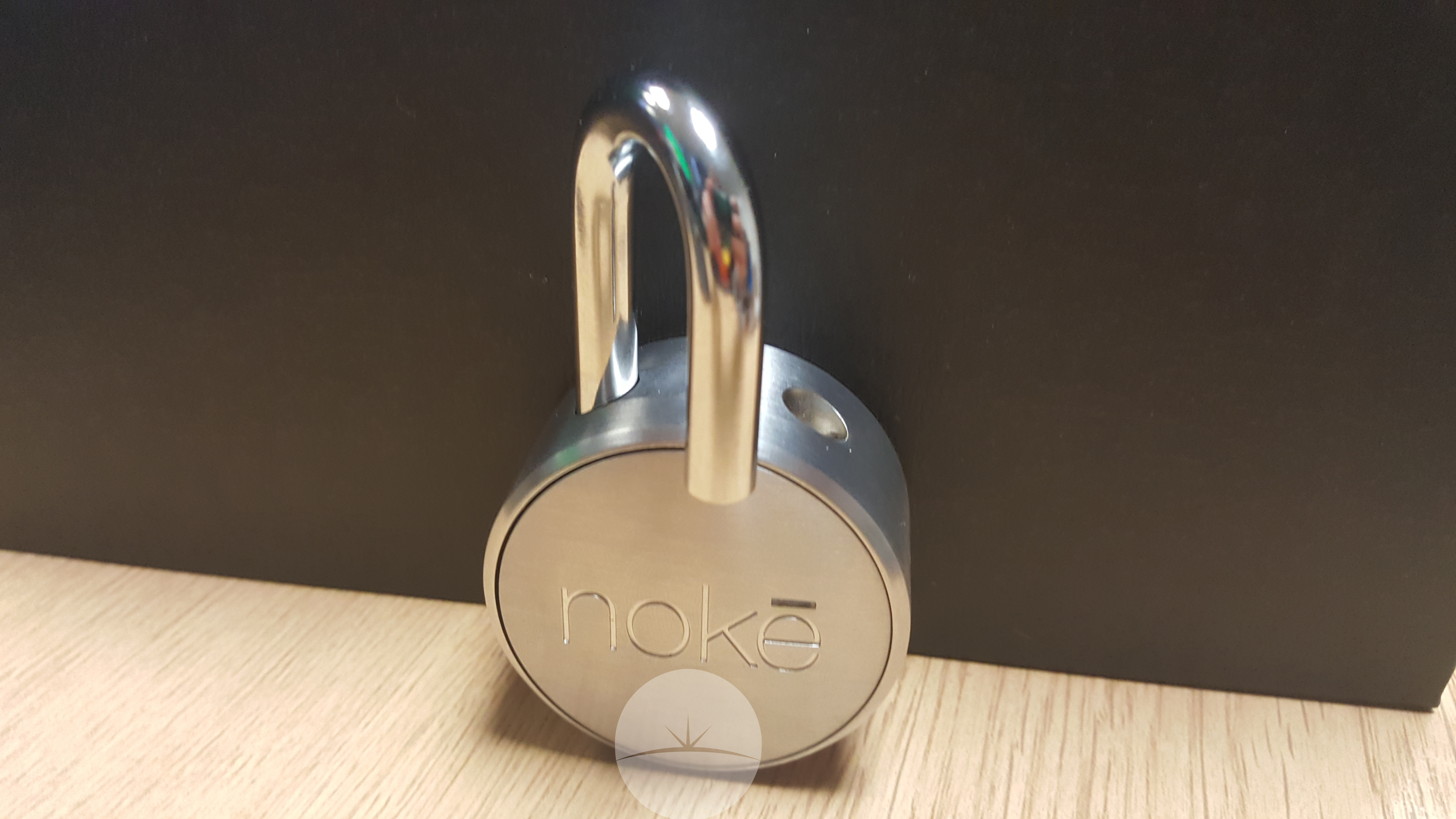 I really like the Noke and will not be surprised if we see a lot of similar products in the future. The only negative point for me would be the battery. As I would of course like a micro-usb rechargeable battery, but I can see the thinking from Noke and a battery life of one year is nothing to complain about.