Floatify is an app that enhances user control for incoming notifications. Released by Jawomo, this app offers granular control of your interactions. It accomplishes this by duplicating the popup notification you get, and overlaying the stock one with a redundant one that has behavior and appearance that can be customized from within the Floatify app. I’ve been using it for the last several weeks, so here’s my impressions of it, thus far.
Floatify has several appealing functions. First, it contains around a dozen different ways the notifications can look, most of which are available without purchasing the unlock. For example, you can retain the stock Lollipop look, or have that style with a light or dark twist. Other options include iOS, Windows 10, Google Search, Google Cards, and more. I like this idea, and tweaking the appearance was as simple as entering the app, and selecting your choice from the appropriate menu in the Style section. other options for customizing the appearance that govern where Floatify will operate. Users can control where on the screen the notifications will arrive by offsetting from the default location of top of the screen), or using a slider to determine the transparency of the notifications, and more.
There are other ways to customize the behavior of the app, as well as tweak how you handle notifications. For example, gives users the option for gesture control. When a notification comes in, I can swipe in three different directions to accomplish different things. By swiping upward, users will remove the Floatify popup while keeping the notification in the notification bar, just like stock functionality. Swiping it to the the right will clear the notification altogether. Swiping downward expands the popup to show more info, and repeating this gesture a second time allows users to send a reply to an incoming message (Facebook Messenger, Hangouts, Gmail, etc). Very handy, especially if don’t want to leave the app you’re currently in. I can also long press on the the notification, and snooze it for a few minutes, and see it come back several minutes later. This doesn’t remove the icon from the notification tray at the top of the screen, but it will cause Floatify to send its notification again. Users are also given control over which apps Floatify will send notifications for (or ignore outright, leaving only the stock ones), and if the app will withhold its notifications when you’re in a particular app (such as YouTube). Other controls cover things like whether or not they’ll show up on the stock lockscreen, how many lines of text will be shown, the size of notification, sandboxing portions of the screen for gestures, keyword filters, a toggle to keep/hide controls in the notification, and more. Needless to say, this is the epitome of granular control, almost to a fault; once or twice I’ve changed a setting, only to have trouble finding it again to toggle it back. The app is laid out in several categories, that are encountered when the app is opened, though in a few cases under the Settings category, things get buried in sub-menus. To the developer’s credit, some of these are hidden from view and can only be enabled by toggling a switch in the app’s upper righthand corner, that’s labeled as “Expert Mode”. Leaving this option turned off (by default) reduces this granular approach and leaves users with fewer choices. 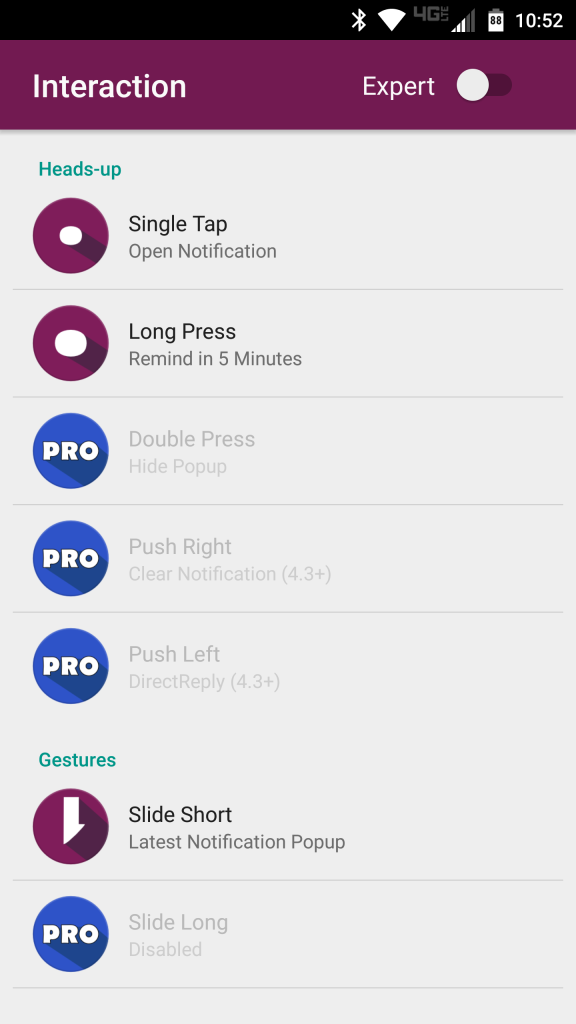 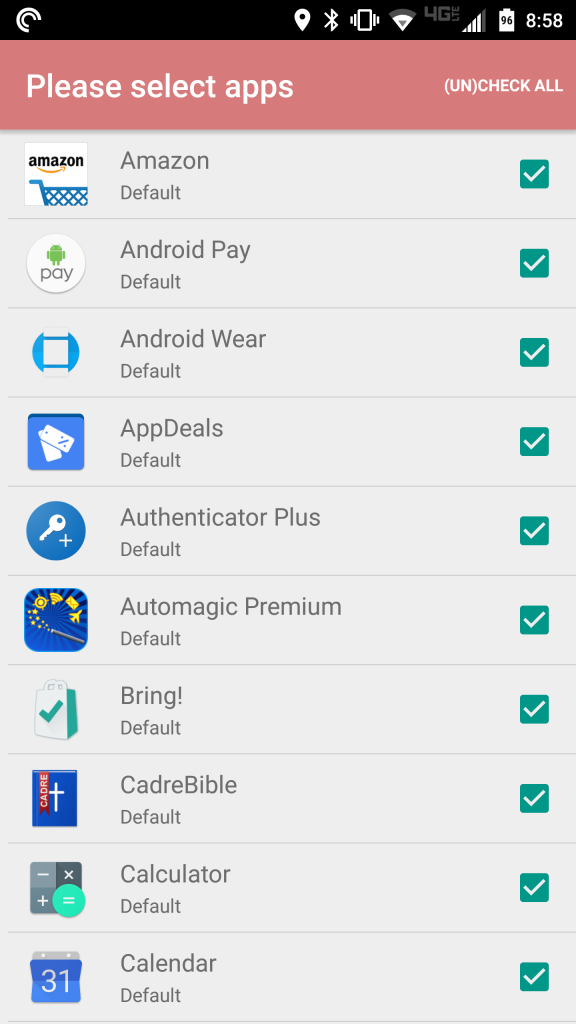 Unfortunately, this app is not without its downsides. First, I’ve noticed that it will resend notifications, after you clear a new one. For example, I’ve just received an email that I’ll get to shortly, and I opt to leave the notification at the top, so I swipe upward. Shortly thereafter, I am sent an SMS, and see the ensuing notification. Once I’ve replied or swiped that away, I am again served the email notification. I’m not sure if that’s related to how the OS handles notifications that were already sitting at the top of my phone, or if the app mistakes them as new, but I’ve found that to be irksome in either scenario. With this app generating a redundant notification to overlay the stock one, there’s times that I’ve seen the stock notification show up a split second before I see Floatify’s appear over top of it. This doesn’t happen all the time mind you, but it happened often enough to take me out of the app’s intended experience and, at least in those moments, makes it feel more like a workaround, hiccups and all.
On the whole, this will be tough to recommend. Users can try it out for free, so there’s no reason not to take a flyer on this. There are more features than one would imagine for such an app, even beyond what I’ve detailed here. All of the Pro features can be unlocked for $2.49, and that’s where it gets tough. If the two flaws I spelled out weren’t there, this would be an instant buy for me. But with the redundant notifications and the slight lag in the appearance of the Floatify notifications, I think it’s best to hold off for the time being. This app holds lots of promise and covers a lot of ground, making me feel confident that it will improve in time and have these little kinks get ironed out. And when that time comes, I’ll pull the trigger.

Review of the Lite Charger from Mobile Solar Chargers
December 7, 2013