There are so many different bluetooth speakers from even more manufacturers available for purchase these days, it can be quite difficult to choose one you can trust to work for you. Especially if you’re looking for a budget portable model, and scouring Amazon to do so.

The last two weeks I’ve been spending some quality time with the Sumsonic LLX0463 portable bluetooth speaker. Playing my jams around the house and outside as often as I could. This bluetooth speaker certainly has a very unique design. It shows up at your house in a windowed brown cardboard box. This box is the temporary home of a speaker that initially looks like a doughnut, including a USB->MicroUSB charging cable, and a 3.5mm auxiliary cable for wired play. I opened the box pulled out the “doughnut” and twisted one end away from the other. It sat up like a coiled snake, with two small speakers, one on each end. Twisting both ends out, you have a sidewinder, with both speakers basically facing the same direction. Full range of motion on both ends top out at 180°. Atop of the unit are the control buttons for very easy access and a mic halfway down the side opposite of the power switch, microUSB and microSD slot. The bluetooth speaker easily, and quickly connected to my Nexus 6P. This was confirmed with a voice from the unit announcing the connection. Another feature of the device I found appealing was, as the music started playing the LEDs on both sides of the controls started flashing various colors along with the music. I did however experience the bluetooth being unstable, even when only 15 away from the device with my phone in hand, as opposed the the 33 feet as advertised, the music would start to cut in and out, continuously.

Now on to the quality of the build. It felt nice to hold with its silicon surface. This is especially nice when placing on a surface where scratching could be an issue. The sound was ok in its price range. I have used other bluetooth speakers in the same budget range that are much louder, and delivered a more crisp sound. I worry about the speakers themselves on this unit. I don’t know the durability of the speakers, but they look way too open to the elements w/o any type of covering to protect them from accidental puncturing. Buttons work well as they are also silicon covered, easy to press and responsive. The twisting of the 2 ends does leave me thinking that the mechanics of this feature may not last long. Feeling cheap and causing me to handle with care.

Overall, I think being priced on Amazon at $40 on sale is still too high. Bring the price down to under $15 and it would be a good speaker in a small room, with your bluetooth music device always in close proximity. Based on this specific device, improvements need to be made to bluetooth. Regular handling and daily use, I feel could rapidly decrease the lifespan of the Sumsonic LLX0463. 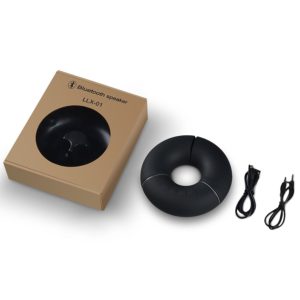 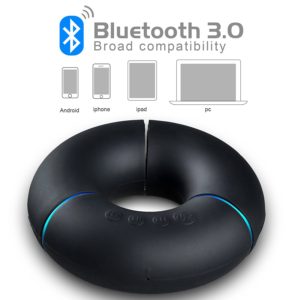 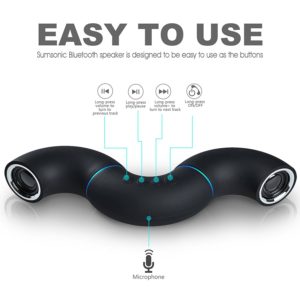 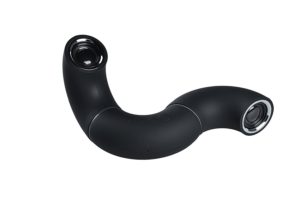