On Thursday 25th September the Sony Xperia team held a press launch for the new Z3 line at the Aqua Nueva in Regent Street, London, a stone’s throw from Oxford Circus Station. The venue was an excellent choice to reflect the premium nature of the Z3 range: as you entered you were greated by a choice of 5 different cocktails, although because the glasses they used weren’t big enough to test the IP68 rating of the Sony Z3 range they had one suspended in a fish tank playing a demo movie. IP68 only covers the device for 1 hour and 30 minutes but that phone kept going all night. 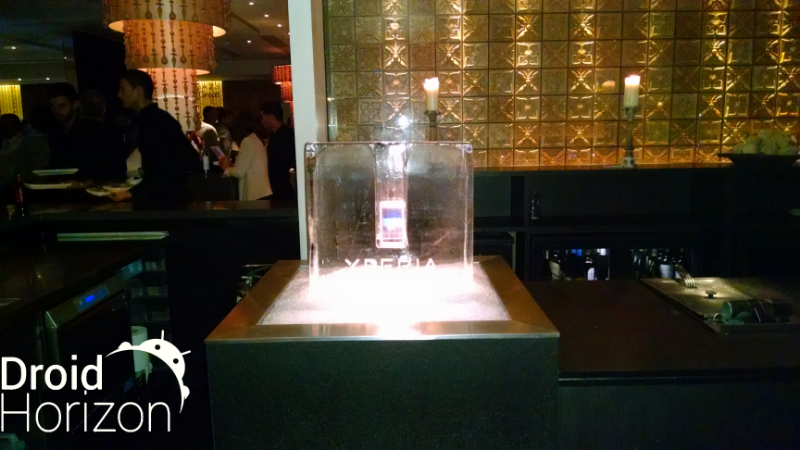 There was a distinct lack of order with the event. I was sat outside enjoying the view with my cocktail for a while before I released there wasn’t going to be a speaker or presentation and we were just left to play with the devices. Aqua Nueva isn’t particularly well lit so I had to use the torch on my phone to see the finer details of the devices, but all that revealed is that they haven’t changed much from Sony’s current design plans. All in all this wasn’t a massive problem apart from for taking the photos you can see on this page.

I have played with both the Z1 and Z1 compact before so I knew what to expect from the Z3 and Z3 compact but they still impressed me with how quick and smooth the UI was. I have never used a phone with a skin that out performed AOSP before. With Sony always being a top OEM submitter to AOSP code it shouldn’t have shocked me but it really did. The keyboard kept up and no matter how many apps I opened and closed it was always smooth even with animation on. I typically turn android animation off on all my devices to ensure a smooth experience, but it looks like this might not be necessary on the Z3 range.

Almost everything that has been added to these phones has been done with a solid reason behind it. For me the top things that stood out were the tap to wake, which was already a very popular hack on the i9000 back in the day, glove mode so when you’re out in the rain with your gloves on you can still use the phone, tweaks to adjust your white balance as not all screens and eyes are made equal through to setting what icons appear in your status bar. As always though, with the good comes the bad and this was no exception. The Z3 has a lot of Playstation based apps that I’m sure offer some functionality for those that own and play on a PS4, but I have never used them and the devices weren’t on WiFi to allow testing. 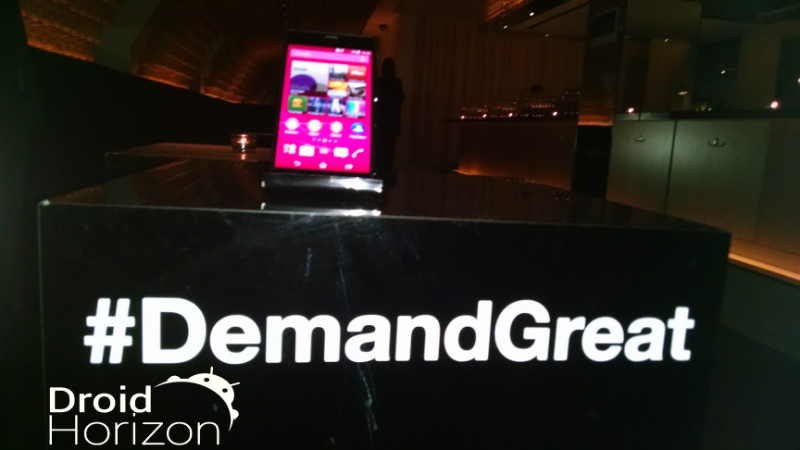 Onto the Z3 Compact Tablet, and I have to say this device was light, solid, beautiful with an 8” screen and maybe the nicest back to a device I have ever felt. They have obviously made the decision to ditch the glass back used on the phones for the tablet, I’m assuming for strength and grip. It was just as quick as the phones and had from what I could tell all the same features. If I didn’t need the screen recording of the Nvidia Shield tablet I would be buying one right now. Apple will have to do something rather special to have most premium feeling mini tablet on market. I couldn’t find one fault with the Z3 Compact Tablet at all, even after several hours testing it throughout the evening. For me this was easily the star of the show and could very well be tablet of the year, and for anyone that reads my articles regularly you know how much I like my Nvidia Shield.

As well as playing with the devices we got the first chance to play with the PS4 remote play.

I have used the PC remote play feature in the Nvidia Shield before and its about the same just a mirror of what’s on your TV or monitor. Being the PS4 it has significantly less power than my PC but for all that it still did a stunning job and I didn’t notice any frame drops or lag at all. Destiny looked truly amazing on the 5.2” screen of the Sony Z3 and with the mounting bracket attachment gaming was easy. As the phone weighs in at only 152g you really don’t notice the extra weight while playing. The same can’t be said for the Sony Z3 Compact Tablet which uses the same dock as the Z3, but due both to the size and extra 118g (270g total) over a larger area you notice it’s presence. While a short gaming session didn’t feel uncomfortable a prolonged session would I’m sure. As Sony are releasing a charging dock I can see that being the prefered remote gaming style for tablet users. 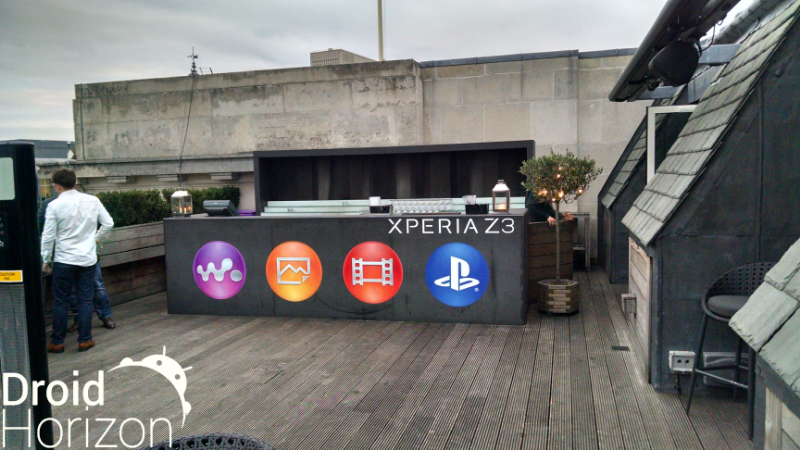 Sony finished the night off with a Sony music artist. I couldn’t work out who it was from the “live event” effect they had over the speakers and I took that as my cue to leave. A great night in all, if slightly confused, but the devices more than made up for any shortfall in organisation.

A full review of the Sony Z3 Compact will be coming in the next few weeks and after only a few minutes playing with the devices I’m really looking forward to seeing how it does as a daily driver.