Packaging for the Gear Fit along with the device.

After some debate on whether I would actually wear the Gear Fit or not I decided to pick it up yesterday and try it out.

My initial thoughts were to see if I could leave it in the box overnight, not touch it, then wake up in the morning and still want the device. I woke up this morning to my three-year old mushing a toy car into my side. Naturally, and surprisingly, my second thought was wanting to try the Gear Fit. There are a couple major concerns I have about my ability to wear a smart-watch or fitness band that I’ll detail below.

My other concern is rather simple, am I going to use the watch long enough to justify the $200 USD price tag? $200, while not being a huge amount of money is by no means too small to utilize elsewhere. That is about five tanks of gas in my tiny car, a solid week’s worth of groceries, some kids clothes for school, or any number of things. While I do workout about once a week at a gym I can not tell you the last time I went running outdoors. I do have a sneaky suspicion that this electronic device on my wrist is going to almost force me to go running just to see if it’s a pleasant experience.

While I have pointed out my concerns I want to also explain why I am excited about the Gear Fit. It is one of the two reasons I chose the Samsung Galaxy S5 over the new HTC One M8. The other reason was the camera on the Galaxy S5 but I digress. Being a technology fanatic I often feel like I spend too much time with my face directed to my phone, computer, or tablets and I may miss things. I do not want to make the jump to Google Glass but I believe that the Gear Fit will give me the ability to check notifications and determine their importance without missing anything in conversation. This is going to make me leave my phone in my pocket and more actively engage in life on a daily basis! I know what you’re probably thinking, “What the heck are you doing if you’re taking your phone out so much? Why aren’t you actively engaging now?” Unfortunately, checking the time is a big deal for me since I don’t wear a watch and it’s something that I have to do. I want to stress that I do not feel like I’m missing very much at all by my habits but I want to miss as little as possible. Some of my greatest memories growing up involved playing outside and spending time with friends where we were talking and having fun. The biggest interruptions at the time were house phones and when somebody’s parent showed up to get them. My children are hilarious and while they too love technology there are times where we just sit down and talk. My kids are 12 (girl) and 3 (boy) so I am sure if you are a parent you will appreciate the humor that these conversations bring to my life. I want to miss as little as possible. If I want to enjoy the Gear Fit there is only one thing that it will have to do for me; give me the ability to minimize my contact with my primary device (smartphone) while keeping me up to date on notifications and upcoming events.

So now that I have laid out my concerns with the Samsung Gear Fit and why I was actually hesitant to purchase it along with my hopes for it, what are your thoughts readers? Did you go purchase the Gear 2, Gear Neo, or Gear Fit? What are your thoughts about the device you chose? Or do you already have a smart-watch or fitness band from Pebble, LG, Nike, or Fitbit?

The devices are selling because none of the Best Buys in the Columbia, SC area had any left, the T-Mobiles were sold out, and the local WalMart stores only had a couple left. Do you agree that 2014 is the year of the smartwatch?

Here is a quick unboxing of the Gear Fit:

Once unboxed it did do a quick update. Go to 2:30 for what it actually does if you don’t want to hear me talk for that long: 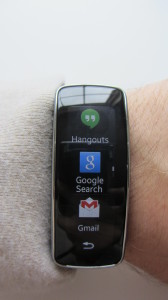 One of the clock options that includes the date 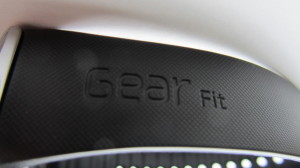 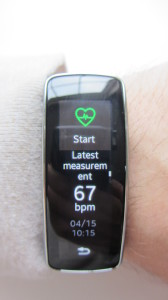 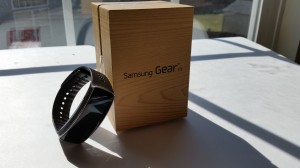