Imagine if you lost a precious photo of your family just because you didn’t back it up properly? That’s what WD is trying to talk to people about and we’ve teamed up with the company to offer a special discount code to our readers.

The average consumer now values their digital content at £3,241

Research launched today by WD®, a Western Digital (NASDAQ: WDC) company, reveals that over half (56%) of UK consumers have been forced to delete content from a technology device, due to capacity issues, and then have regretted doing so. Post Deletion Stress Disorder (PDSD) – which refers to consumers that delete content on impulse to make room for more pictures, videos and selfies – is only set to continue as consumer’s digital consumption habits start to exceed device storage capabilities.

The research study1, which was conducted with 1,000 UK consumers found that 7%  are running out of storage on their mobile daily, 16%  are reaching ‘full memory’ at least weekly and 1 in 3 (31%) run out of storage capacity at least monthly.

Why? Because when given a choice, consumers generally prefer to own content outright, rather than rent it. As a result storage allocations on devices are being pushed with 77% downloading an app to a mobile device at least monthly, and around one third (33%) downloading a feature film to a mobile device this often. Photographs were found to take up the most storage capacity across a range of consumer devices, (29% within smartphones), while 44% admit they ‘don’t know’ what content is taking up storage capacity on their devices.

Over two fifths (44%) of those involved in the survey admitted to trying to manage on just 64GB of device storage. And despite 31% saying their device reaches full capacity at some point only a third (33%) of those with personal storage/back up technology, have invested in an external hard drive, connected via a cable. What’s more just 2% of those surveyed are using a paid cloud storage solution, and less than a fifth (16%) are taking advantage of a free cloud storage service. 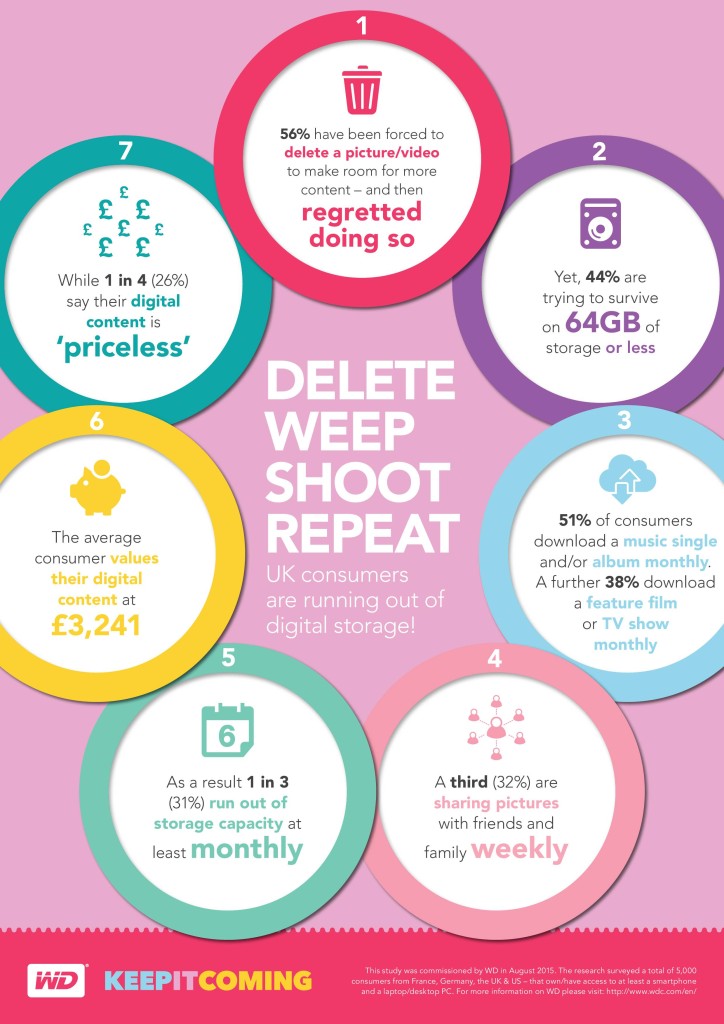 As a reminder to think about the importance of storage, WD is happy to offer our readers a 10% discount on selected products on the WD UK store, just use code MUMSNET2015

WD have some really cool products such as the My Cloud (personal Cloud system), My Passport X (a drive for your Xbox) and My Passport Ultra (standard hard drive), which are the perfect last minute presents!

Storage Expansion: 5 Things That You Surely Would Love to Know
September 24, 2018