Fifth generation networks, more commonly known as 5G is set to be introduced to smartphones in 2019. The hype surrounding 5G has been building for a while now and it is finally set to become a reality in 2019. 5G technology promises faster and more responsive wireless networks and it is believed that it will go a long way in terms of transforming the world and enabling some amazing things like provide power to self-driving cars. 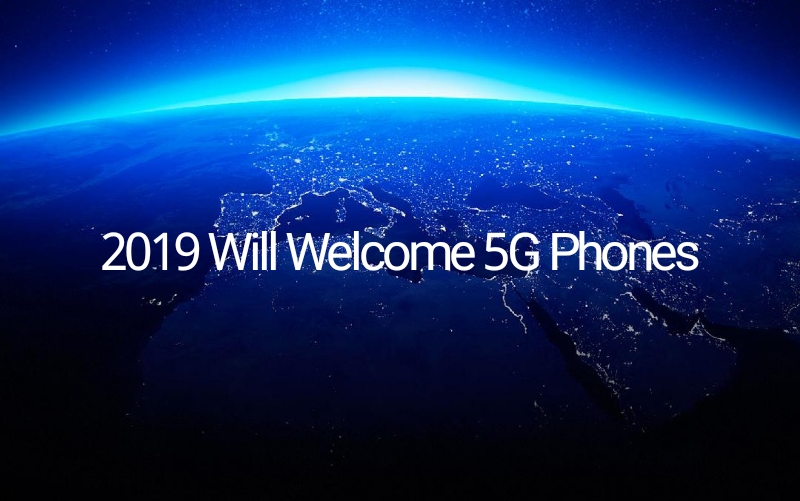 5G speeds will come to phones from 19 companies, which include LG, Vodafone, BT, Sony, ZTE and HTC. These providers have signed up enabling them to use the Qualcomm Snapdragon X50 5G NR modem, which will allow multi-gigabit per second downloads, along with lower latency, which will mean everything done via the internet on the phone will be seamless with no downtime.

Qualcomm is also trying to get rid of the need for public wi-fi and provide greater all round connectivity. Not only will browsing be faster, but also the quality of video calls will improve and connectivity to the cloud will be instant. This connection to the cloud may mean that there will no longer be any need to have and use flash storage on devise as it could see universally free cloud storage. At the moment 4G phones take around 50 milliseconds to connect to the cloud and exchange information, with 5G this time will reduce to less than 1 millisecond, which is even faster than a human eye can process.

The X50 chip, created by Qualcomm is capable of download speeds up to 4.51 gigabits per second.  The X50 is ready to go into any 5G phones and companies such as Xiaomi, LG, HTC and Sony Mobile, who all provide devices are signed up to use the chips.

It is still an unknown as to how the 5G enabled phones are going to take full advantage of the lightning fast connectivity 5G will provide and it is probable it will raise concerns with regards to battery life of devices. However, it is safe to say though that videos will be streamed and texts sent up to 10 times faster than is currently seen with the 4G network. Furthermore, consumers and businesses will be able to benefit from super fast speeds. So for example in the case of the online casino industry which relies heavily on mobile devices, online casino brands like Unibet will be able to benefit by offering its members perfect Live Casino and tournament events without having to worry about lag times or loss of connection.

The first countries to introduce 5G are set to be South Korea, Japan and Australia, in early 2019, closely followed by China. 5G trials have already taken place in Hong Kong too and the USA are also likely to launch within several major states in 2019. To start with 5G will just become an upgrade on the current 4G network, but in the future it is likely to evolve further and make a lot more possible in terms of what can be achieved, especially with a mobile device.