VRS Design are a big name in phone cases, and I have been using them since I started getting Samsung phones. So when I got the S7 Edge they were the first guys I went to, as not only do they look they also do a great job at protecting the phone itself.

This case design is a great idea for people who just want to take their phone and an ID/credit card, and sometimes cash with them to the gym, a quick run to the shop, or out and about. As someone without a lot of cards anyway this is a great case for me.

The case itself is made from two separate pieces. The first being an inner rubber piece which feels like its been reinforced and has thicker edges. This rubber piece attaches to the outer hard plastic shell which can hold two credit cards. The outer shell is mainly to give the case a good look, to hold in the rubber inner piece and also for the credit card holding. All of the cutouts are cut precisely and all the buttons work flawlessly. The case is incredibly thin and light, but still giving me a feeling of being secure and safe from drops. As I said the case holds two credit cards, I tried for 3 but the clip wouldn’t shut and lock. There are rubber pieces that run along the top and bottom of the screen, so that if I place it on a flat surface, the screen will not touch the surface.

This case comes in at $29.99, which is a pretty good deal, as you are getting a phone case and wallet. 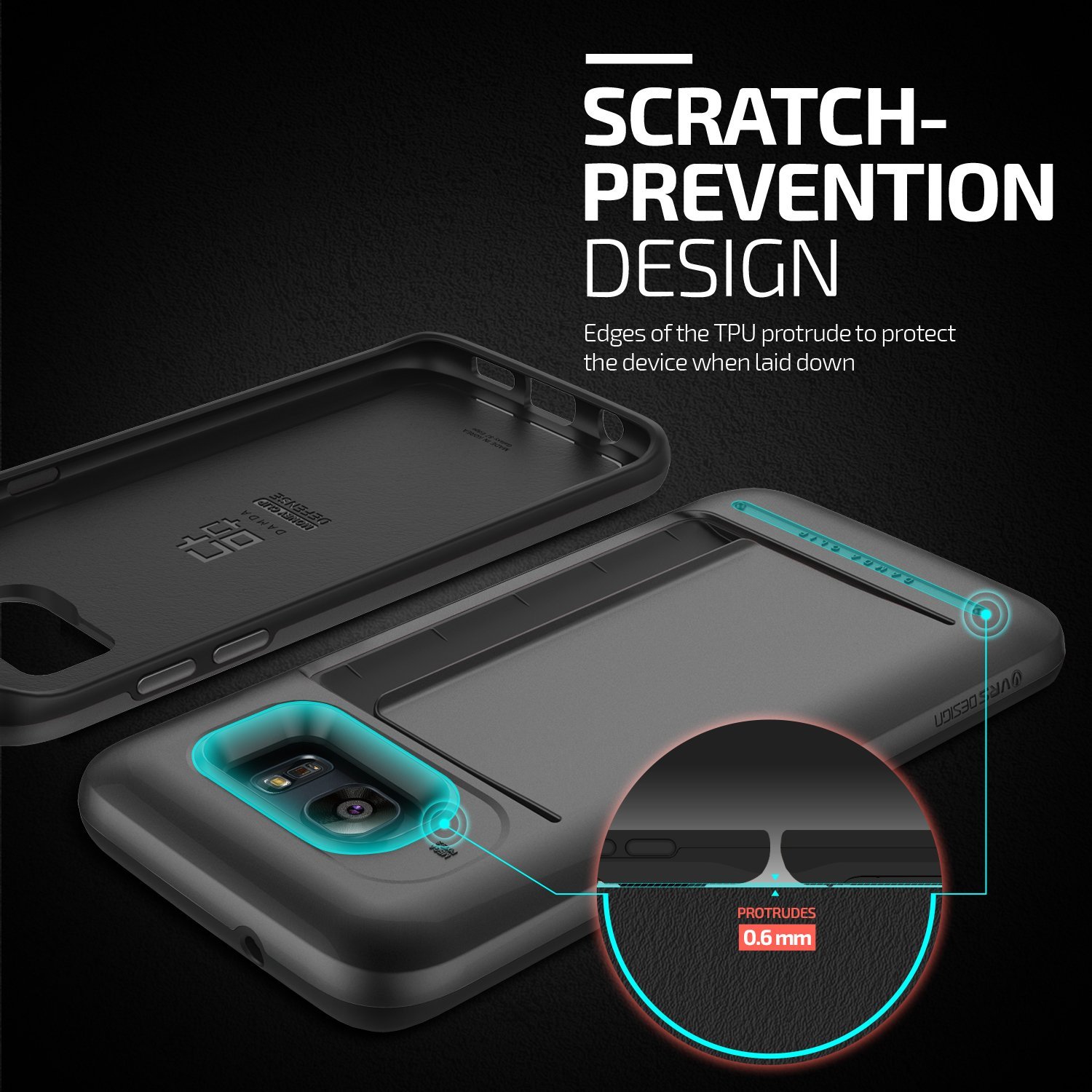 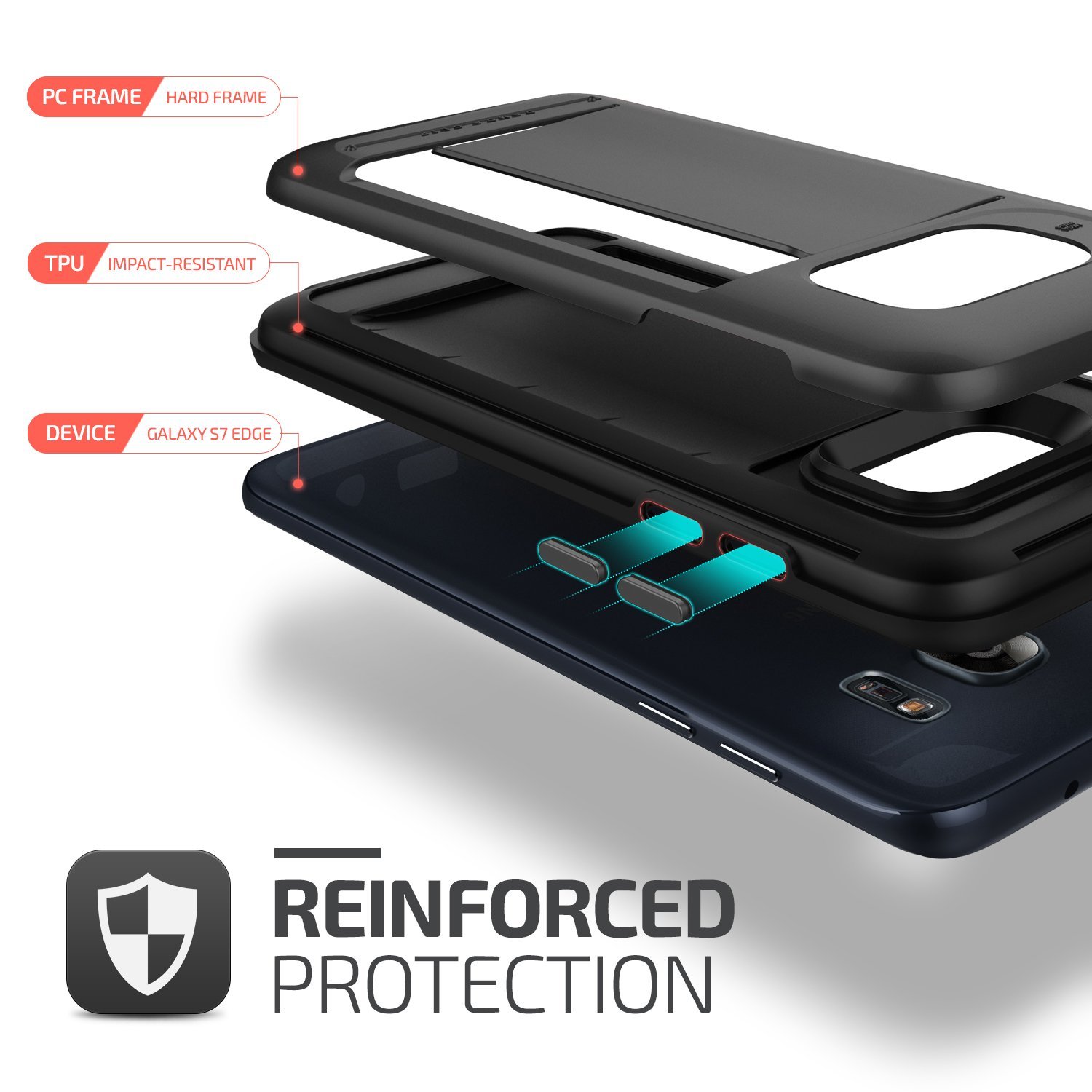 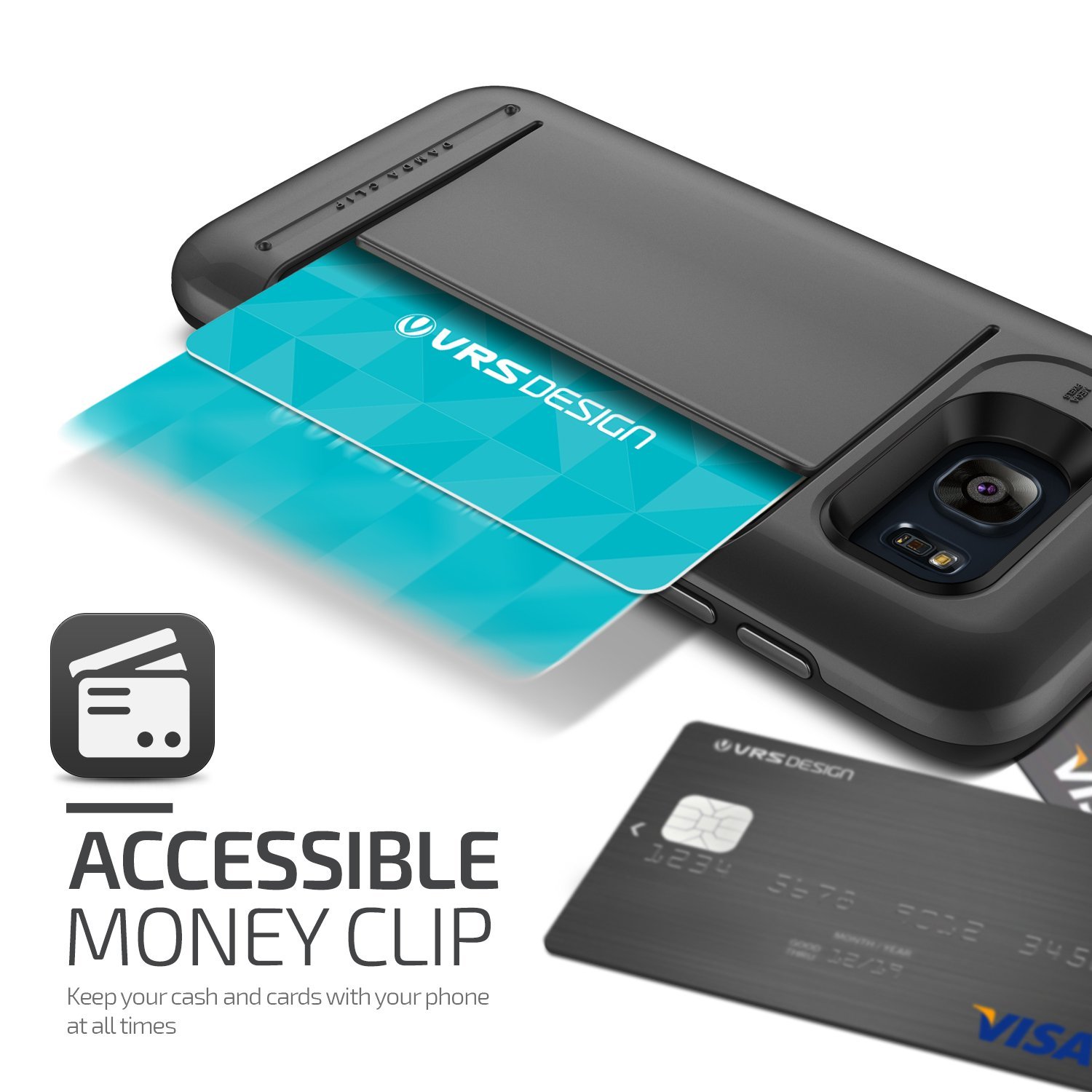 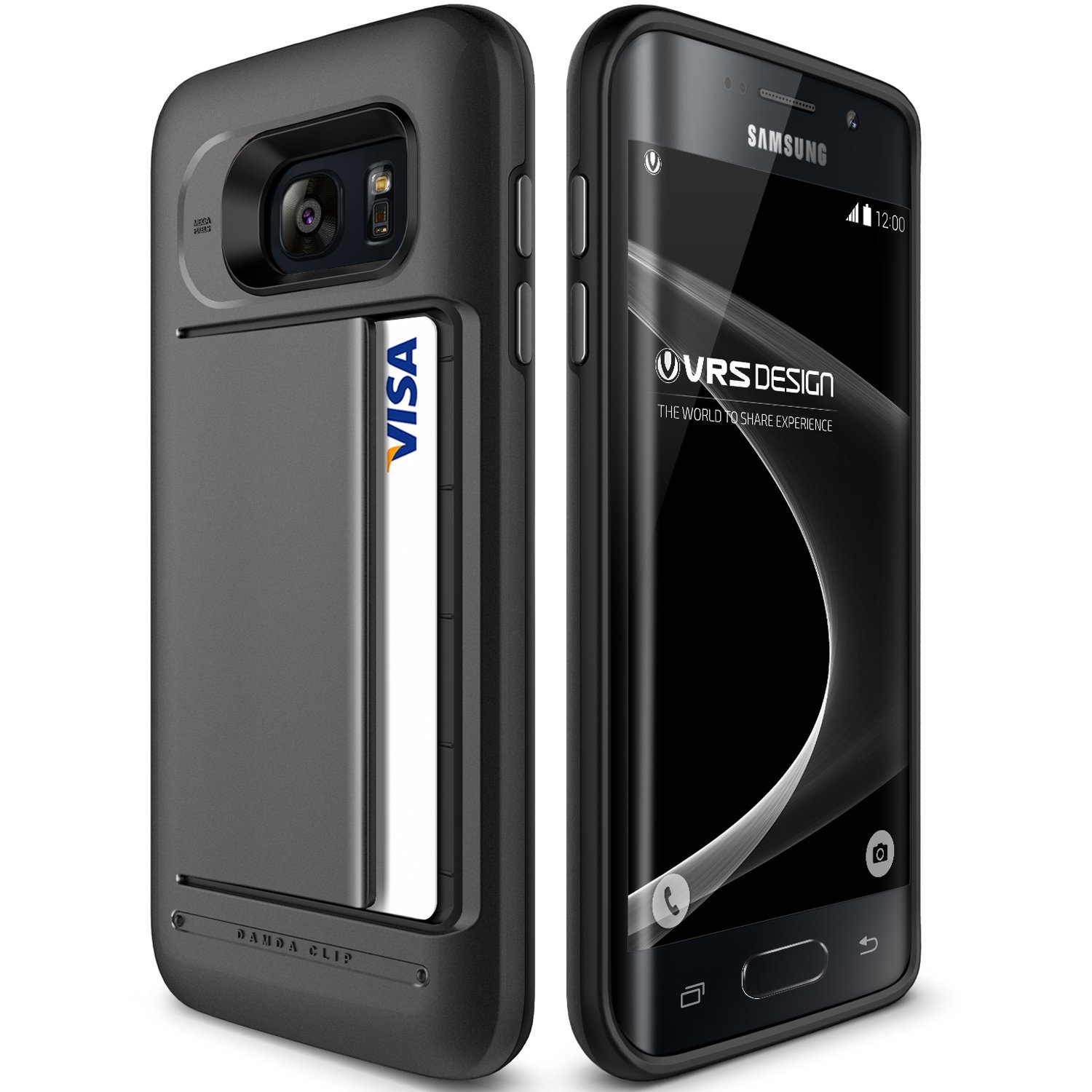 As someone who loves the feel of the S7 Edge in the hand, I was interested in seeing if I could get a slim-fit case, which felt as much like the phone did as possible. This case fitted my S7 Edge perfectly. It fitted on easily but with enough snug that I can’t imagine it falling off. The cutouts are perfectly placed and the best size for most of my USB and headphone accessories. The buttons on the case align with the the S7 Edge buttons and work flawlessly.

The best bit about this case is how it feels in the hand. They have treated the plastic to give it a rubber feel, so not only is it easier to grip, gone are the days of worrying if it will be dropped. As it is a slim-fit I would imagine the impact protect is a lot lower then the bigger triple defence cases. 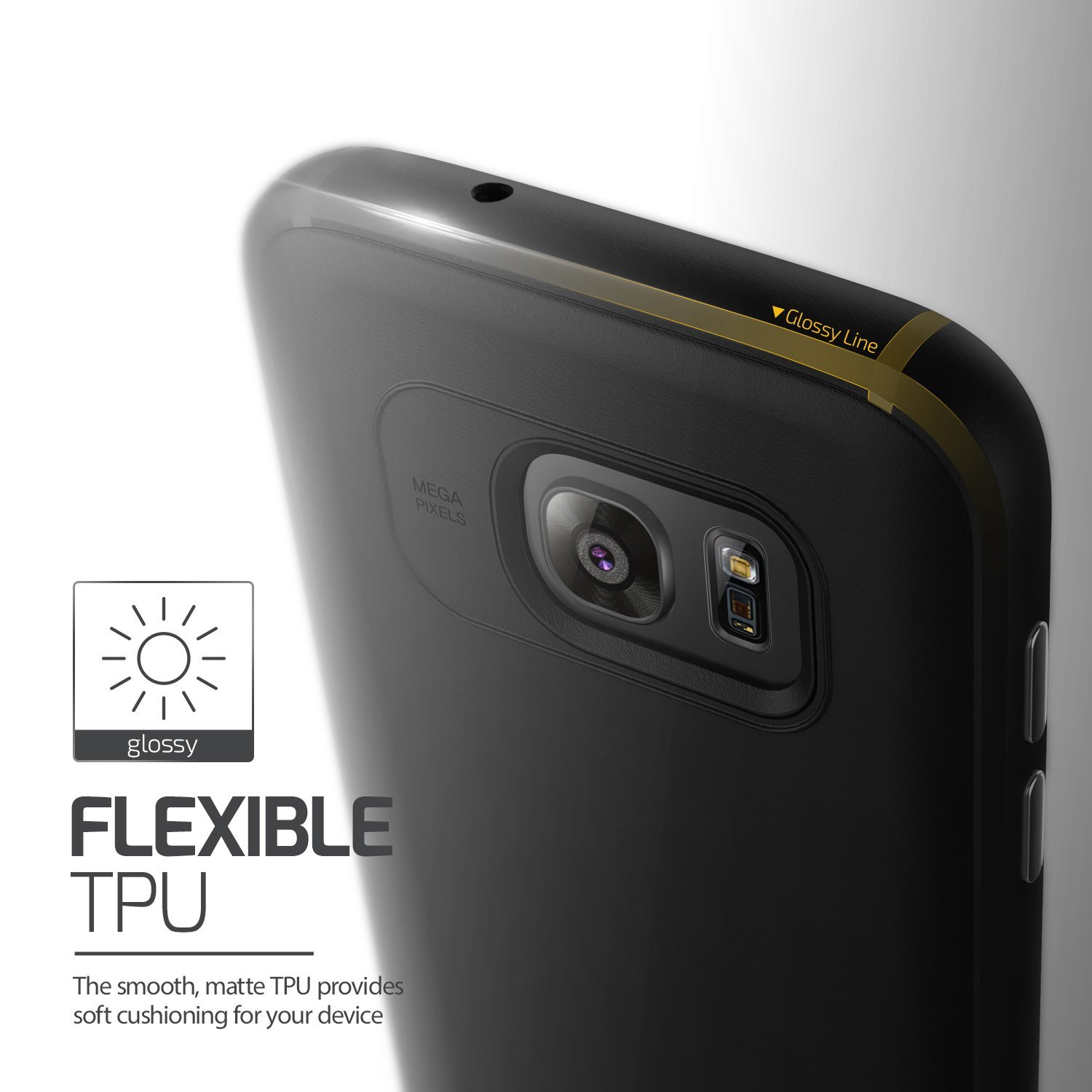 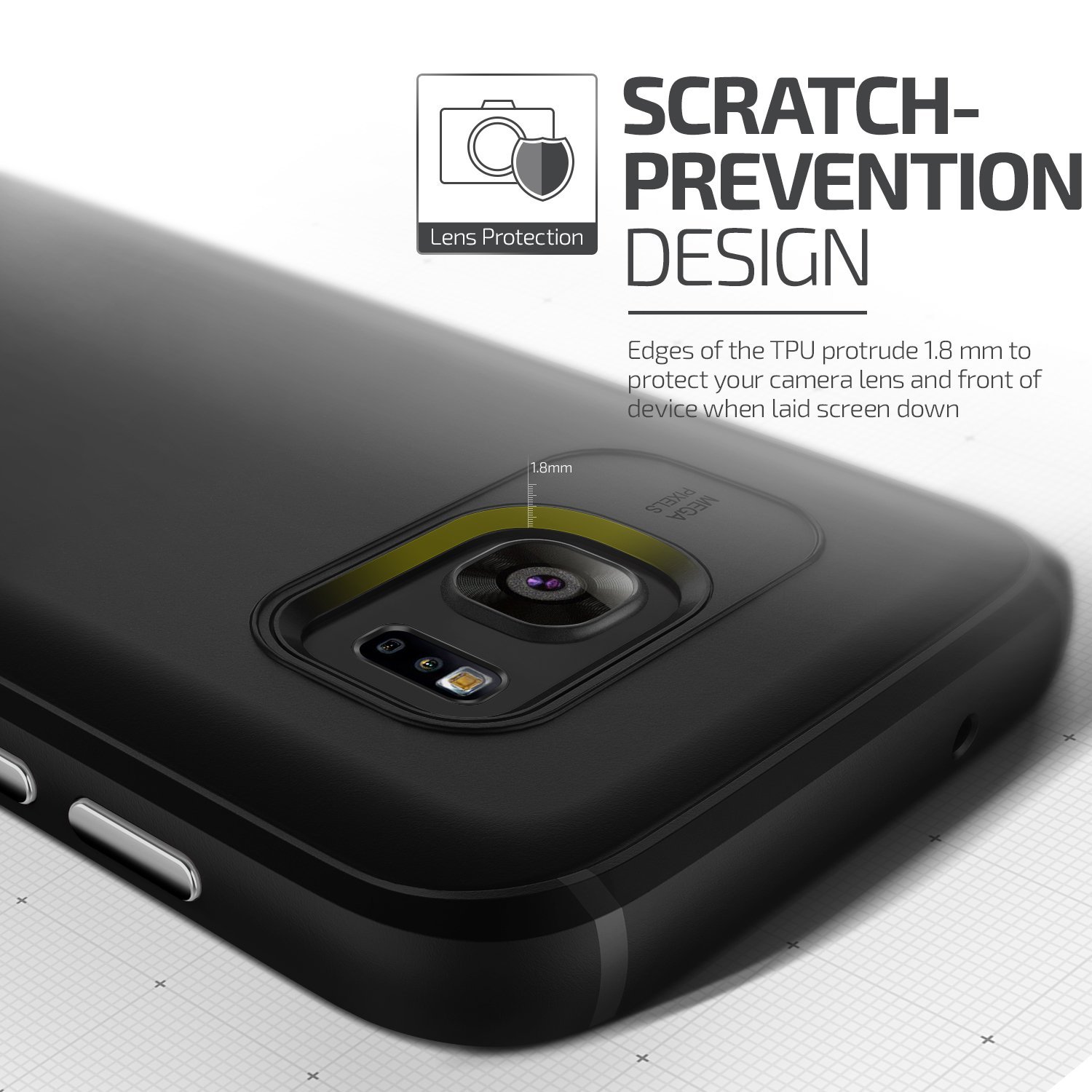 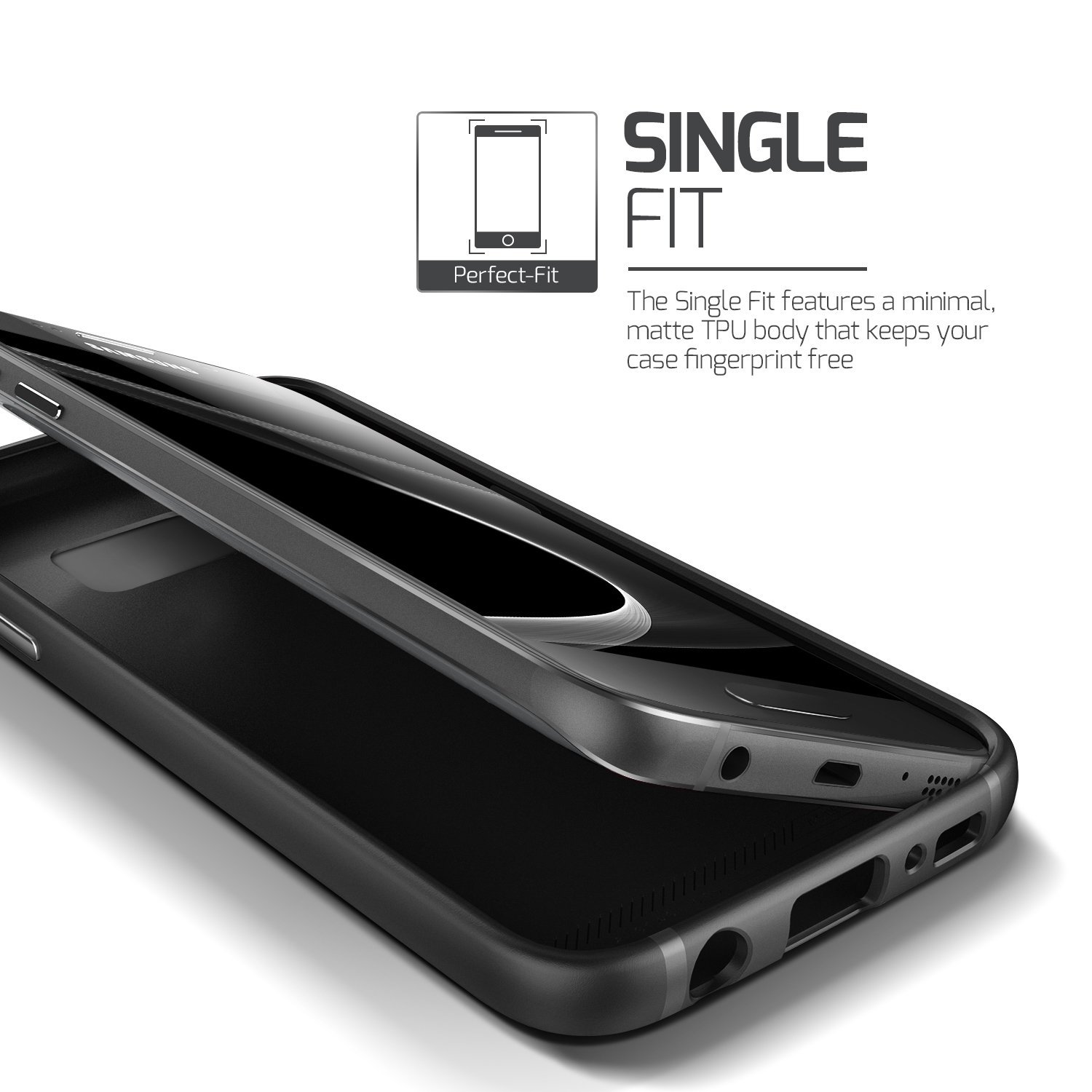 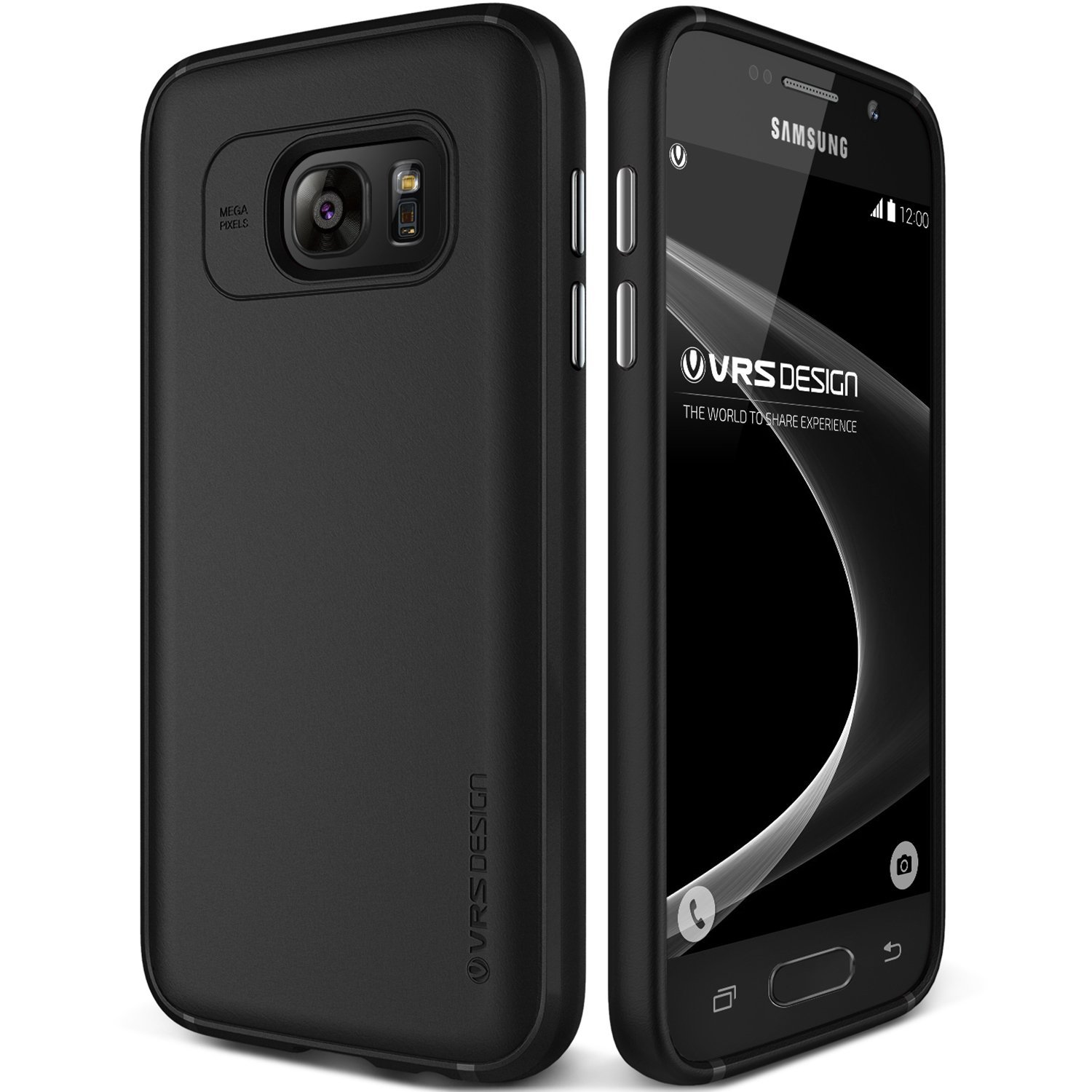 This case looked good, but upon putting it around my phone I wasn’t blown away. That’s not to say it’s not a terrible case. The plastic bumper feels incredibly fragile, and the buttons actually rattle on the case, and are a bit loose.

I found installation rather difficult, and was worried I may break my phone. The fact that you can’t use any case with the Samsung Gear VR headset means I will be frequently removing the case. Every time I remove it I am afraid of breaking the frame or the phone, but a couple of times I almost dropped the phone while struggling to get the case off.

I can really see the attraction for this case. The protection it offers is great and gives the phone a great overall look. But for the price $32.99, I was a little disappointed the frame felt as flimsy as it did. 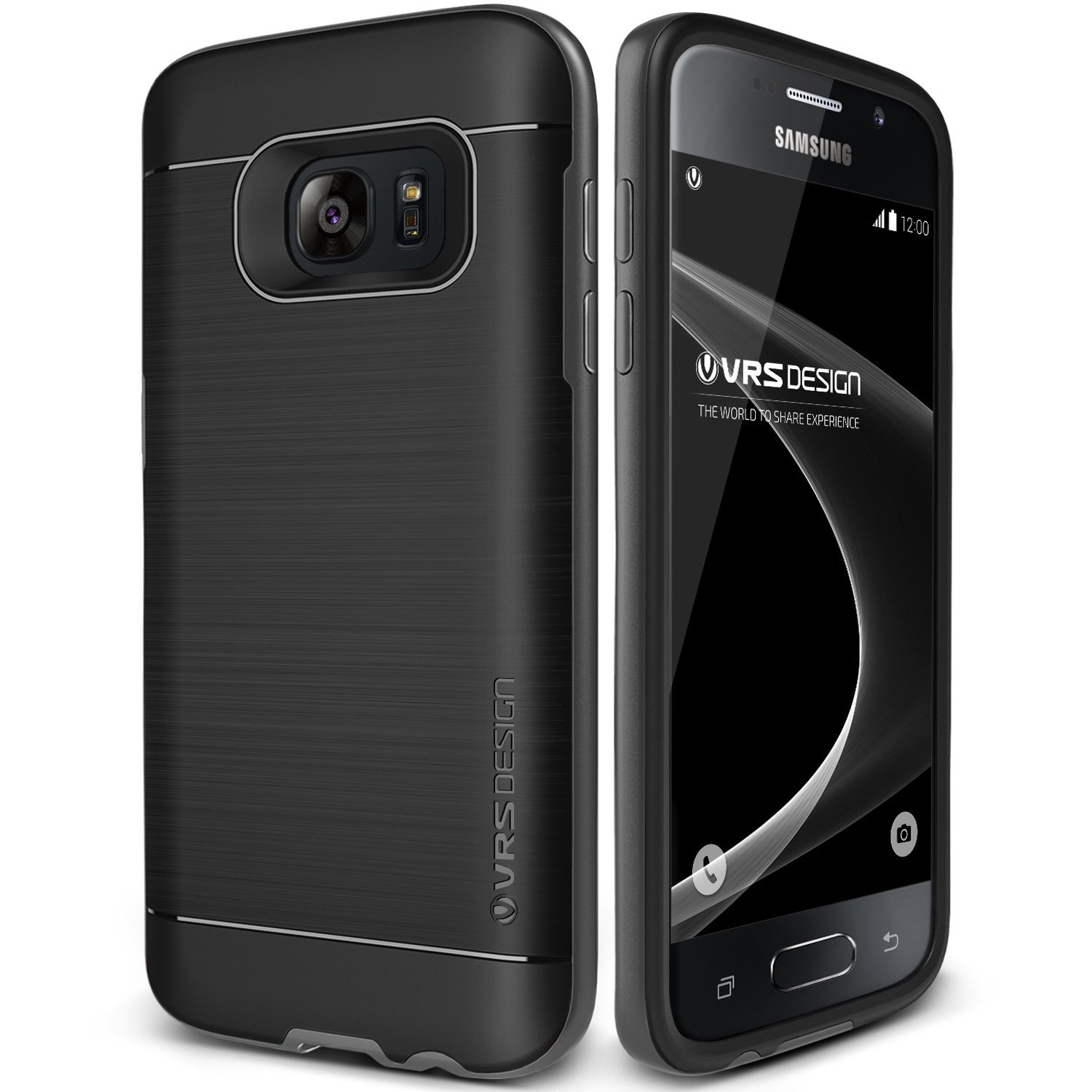 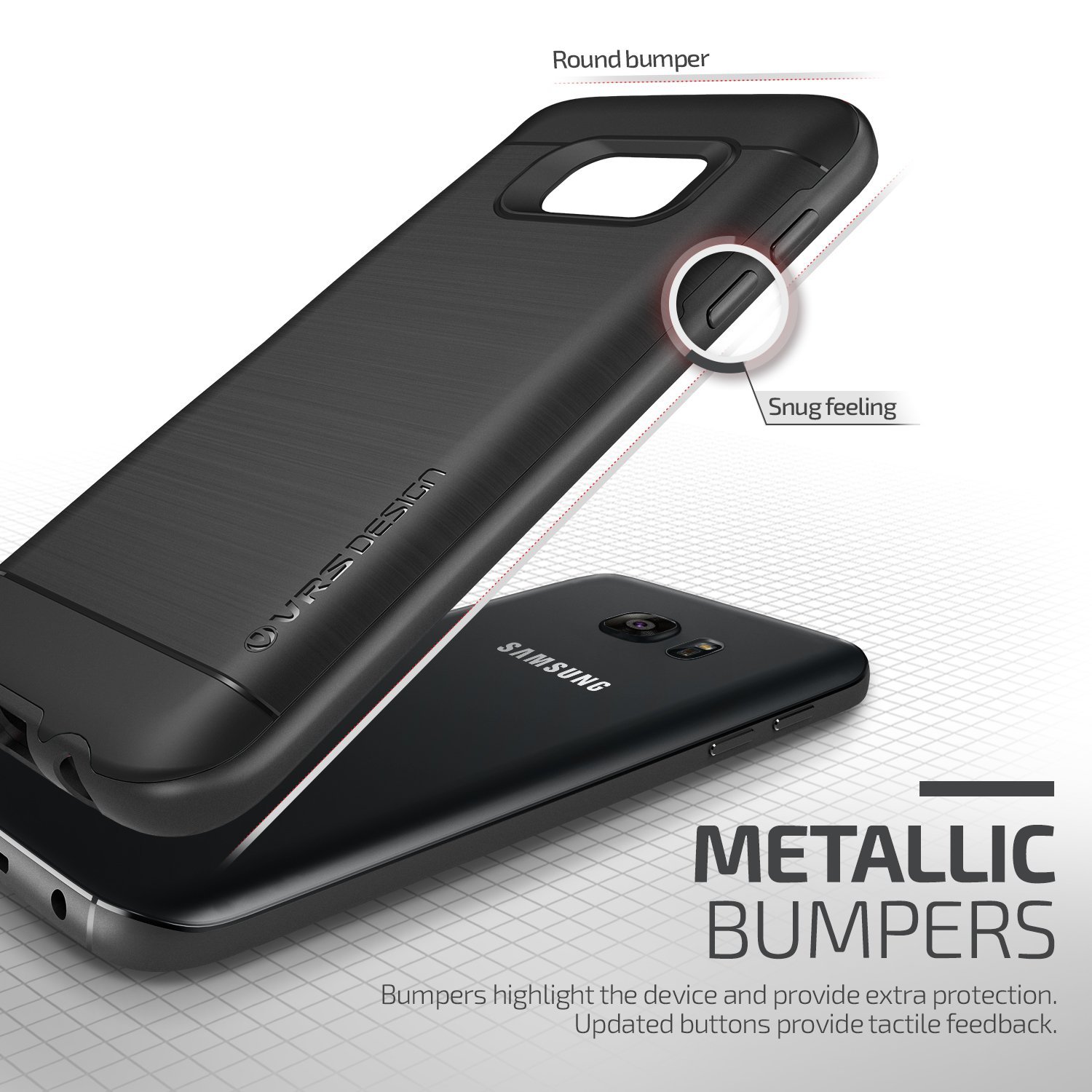 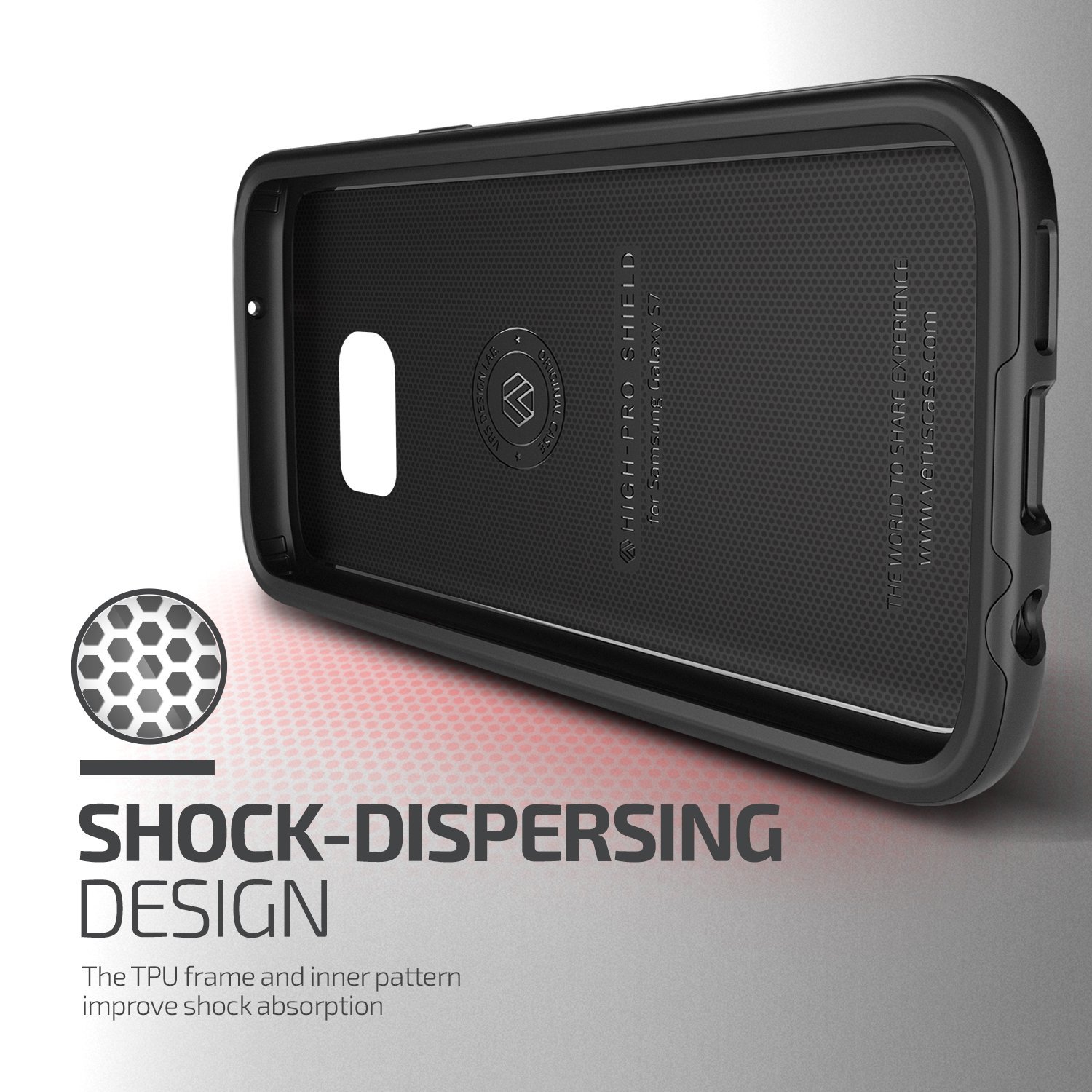 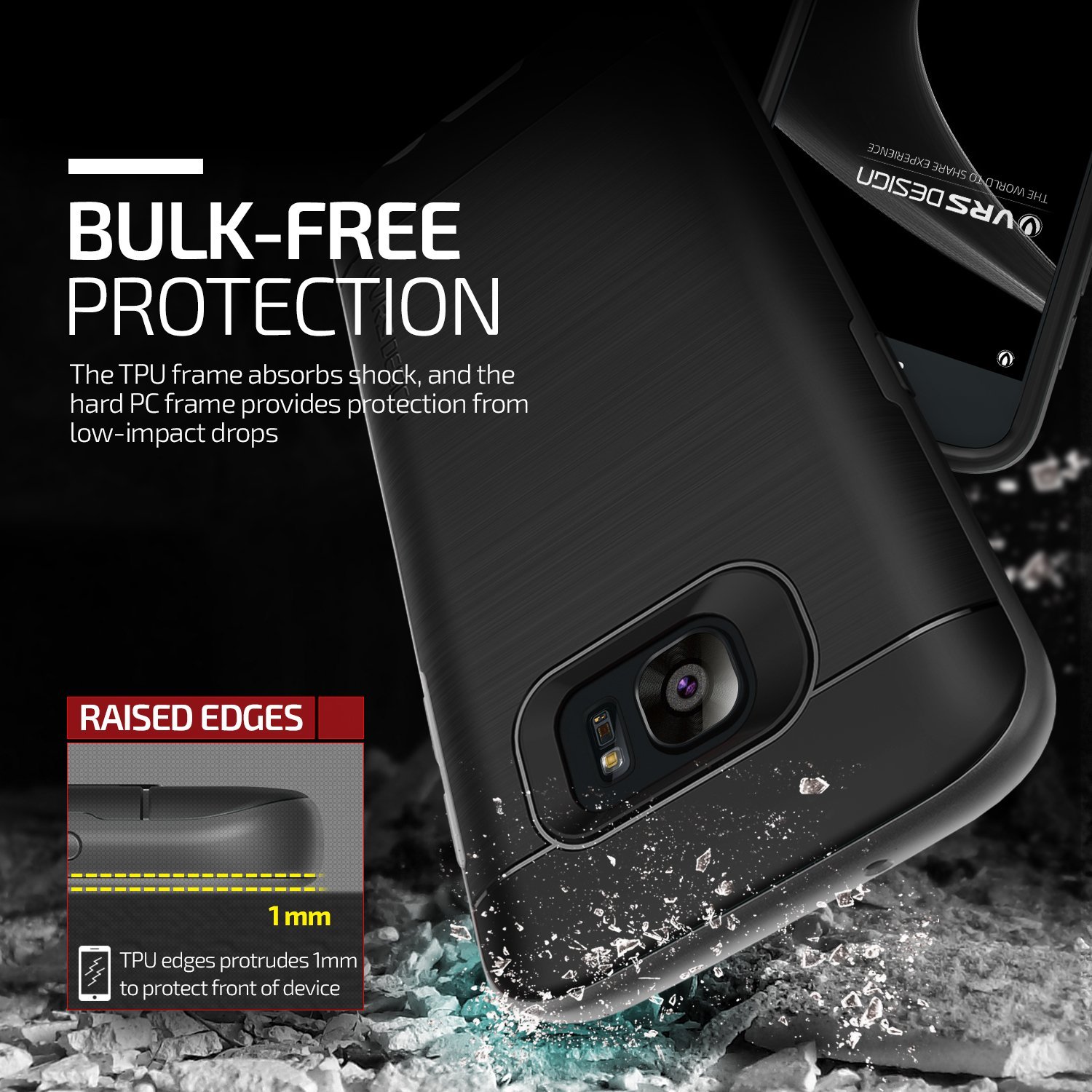 I wanted to try out a clear case, as it means I can show off the full look of the S7 Edge. The plastic was almost soft and was very easy to put onto the phone. Though I would highly recommend wiping the inside of the case, as it picks up fingerprints worse than the S7 Edge itself.

I did find that the volume and power button rattled when I moved the phone to and from my ear, this appears to be down to the bumper around the case itself. The case doesn’t add much bulk and was pretty light, and still shows off the beauty of the S7.

Installation was easy, though the bumper did make it difficult at times to remove the phone.

For the price of $32.99, I would’ve expected the buttons to not rattle. The inside of the case is a fingerprint magnet and installation was an issue when the bumper was included. 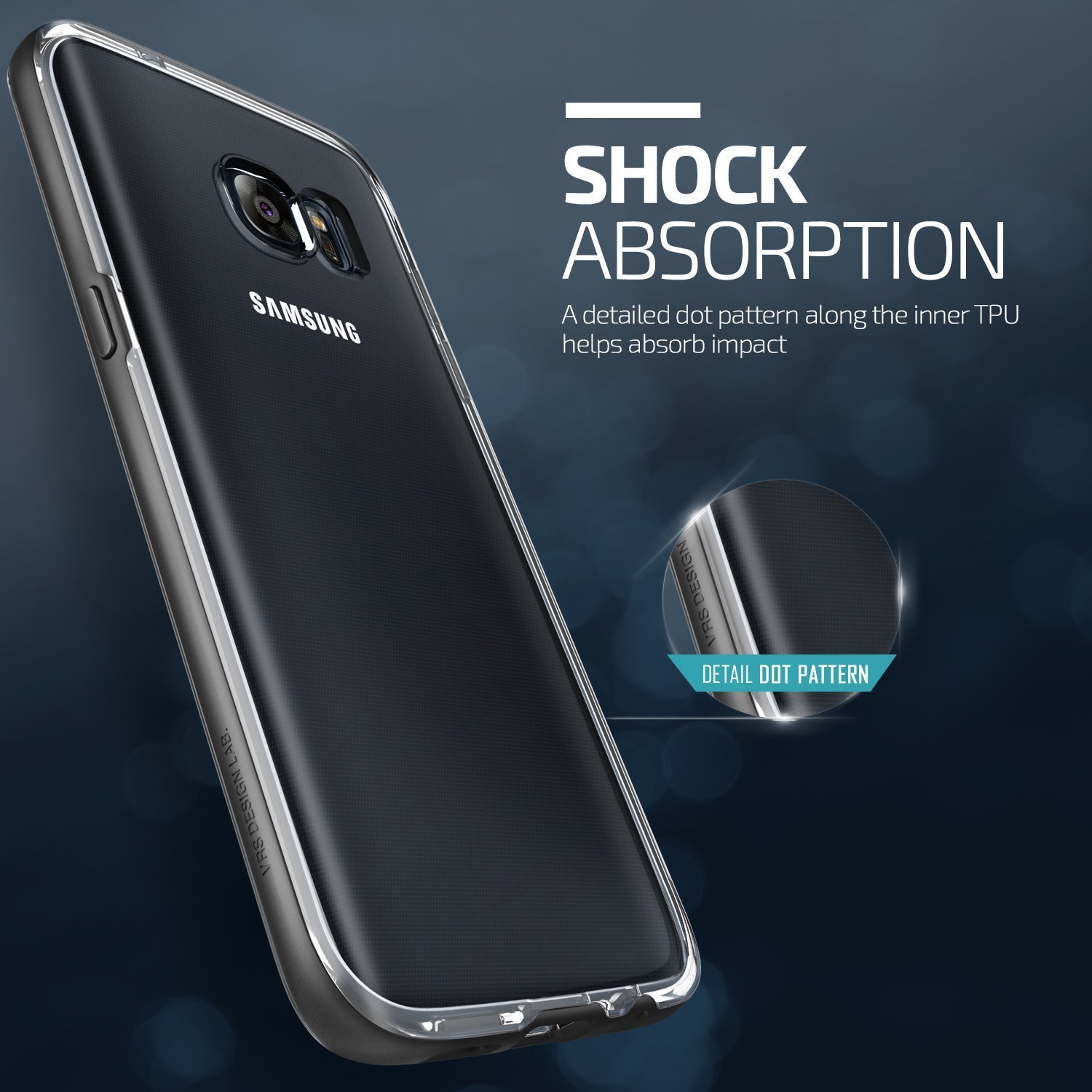 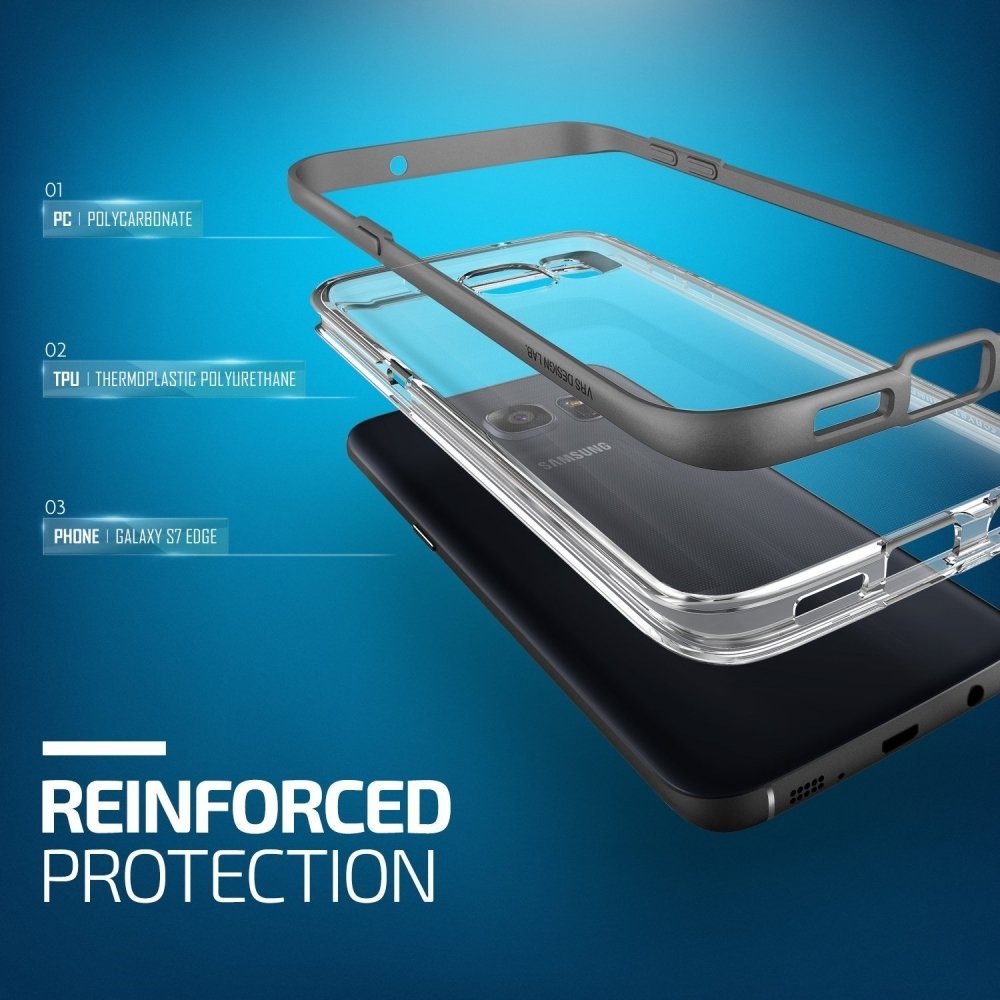 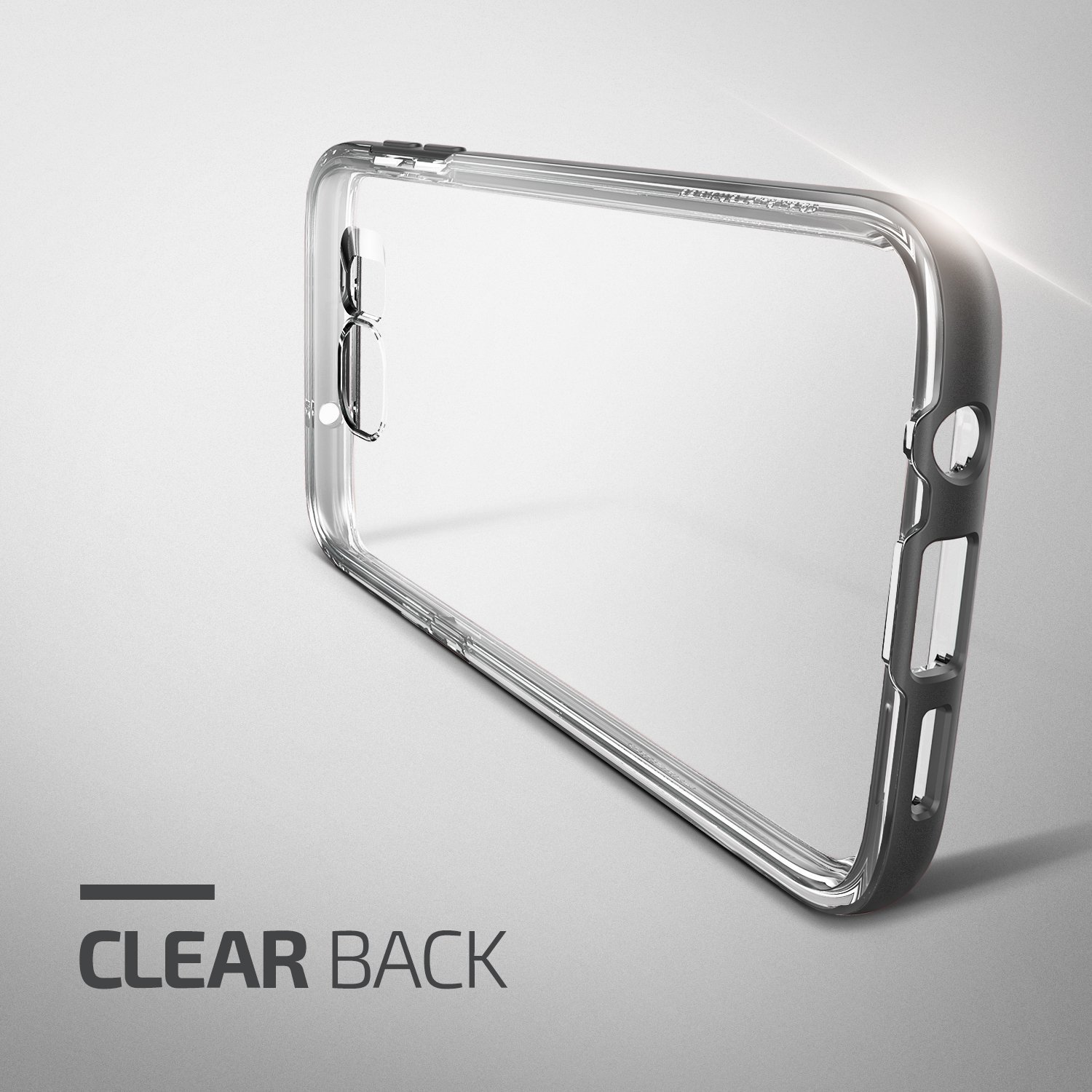 This is a solid case. It rocks a two layer design, but without the need to install the case in two parts. I found it to be a very tight fit and had to resort to a bit of force to get it in. All of the holes and buttons lined up and works perfectly. The buttons on the sides have a nice clicky feedback when I press them. The back of the case has a nice pattern, which offers a good grip and also a nice little design element. There is also the lip on the top and bottom, so when placed face down, there is a gap between the screen and the surface.

The issue I had was with removing the phone from the case. The case is a really tight fit, and I felt like I was bending the phone to get it out, which isn’t cool. Though the back does give it a bit of grip, there is still a slippery feel to it. That slippery feel mixed with the width of the phone being increased, I did feel like I was going to drop the phone a lot.

This case is $39.99, which is steep. If you wanted just this case and never wanted to remove it, then it’d be a good choice. But the overall slipperiness of it, and the fact I break a sweat taking the phone out aren’t good points. 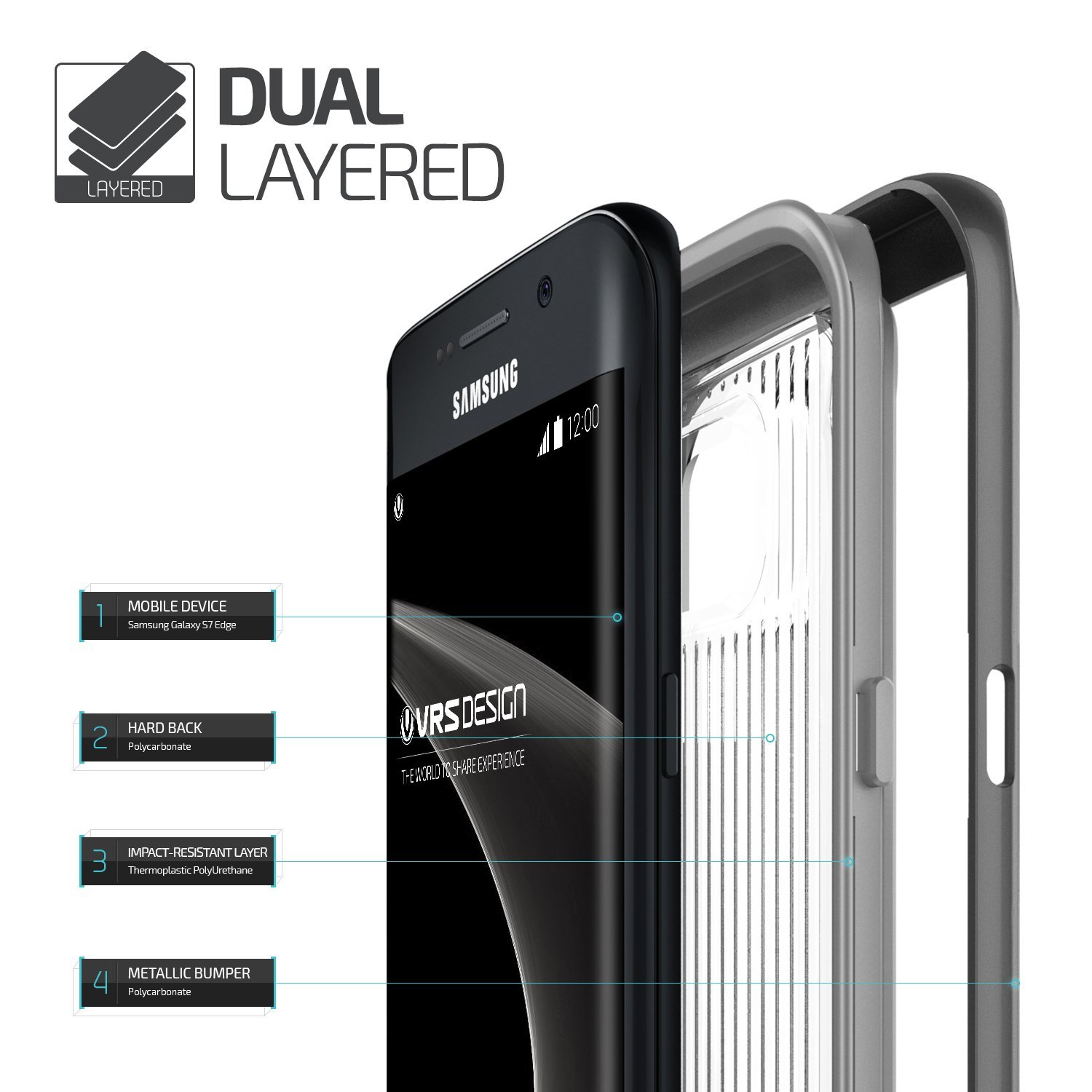 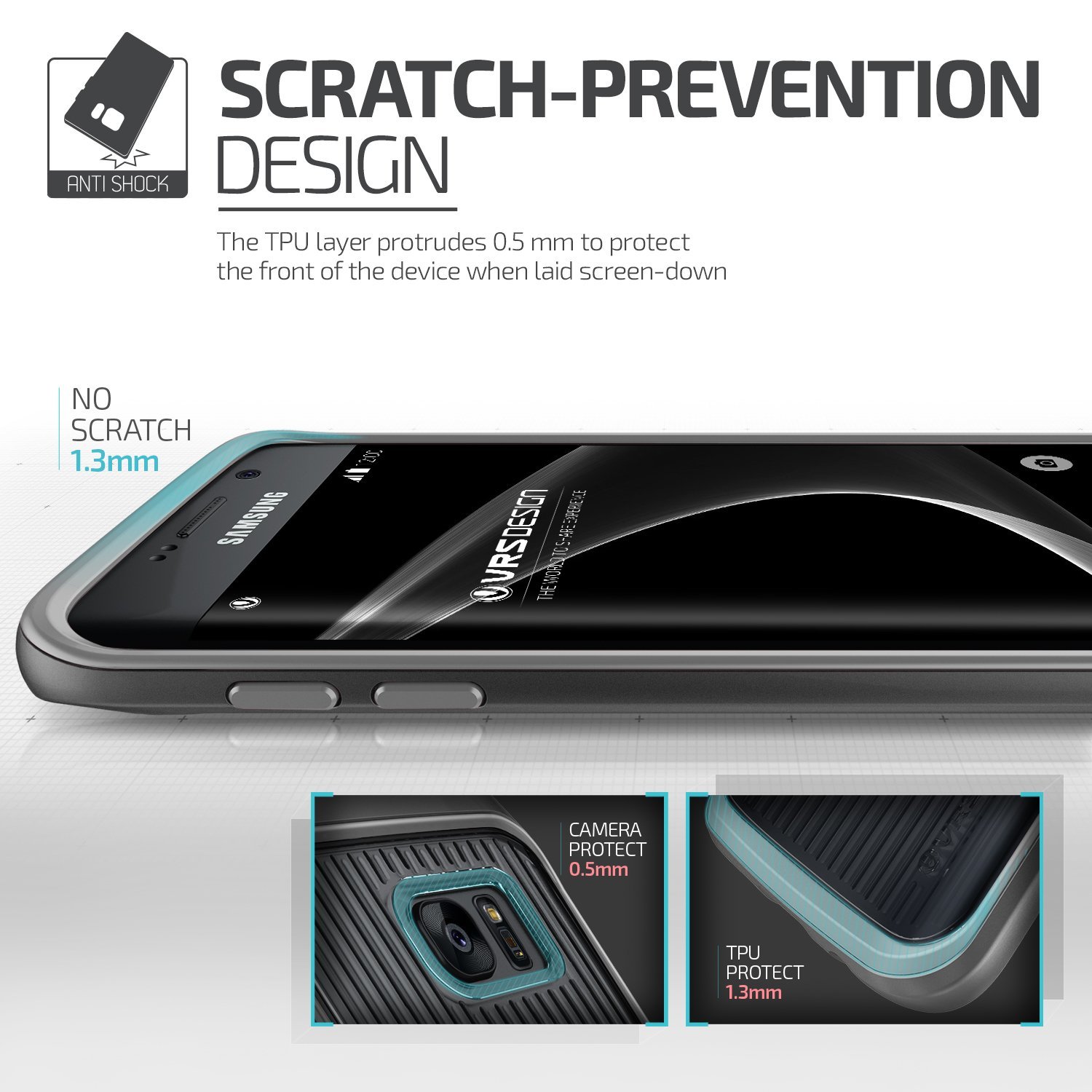 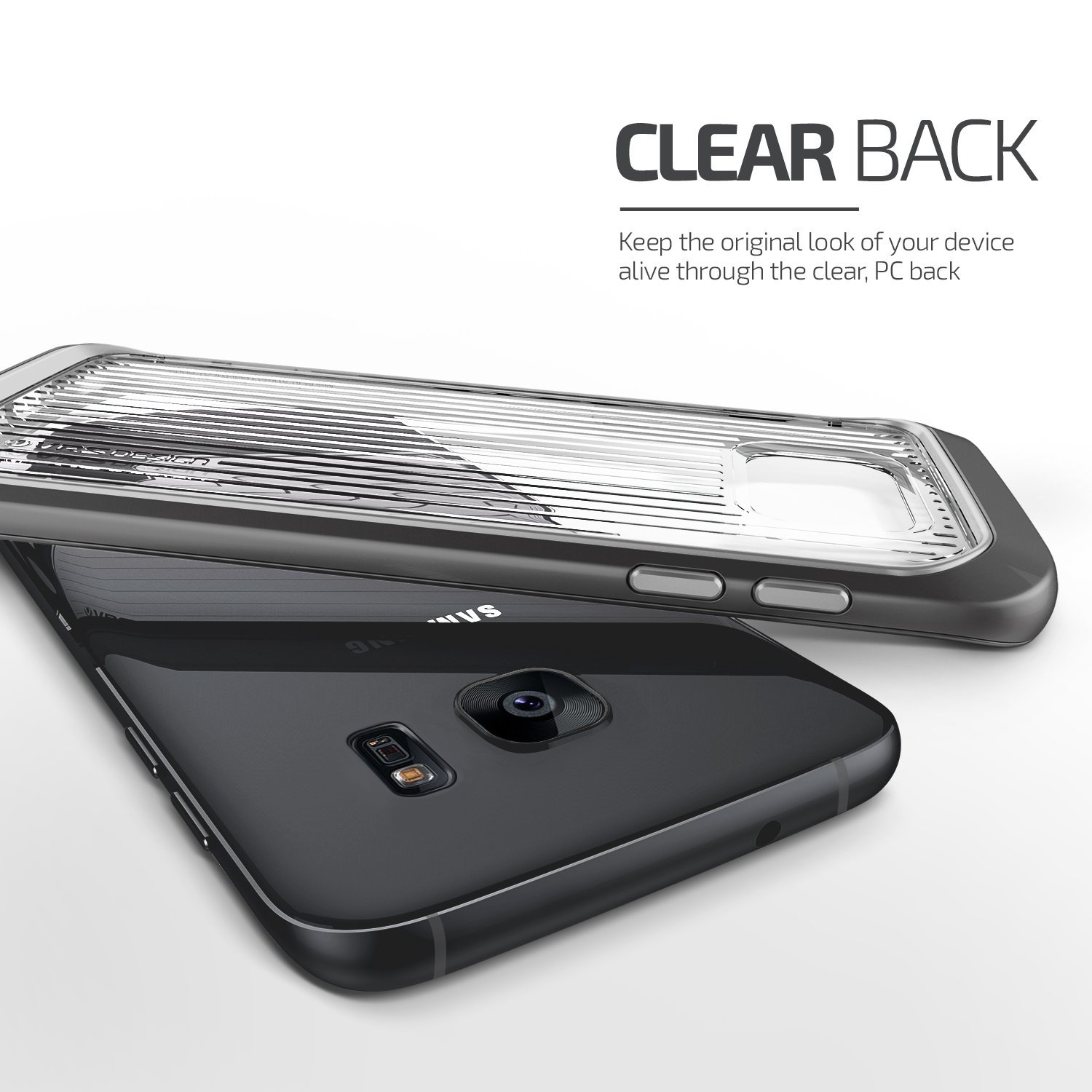 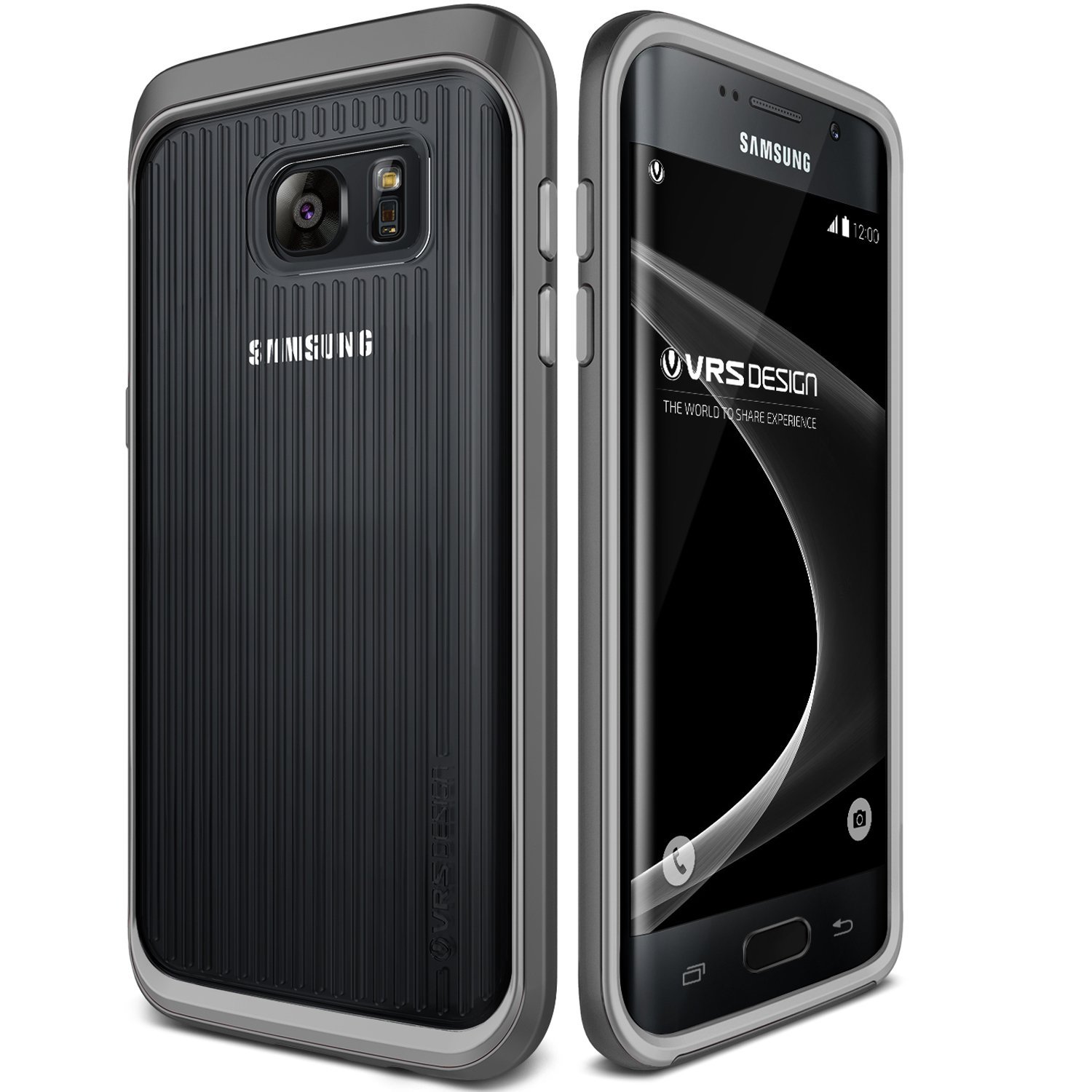 If you are after a slim case, but still wanting some good protection, then this is a great choice. The Shine Guard features a fingerprint resistant back, meaning (unlike previous cases) I don’t have to worry about wiping my case all the time. The buttons are solid, and have a good feel to them, and the case itself is incredibly slim. The build quality was good too, and felt like good materials had been used.

The real only problem that I have is that (Again!) it’s not as easy to slip in and out of the case. Which is a pain when using it with the Samsung Gear VR. It’s a tight fit, and once it’s in, there’s no play in it.

For $27.99, this is a good choice, as the only negative is removing the phone from the case, and not a lot of people do this. 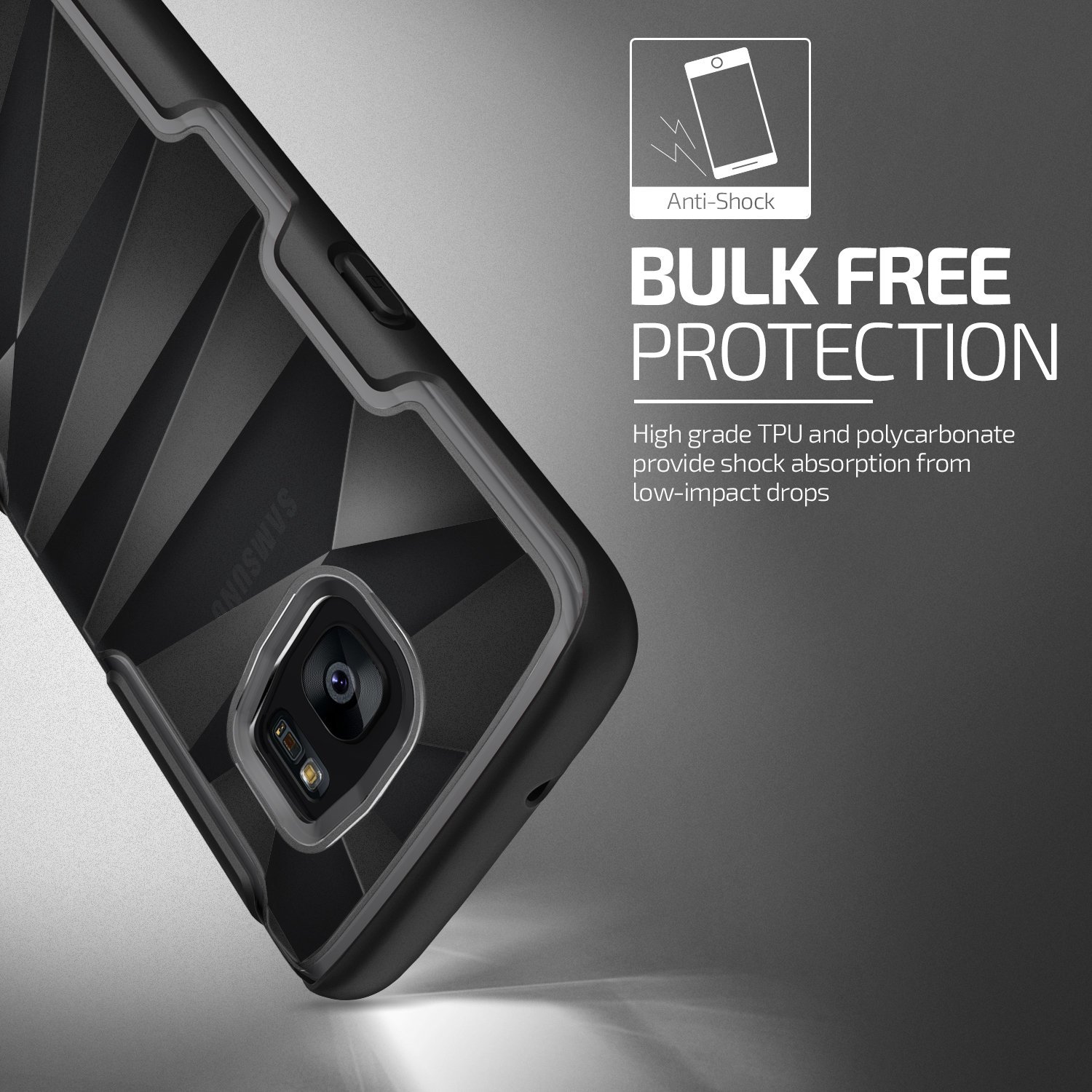 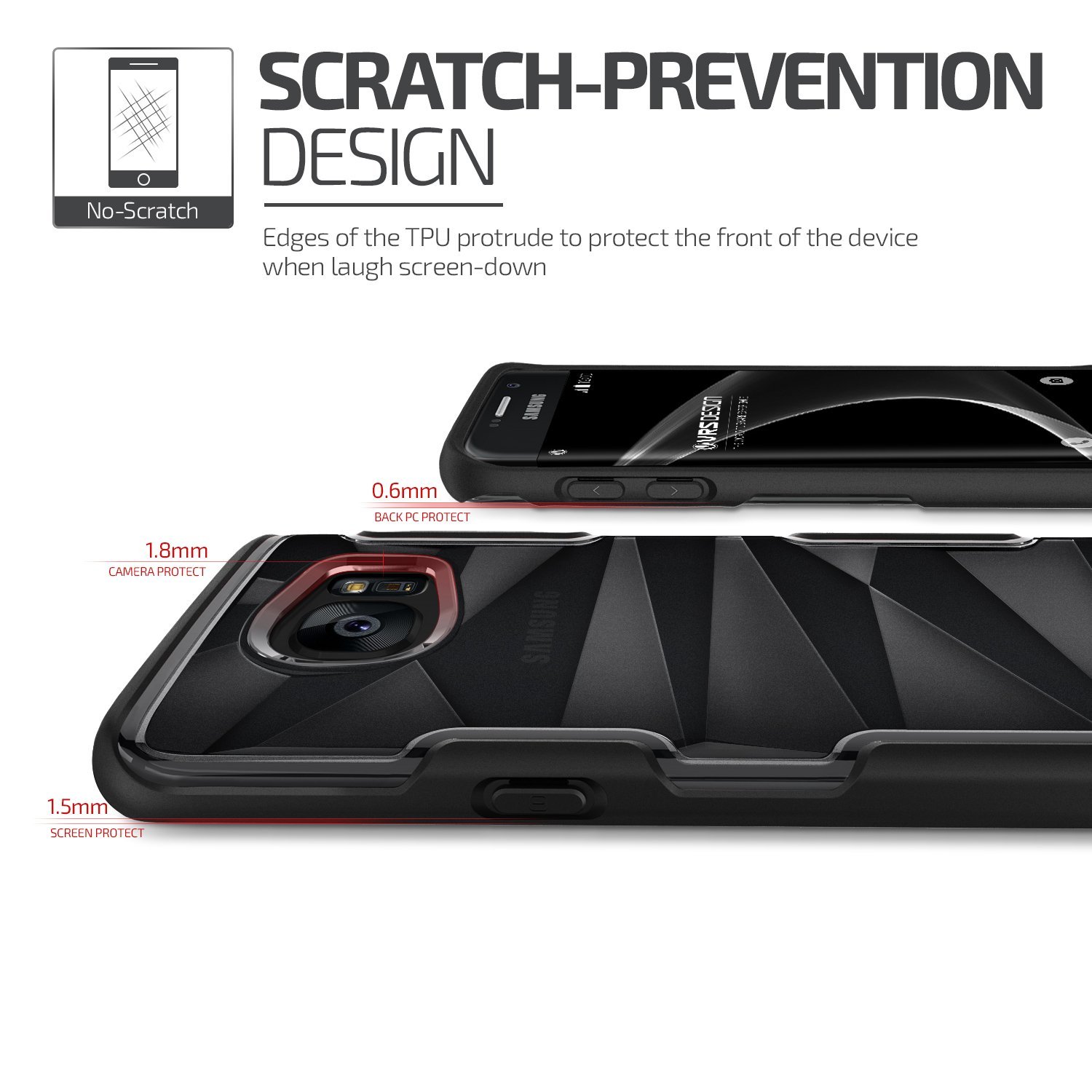 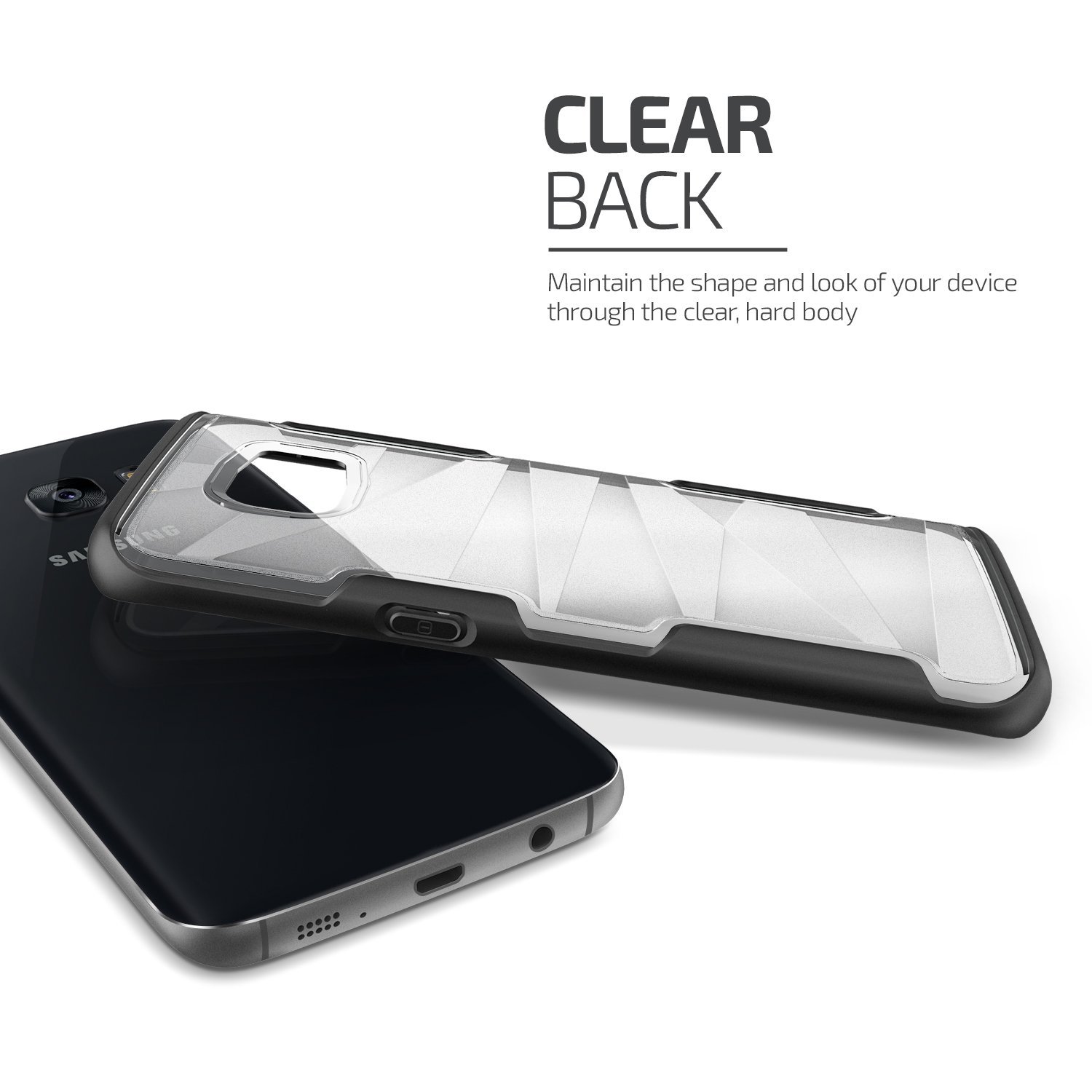 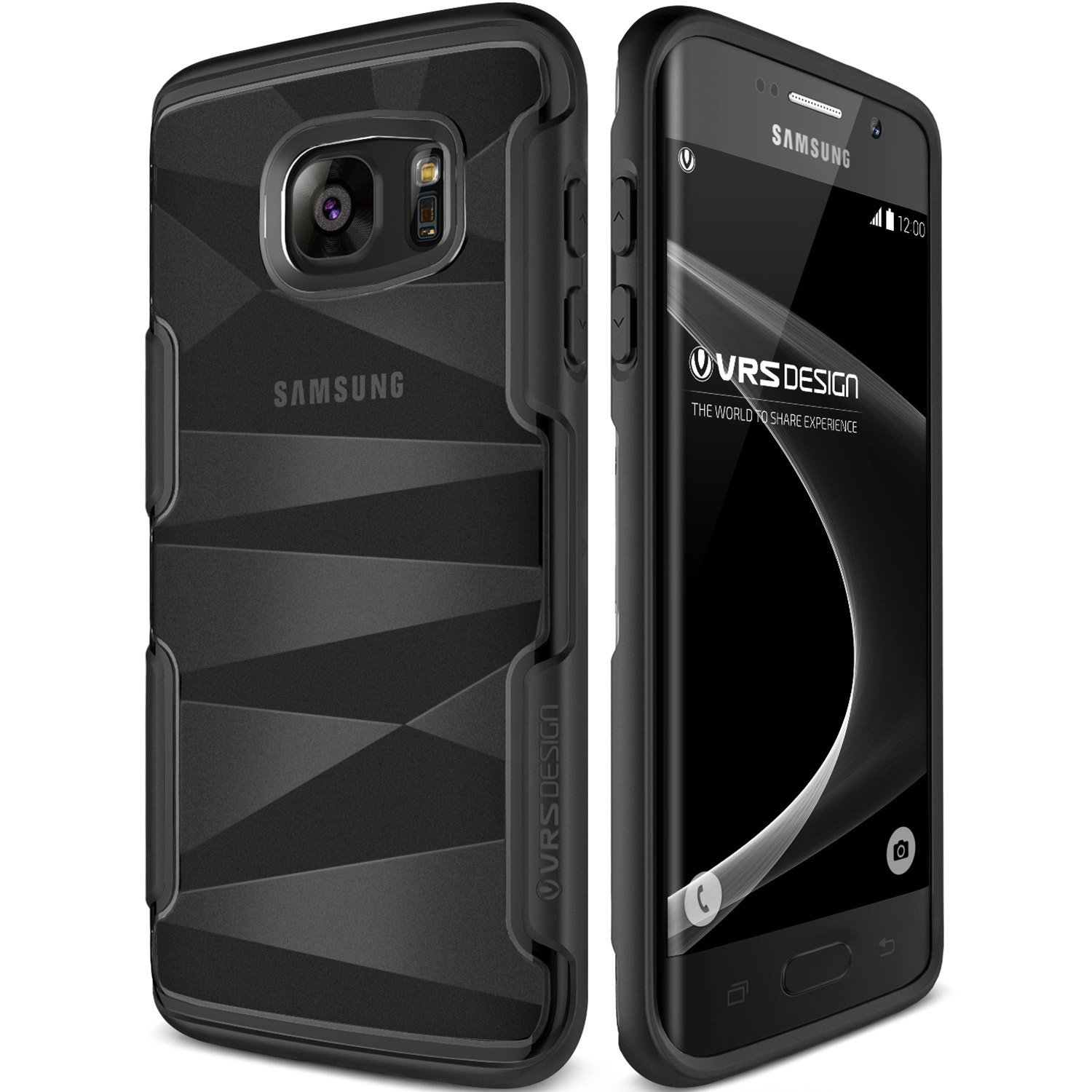