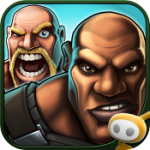 Yes, you guessed right. Gun Bros 2 is a sequel. Gun Bros was released back in 2009 and was an early example of a freemium game – you get the game for free but then they entice you with upgrades that cost actual money.

The original was a great success, and Glu Mobile have stuck to the winning formula with Gun Bros 2. The game-play is very similar – dual virtual joysticks allow you to move your Bro with your left thumb and shoot waves of varied bad guys in all directions with your right. You don’t have to fight alone – your brother stays by your side helping you out. He can either be AI controlled or you can play multiplayer. 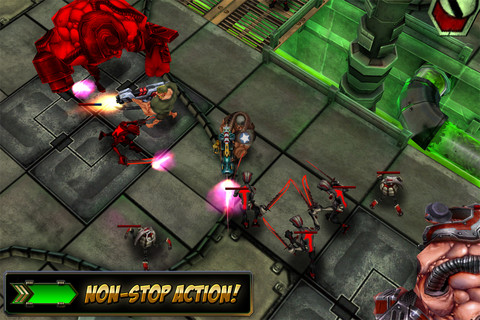 As you progress through the game you get some free upgrades to weapons and armor and some free Xplodium (currency) to buy more. You are always given the option of buying more Xplodium using real cash, but this is fairly unobtrusive and the game is still perfectly playable if you don’t want to pay.

Other nice touches add to the game-play, such as hyper jump pads that bounce you to other platforms and the Honey Badger vehicle that’s great for finishing off those hard-to-kill enemies.

While playable on a phone your thumbs do cover a lot of the screen, so if you have a tablet this game will really benefit from the extra real estate. Loading times are also a little on the long side, which can spoil the ability to pick this up for a quick blast. 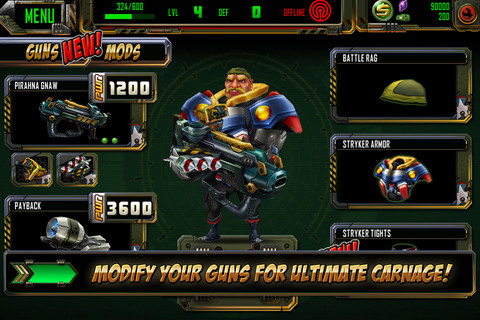 Overall this game is well worth the free download. Although game-play can get a little repetitive, graphics and audio are top notch and there is always plenty of new content to unlock to keep you coming back for more.