For the past month I have been using the PROBOX2 EX+ as my daily Android TV box. It’s had some fantastic reviews, and looks like a great option for people wanting an Android box to plug into their TV. 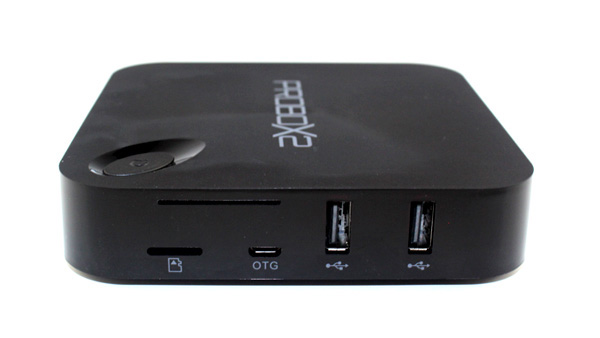 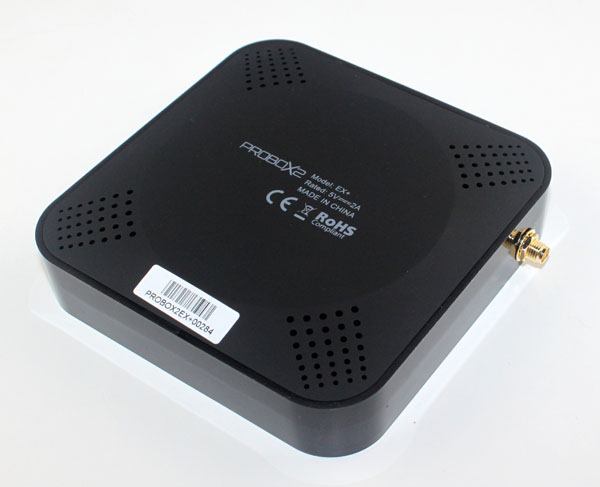 It sports a rather sleek black square case, with an oddly placed power button, which is a little bit in the box. The ports are positioned on the back and on the left and right of the PROBOX2 EX+. On the back, there’s the power port, video out, Ethernet, HDMI and audio.

On one side there is the microSD, OTG port and 2 USB ports. The other side is used for the wifi antenna. The IR remote that comes in the box is standard and does its job. It’s got media controls, Android buttons and mouse mode. There are 4 colored buttons which allow you to go directly into apps like Kodi.

The Remote+ controller I was hugely impressed by. Its small and basic, It’s got controls for volume control and Android buttons. But it works perfectly, I mainly use the air mouse feature to navigate the OS, and the arrow keys for Kodi. I’m not a huge keyboard user, but the integrated mic means I can voice type when I need to. 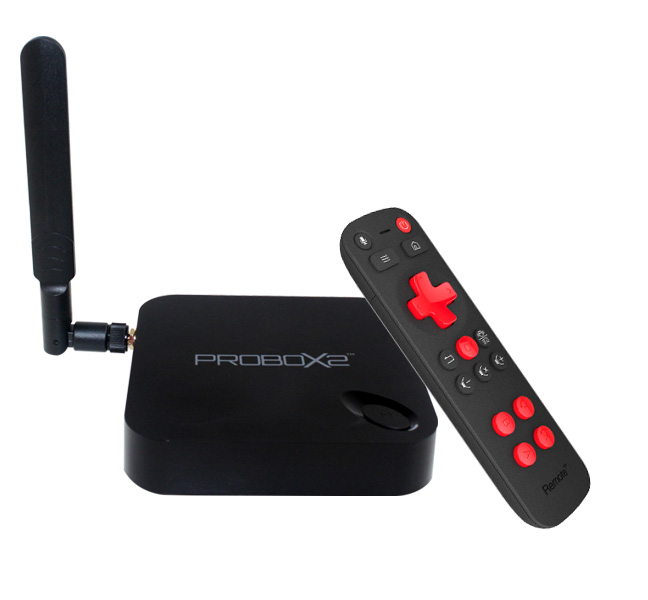 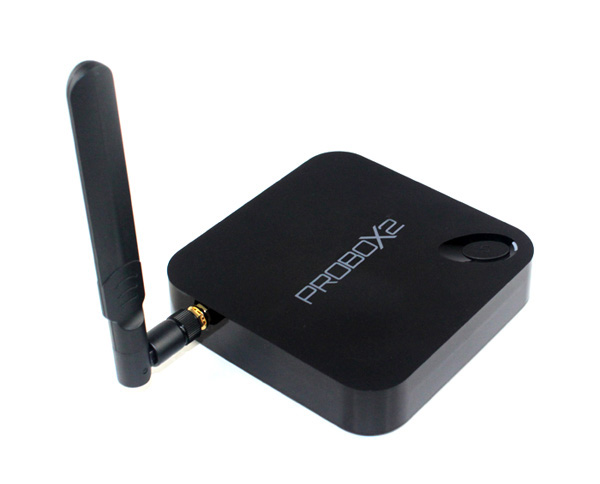 The initial boot took around 1 min to do, but it can go into standby which means It can be “on/off” instantly. PROBOX ships the EX+ with a custom launcher. I am still waiting to be impressed by a custom launcher, and this wasn’t one of those occasions. I ended up installing Nova Launcher and works wonders.

PROBOX have included Hulu, Netflix, MX Player, some games and Kodi 15.2. This pre-installed version of Kodi is customised, with PROBOX preinstalling a number of add-ons for video sites.

The processor on the PROBOX2 EX+  handled Android Lollipop with no issues. There were no noticeable problems when using the OS. Though they are not pushing out Firmware updates every day, the system feel stable. I was also happy to see that it came pre-rooted, I was able to install and run Titanium backup, and Adaway. 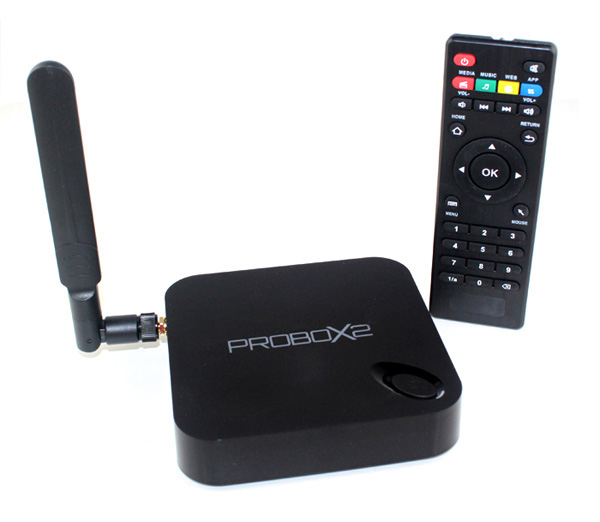 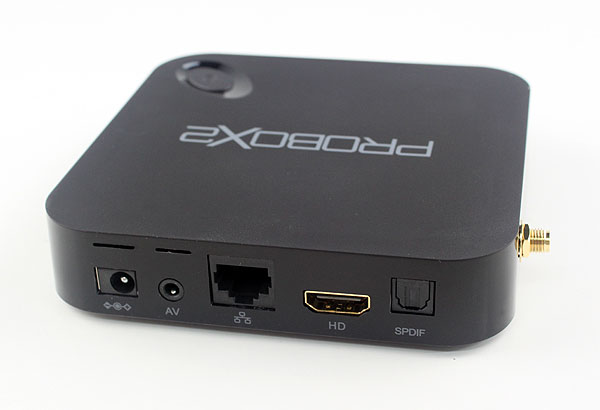