Sold by the company known as Rollerblade, I have recently purchased one of their sets of inline skates. In this case, it is a set known as the Macroblade 84 Alu. Using these over the past several weeks has been a very interesting experience for me, considering it’s a hobby that I haven’t done in nearly two decades, leading up to my purchase of this particular pair. I acquired them for a variety of reasons which I will spare you from at this time, but I have found using them to be very enjoyable. 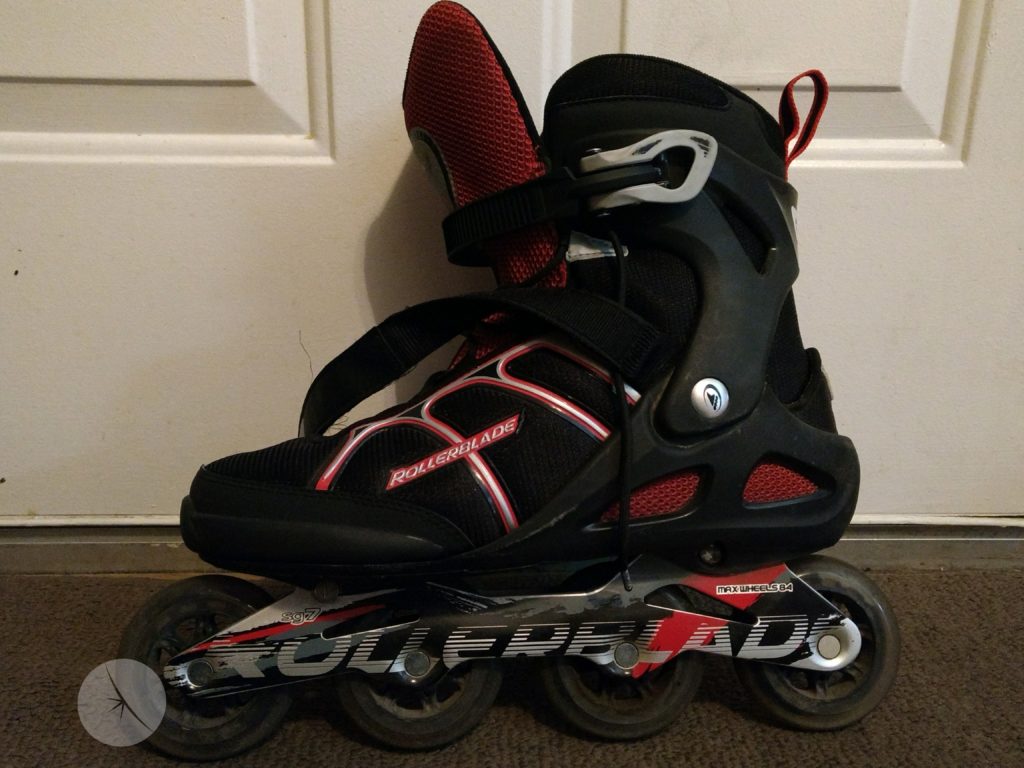 There were a few reasons why I selected those particular. First, the skates use four wheels at 84mm in height. In researching skates, I’ve learned that the taller the wheel, the more useful they are for speed and distance, whereas shorter and flatter tends to be for aggressive/trick skating. With this height, the wheels lean toward the former’s end of the spectrum. I’ve also learned that there are levels and grades to the quality of bearings. They typically rank on a scale of 1 to 9, with 9 being the best, and these slide in at a 7. Lastly, where the frames that hold the wheels in place beneath the boot. I learned that they tend to come 1 of 3 tiers. The lowest tend to be some sort of plastic, which is cheap, relatively heavy, and not always the most sturdy. The highest level tends to be some sort of composite that is very sturdy and very light. The frames on these are made of an aluminum. It’s not the super expensive composite material, but is appreciably lighter and sturdier than the plastics found at the low end of the skating spectrum. All told, despite not having skated in nearly two decades, I could immediately feel the difference between the quality that I found in these skates, and what I remembered from when I was younger. I think this is largely due to the frames and bearings being of superior quality. 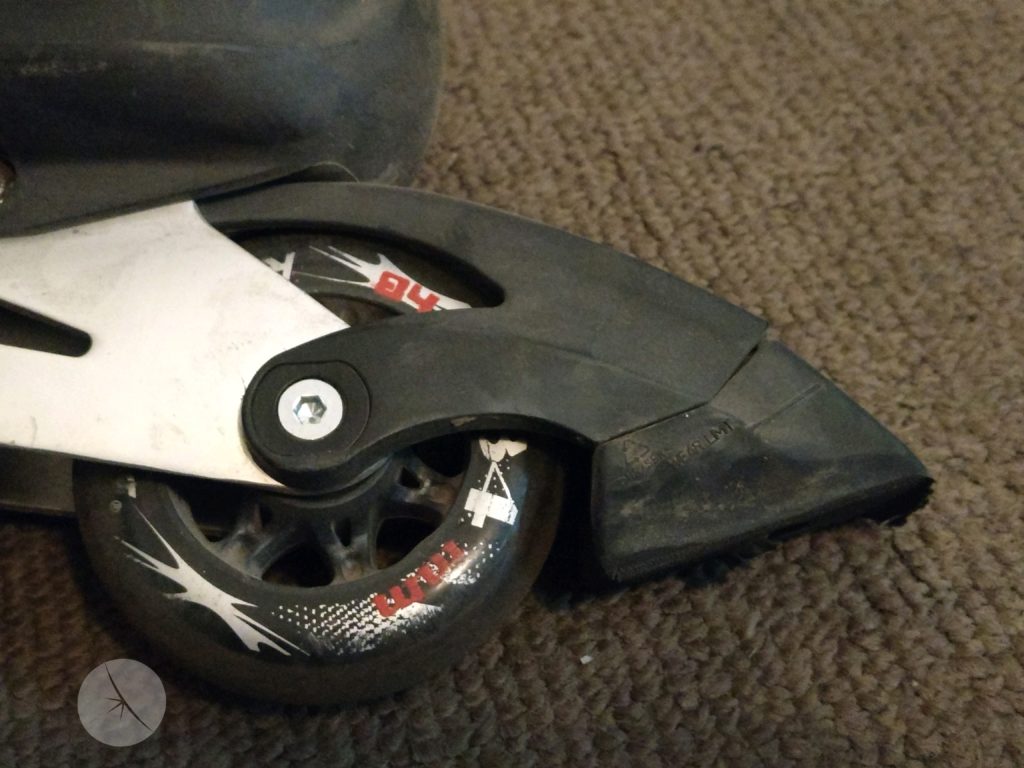 The pair of skates contra with only a stopper in the right skate, and none on the left. 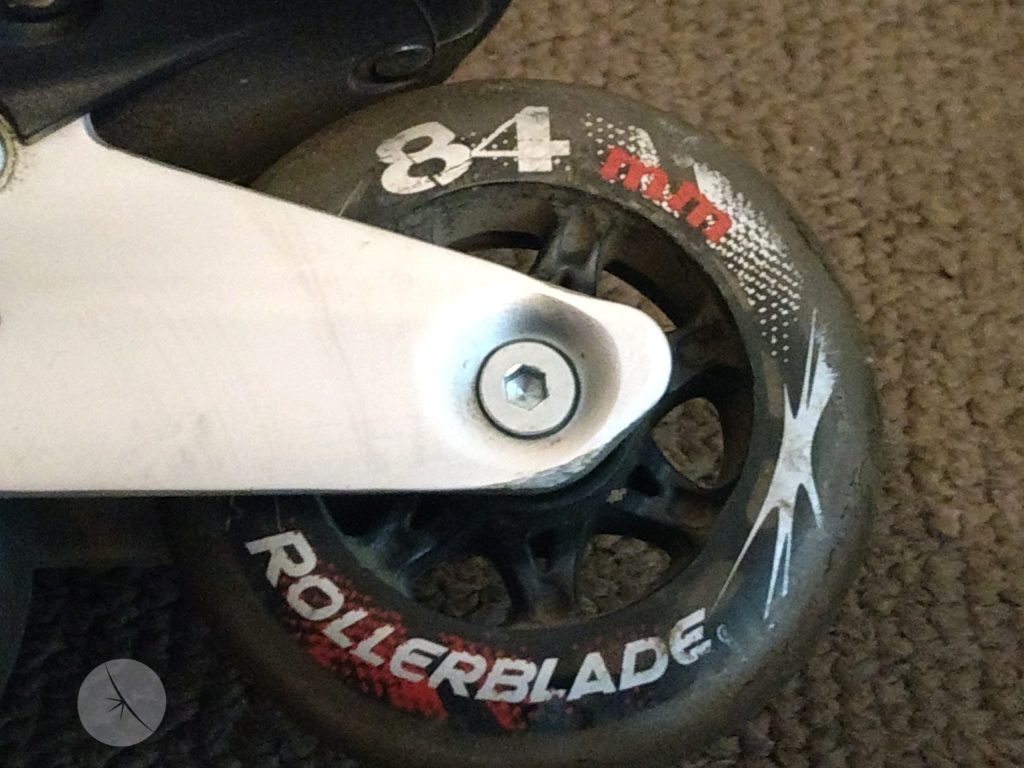 The appearance of the skates struck me as a very nice when I first got them. They were designed to be almost all black on the boot, silver colored frames, with either green or red (I chose red) as the secondary color on the boot/frame/wheels, with some gray or silver coloring, in a complimentary sense. Frankly, I found its appearance appealing, and feel good about wearing them out and being seen doing so, at that. They also fit as well as they looked. I typically wear a size 10.5 to 11 in my sneakers, and I tried on both sizes 10 and 11 at the store. I settled on the size 11 as the 10s caused my toes to bump up against the very front of the boot. With the 11, it still feels snug in my foot without being cramped. The skates use three different ways for users to fasten them on too their feet. At the bottom, are the black laces (resting over a red tongue). These start like any sneaker, and lace up above the ankle. Directly over the ankle, users have a black Velcro strap. When I fasten this snugly in place, a good amount of the strap overshoots the matching and opposing side of the strap. It’s not the end of the world be any means, but I think a slightly shorter strap would’ve served better in this case. Across the top of the boot, and tightening things in place near the bottom of the shin, it’s a buckle that snaps into place and is then closed over top of the boot. All told, the entire thing works well, keeping things snuggly and tightly in place while skating. Well I would prefer two buckles over a single buckle and a velcro strap, the velcro is so far keeping up and working well. I do worry though, that the Velcro may wear out in time, and I’m not sure how easily that could be replaced, if it can be replaced at all. In my experience, Velcro eventually gets to the point where it doesn’t work very well. Maybe the part of the strap that reaches beyond its pairing, could be used if I were to glue more Velcro in place, along the outer side of the boot. 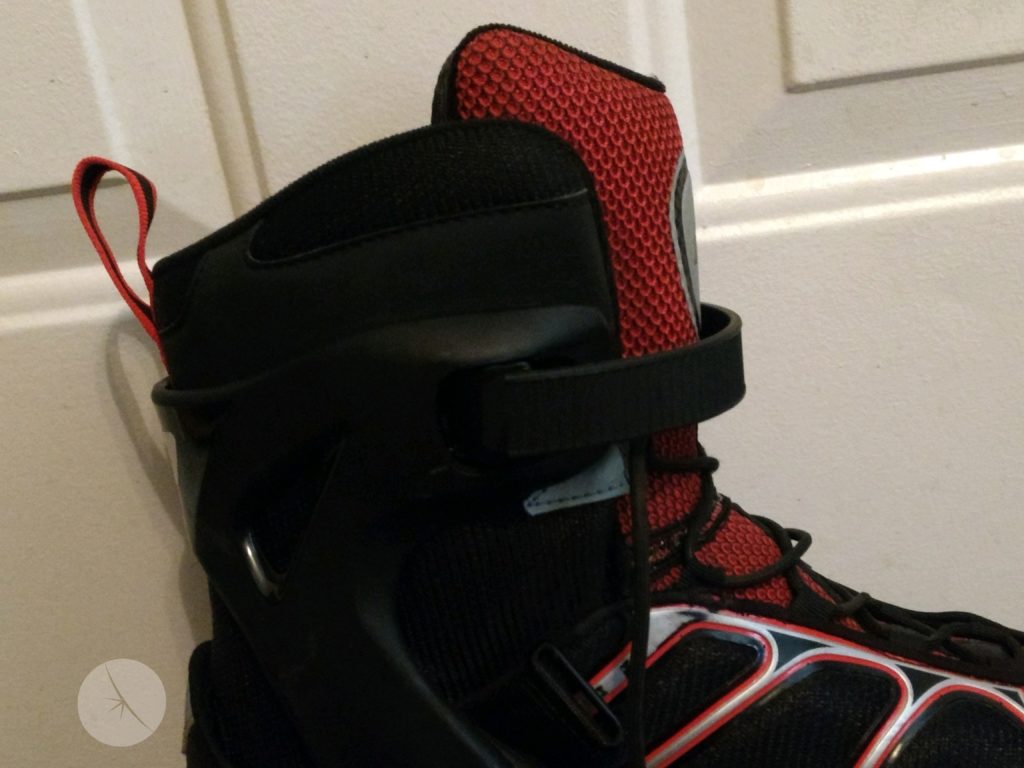 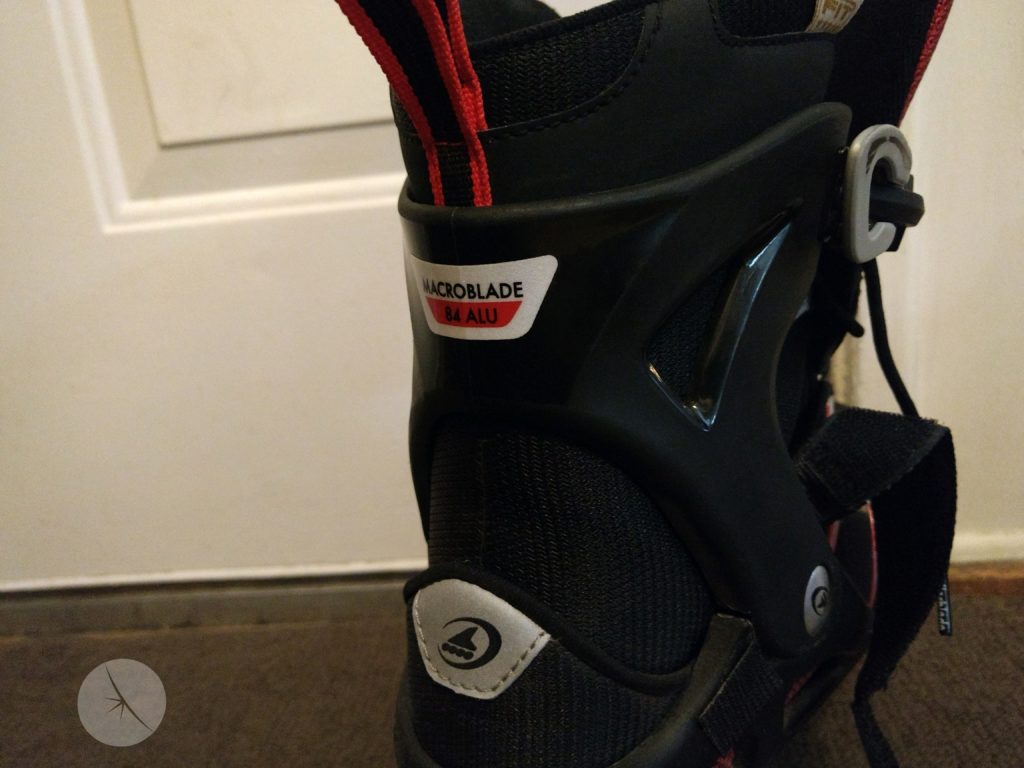 As for performance, do you skates are NICE. I can easily see the difference in the skates I have now, even nearly 20 years since I last owned a pair. My skates cost me to move faster, and coast significantly farther, than I would have thought possible as a teenager. While the wheels seem to wear down significantly faster than one would have expected in the 8 or so weeks I have owned these, and not used them on a daily basis, they otherwise perform very very well. I think these are good skates for intermediary skaters, or people who plan to ramp up to that level. I don’t see it being problematic for someone who would want to learn inline skating on a pair such as these, but there’s a high ceiling that goes with this pair of skates, if the speed or distance skating is the direction they want to go in. There are other types of skates out there, that will serve better for the more advanced skaters that are looking for a set that focus exclusively on distance or speed, with wheels that are nearly half again the height of the wheels on this model, and are a bit more customized towards that specific subset of skating. But for someone either looking to skate without worrying about picking up too many tricks, or are looking to move beyond a cheap beginner pair, these would fit that bill quite well. They practically glide on pavement, do a good job of preserving the skater’s momentum, and have a solid fit and feel. I believe this was money well spent for me, and can recommend these to just about anyone looking to pick up inline skating, or progress therein. 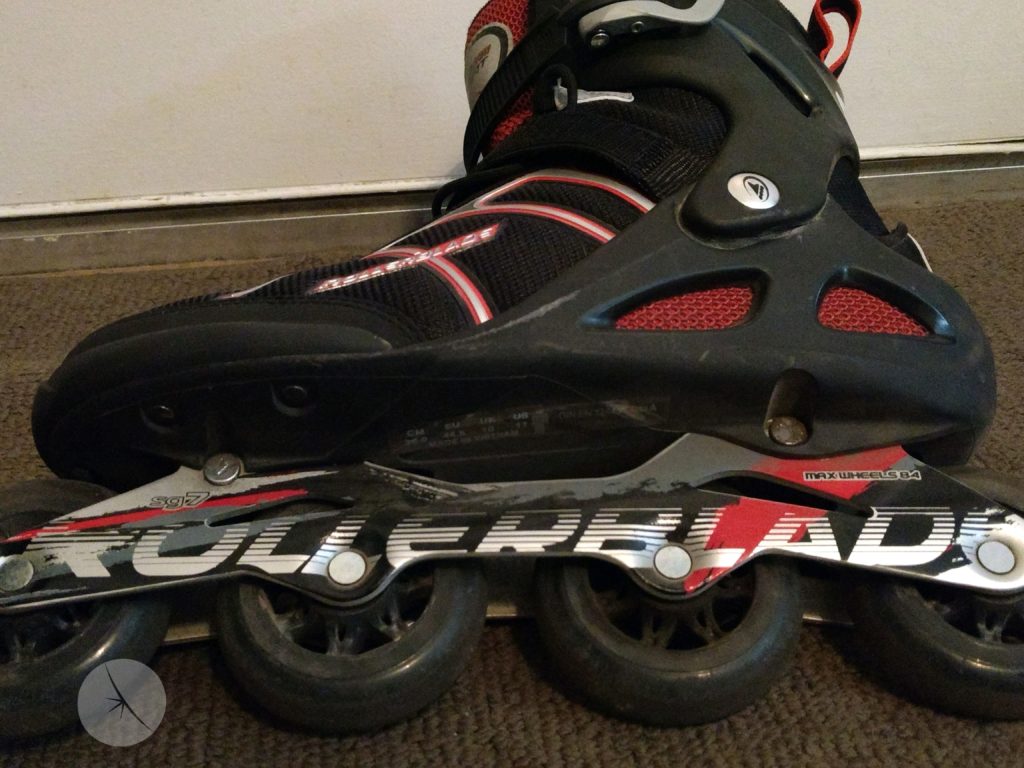