Wireless earbuds seem to be all the rage these days. I’ve been playing around with a pair from E.C. Technology. My experience with these has been mixed at best. The unit that I was sent is on both the buds that came on it red with black on parts of the buds, as well as the dongle built into the cord, where the controls are located. This color scheme was the first thing to hit me, when I opened up the box. The amazon listing doesn’t seem to have this one any more, and I’m slightly disappointed at that. I found that I really enjoyed the red, as it strikes me as a bold color, especially when compared to the more muted blacks and grays I’ve seen on other units. 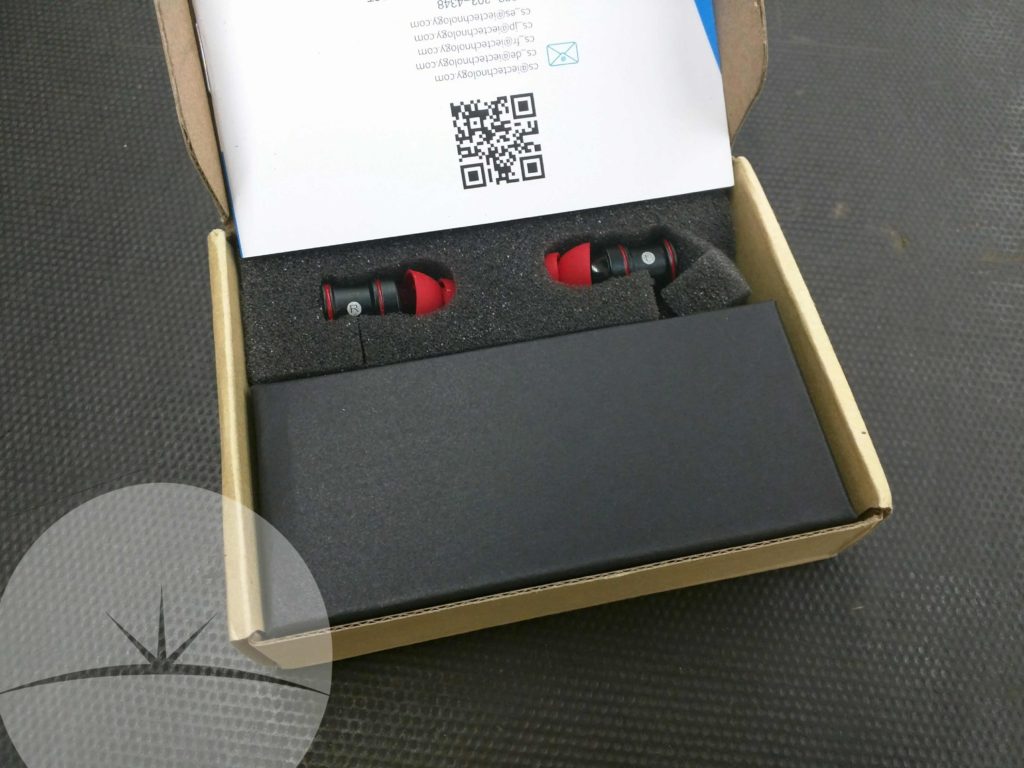 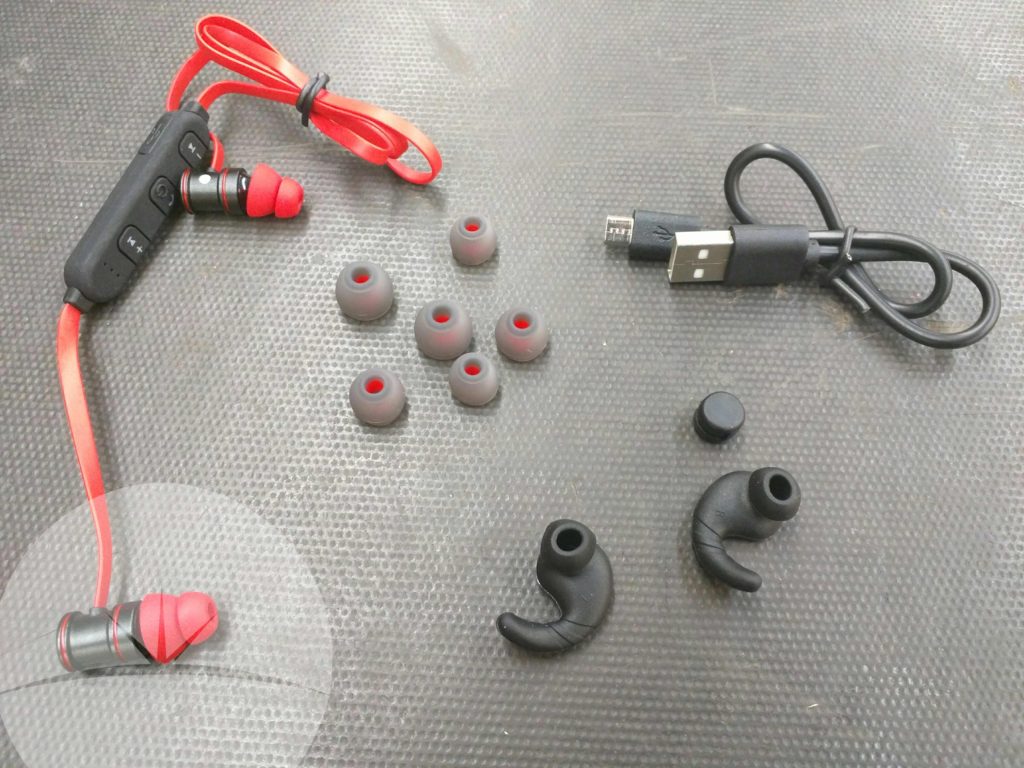 The performance of this unit is where things got iffy. On the one hand, the range of highs and lows on this wasn’t bad. Now don’t mistake that for great, but it wasn’t bad. I could use this, and be able to focus on whatever I’m was doing, as opposed to being bothered over the lack of highs and lows while trying to complete a task. I’ve heard better, especially on buds that plug in via 3.5mm jacks, but it’s a safe bet that prospective users could do worse. Another plus is that the earbuds are magnetic, on the end facing out from my hear. this allows them to be held together around my neck, or something else, to keep them from falling off (which did happen to me once, when I let them dangle loose around my neck). 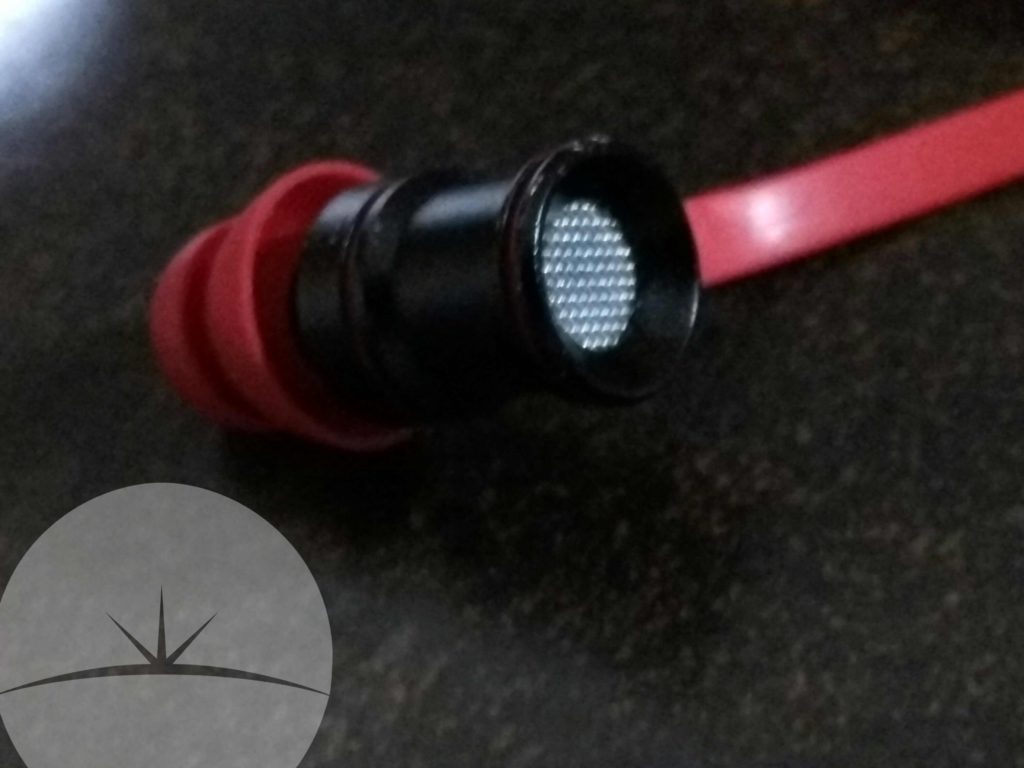 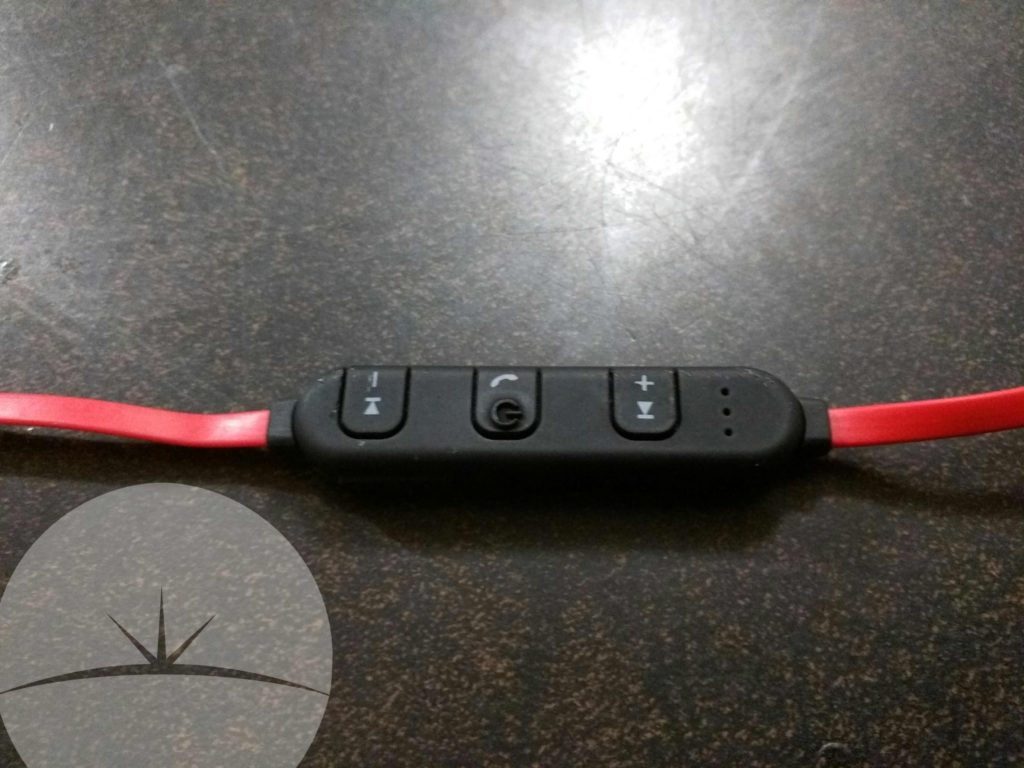 The battery life, on the other hand, was surprisingly short. Given the size of the control dongle, I thought that I’d done something wrong, when I tried in two seperate sessions, to see how long the battery would last. It died after a little under 3.5 hours of use. I ran a second test again, and got the same result over two sessions, powering it down in between the sessions, in both tests. Given that most other ear buds I’ve tested are close to five hours, somtimes a bit more. I was disappointed to get so little use out of them. Another smallish issue I came across was how I sounded to the other caller. I was able to hear the other caller clearly, but apparently I came across as muffled. I could be understood, but the caller had to think about what I was saying. 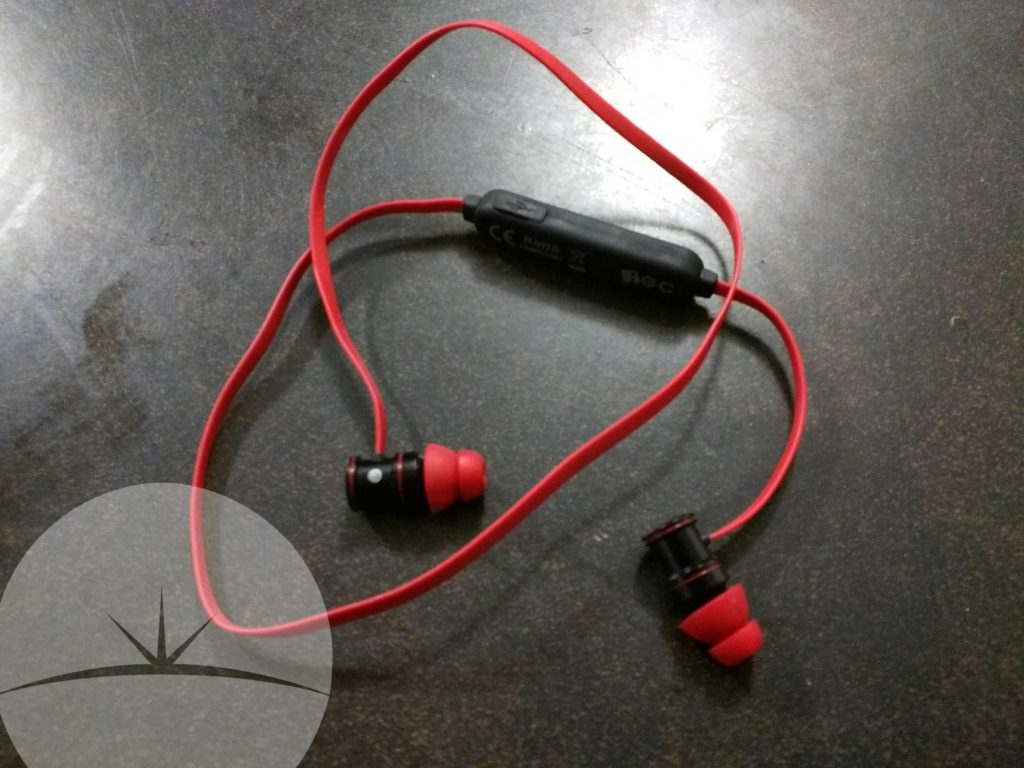 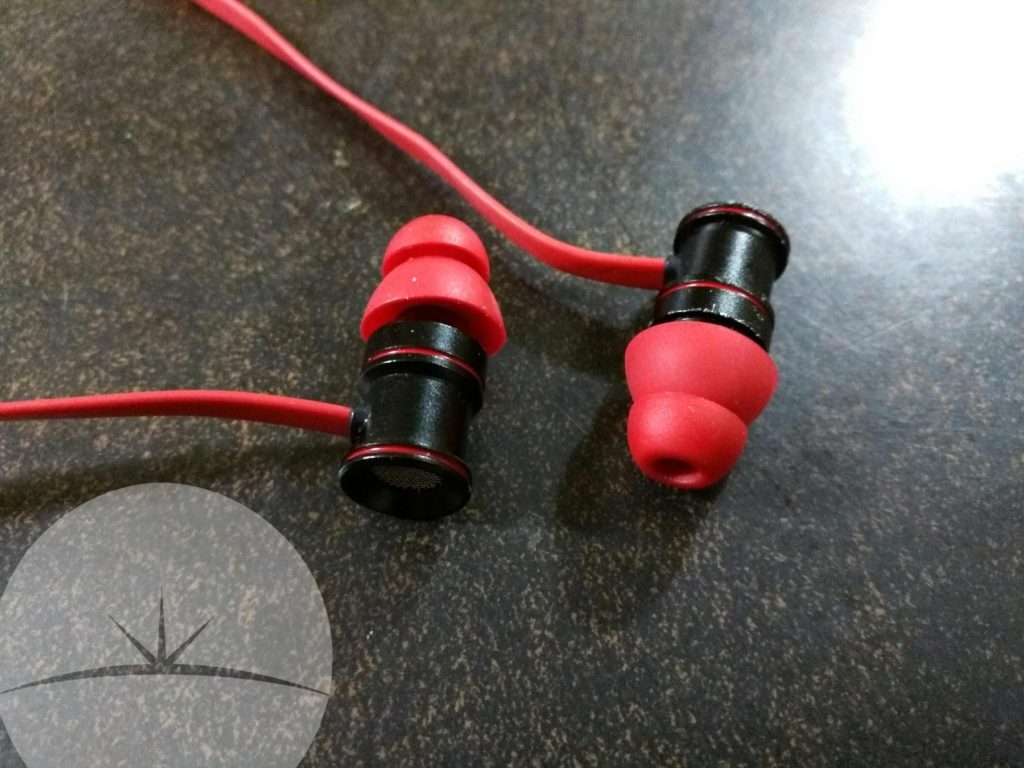 The last point that I am compelled to mention is the control dongle. The power toggle is there, along with volume buttons that double as skipping, when held down longer. It paired without any trouble. The dongle proper is built around the cord, and rests some three inches below the users right ear. The problem with this is that it’s covered in a soft, rubbery coating, and I think that adds to its weight. I found the slack kept inching toward the right side, as the dongle would weigh it down. While it never got so bad as to fall out of my ear or anything, I did find myself fidgeting with it, to straighten it out, on a near constant basis. I think the weight of this dongle is also why I nearly lost So,take that for whatever it might be worth to you. In the end, I find it difficult to score this one highly. While the sound wasn’t bad, nor was its appearance, which are easily are offset by the short battery life, and control dongle that’s too heavy. Given that it’s got plusses and minuses, in a crucial area like the battery no less, I can’t give it more than a four.
Audio bluetooth
Average User Rating
0
0 votes
Rate
Submit
Your Rating
0
4