Me and my brother are massive fans of NERF, and to say I was excited when I was asked to review one, is an understatement. I was sent the NERF N-Strike Modulus Recon MKII Blaster, this is as its name suggests a modular weapon, so you can attach different barrells, clips and rails. Coming in at £25, this is a great starter blaster, with additional modular parts that can be bought and added later. 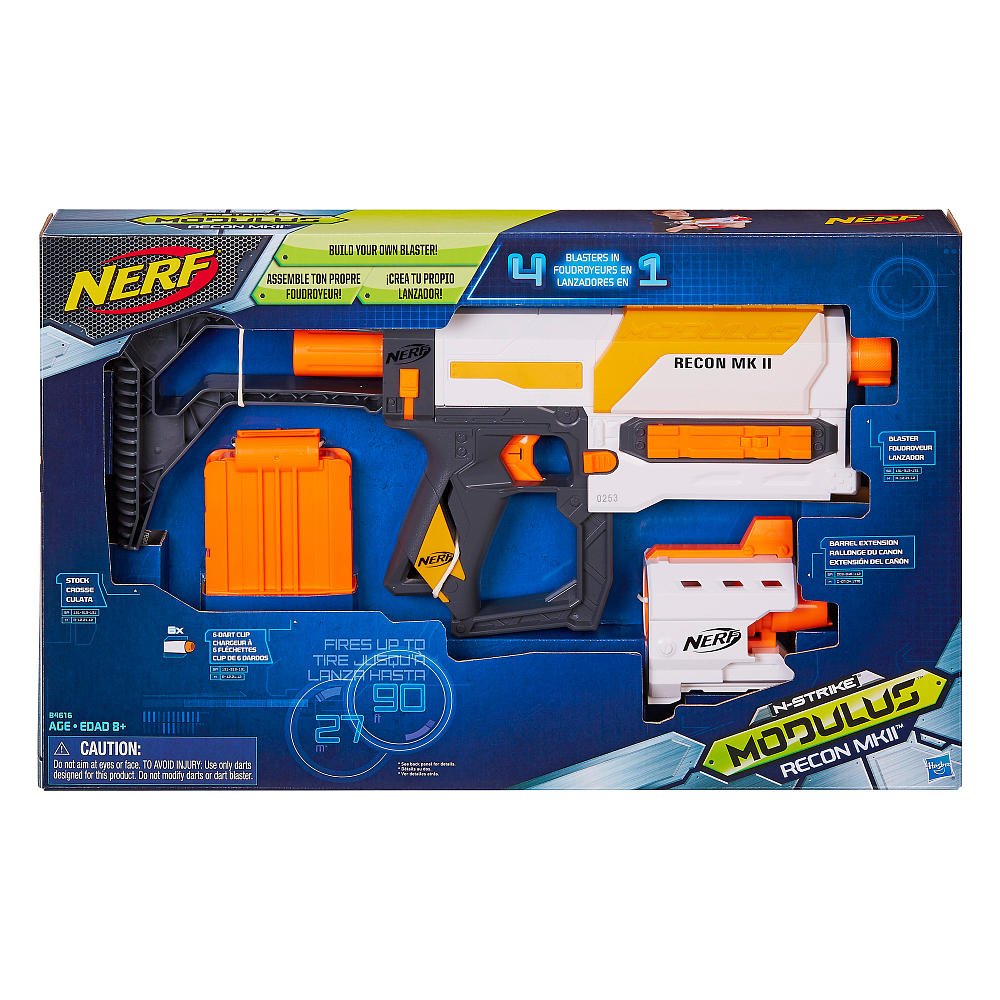 I’m not one to comment too much on packaging, but I love the NERF gun packaging. For the N-Strike the individual components are clearly labeled with some descriptive text underneath. For a kid, this is just cool, and gives it that “awesome” feel.

Setup was easy, as each modular piece slotted and clipped in with no problems. The clip included comes with 6 darts, a barrel attachment and a stock for the back. It’s a good blaster overall, though obviously no match for the bigger badder guns. I found I was about to get targets around 70 feet away, when angled for a longer range, this only got me slightly further at around 75 feet.

I was a little annoyed to see some mags for other guns wouldn’t fit in, the locking section on the back of them knocks into the trigger guard on the blaster. So even with a 10 capacity mag I was unable to use it. 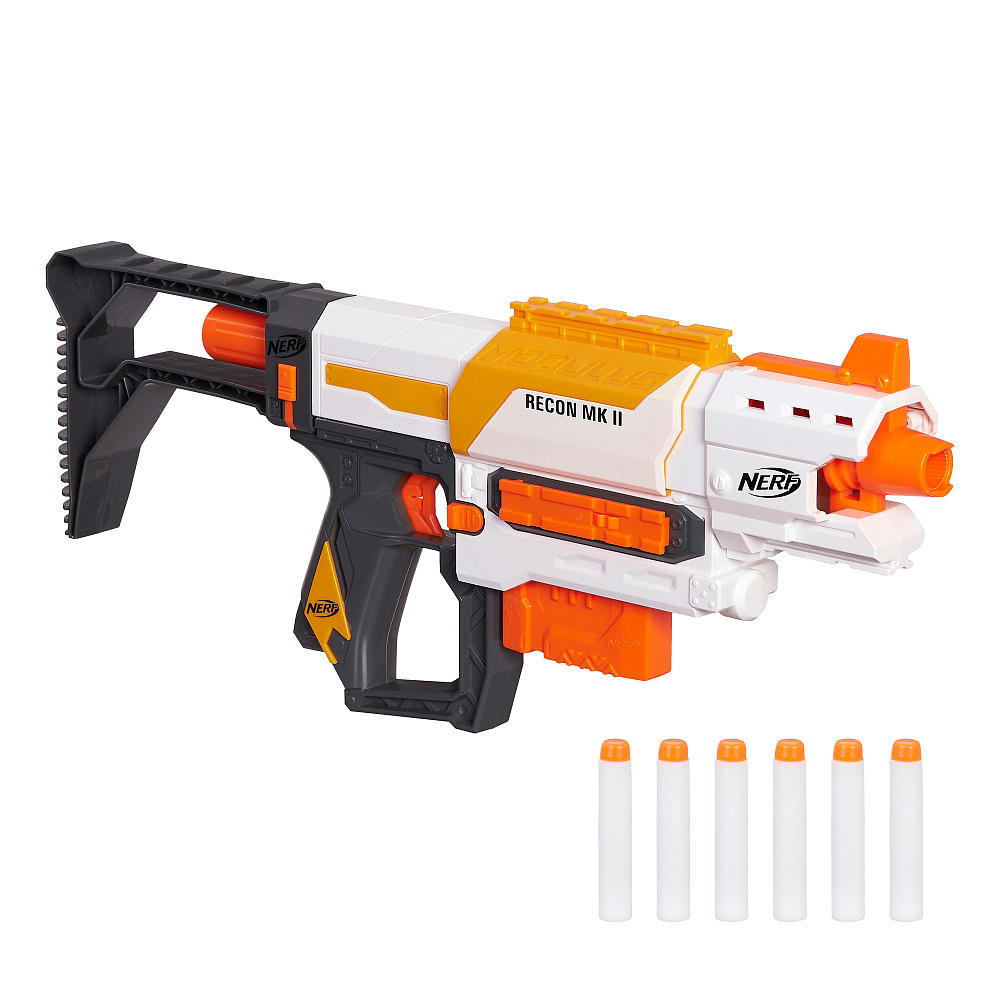 The right side rail on the N-Strike Modulus Recon MKII Blaster is great for attachments such as flashlights, the old recon light etc. I had no problem grabbing some and trying them out to see if they fit.

Overall I would say I am more of a fan of the N-Strike Elite Retaliator, though found the N-Strike Modulus Recon MKII Blaster to be a lot of fun. Combining it with older attachments is a good laugh and allows me to create different combinations.

Review: iMobie PhoneRescue for Android
May 15, 2018